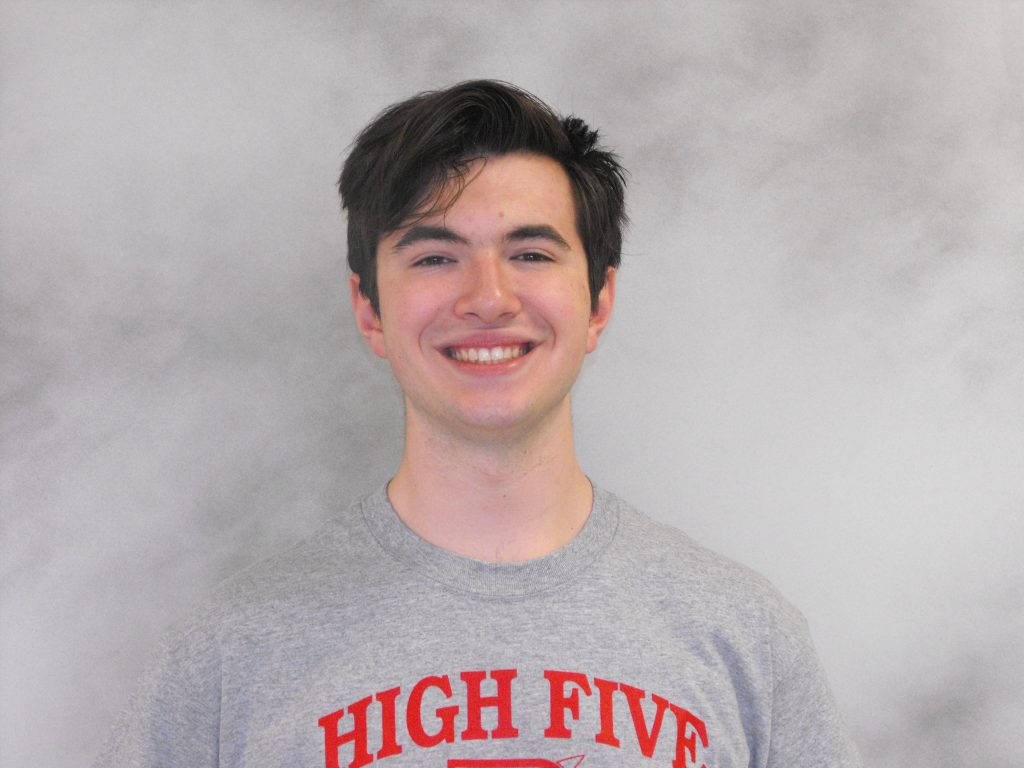 This weeks High Five is awarded to Matteo Coelho for achievement in our classrooms and for being a welcoming, kind member of the RMHS and greater Reading community. Matteo has compiled an impressive academic record in his years at RMHS. He has achieved at a high level while challenging himself with a rigorous course load that this year includes three AP classes and an Honors class. Matteo counts AP European History with Dr. Ryan, AP Art with Ms. Gilbert, and Honors Film and Literature with Mr. Broken Rope as his favorite classes this year. Ms. DiStaula, Matteo’s Intro to Calculus teacher, is impressed by Matteo’s attitude in class. She says, “He is always one of the first students to offer to walk the class through a problem at the board, no matter how challenging it may be, which speaks to his ability to take risks and be a leader in the classroom.” Creative expression is something that Matteo takes seriously. In fact, his favorite thing about RMHS is how many opportunities there are for creative expression. Matteo has found outlets for his creativity in our art classes and in his role as Paint Charge for the RMHS Drama Club, a role that makes him one of the key players in scenic art design for RMHS stage productions. Matteo also pursues film and video production with great passion. He has taken video production classes at RMHS and he works part-time outside of school for RCTV, often helping to broadcast and record town government meetings for our local cable television channel. Matteo is a leader in our school. He has formal leadership positions such as President of the Art Club and President of the Reading Independent Video Club, but it is the way he interacts with peers and adults at RMHS that makes him a great example for all of us. Ms. DiStaula says, “Matteo is one of the kindest students I have come across in my career as a teacher. I see his kindness every day in his interactions not only with me, but all of his classmates as well. I am confident that Matteo will accomplish great things in the future.” Next year, Matteo will attend the Pratt Institute in New York City where he will pursue a film/video major. Congratulations, Matteo!