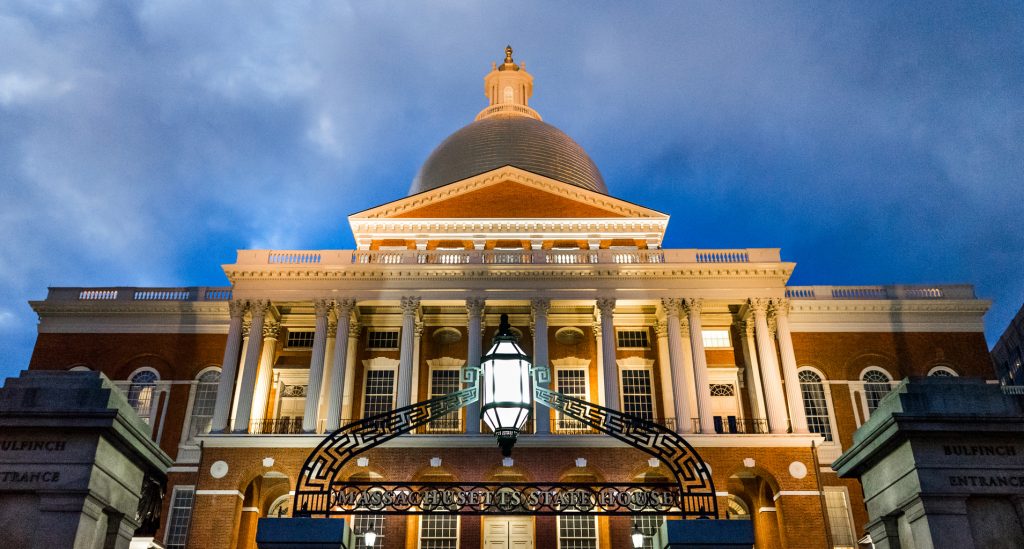 Days before the nation celebrates Veterans Day on November 11, Representative Bradley H. Jones Jr. (R-North Reading) and Representative Richard M. Haggerty (D-Woburn), along with their colleagues in the House of Representatives, voted to unanimously pass two pieces of legislation, which would improve mental health care for student veterans and honor the military service contributions of a female American Revolutionary War soldier.

The first bill establishes a continuing education program – administered by the University of Massachusetts Medical School – to train public higher education counselors to recognize the symptoms of conditions like post-traumatic stress disorder (PTSD) and to familiarize them with available resources for treatment for veterans attending state colleges and universities. The legislation aims to provide the necessary training for both clinical and non-clinical counselors working to support the unique needs of the more than 2,500 veteran students attending the commonwealth’s 29 public institutions of higher learning.

The second bill provides for a 15-member commission to design a memorial in honor of Deborah Sampson, who disguised herself as a man in order to serve in the Continental Army during the Revolutionary War. The commission will consist of legislators, the Secretary of the Department of Veterans’ Services, the Adjutant General of the Commonwealth, and representatives of veteran organizations.

“All of our veterans, past, and present deserve our full support and appreciation for their service to our Commonwealth and our nation,” said Representative Jones. “By establishing a continuing education program at our state colleges and universities focused on deployment-related health conditions, we can ensure that returning veterans who are furthering their education but are struggling with PTSD, depression or other issues related to their military service can get the help they need. I am also happy to support the creation of a permanent memorial at the State House for Deborah Sampson so that more people are aware of the important role she played in America’s War of Independence and her legacy as the first female veteran to receive a military pension.”

In 1782, Sampson used the name Robert Shurtleff to join the elite Fourth Massachusetts Infantry Regiment led by Captain George Webb at West Point, NY. Over the following year and a half, she participated in dangerous scouting missions, led a raid that brought about the capture of 15 Tory men, and stormed a British fort during the Siege of Yorktown.

Over the course of her service, Sampson sustained injuries including a forehead gash from a sword and a gunshot wound to the thigh. For the latter, she removed the bullet herself to avoid detection as a woman. When she later fell seriously ill and was hospitalized, her identity was discovered. On October 23, 1783, she received an honorable discharge and was the only woman to receive a full military pension for her service in the Continental Army. John Hancock and Paul Revere assisted her in obtaining her military pension, and General John Patterson selected her as his aide de camp due to her bravery and leadership. Sampson is the official state heroine of Massachusetts.

“As our veterans transition from military to civilian life, it important that counselors are familiar and prepared to meet the challenges they face every single day. This bill will improve mental health care at our state institutions and ensure counselors are properly trained to aid those affected by conditions such as PTSD, providing the necessary care our Commonwealth’s veterans both need and deserve,” said Representative Haggerty. “We also honor our female service members past and present through the commissioning of this memorial, recognizing the service of one of our nation’s great patriots, Deborah Sampson.”

The two bills build on the House’s longstanding support for veterans, with Massachusetts’ benefits and services often ranked as first in the nation. Most recently, the General Court passed the BRAVE Act as well as legislation to assist veterans with funeral and burial expenses and property taxes.

The bills will now go to the Senate.