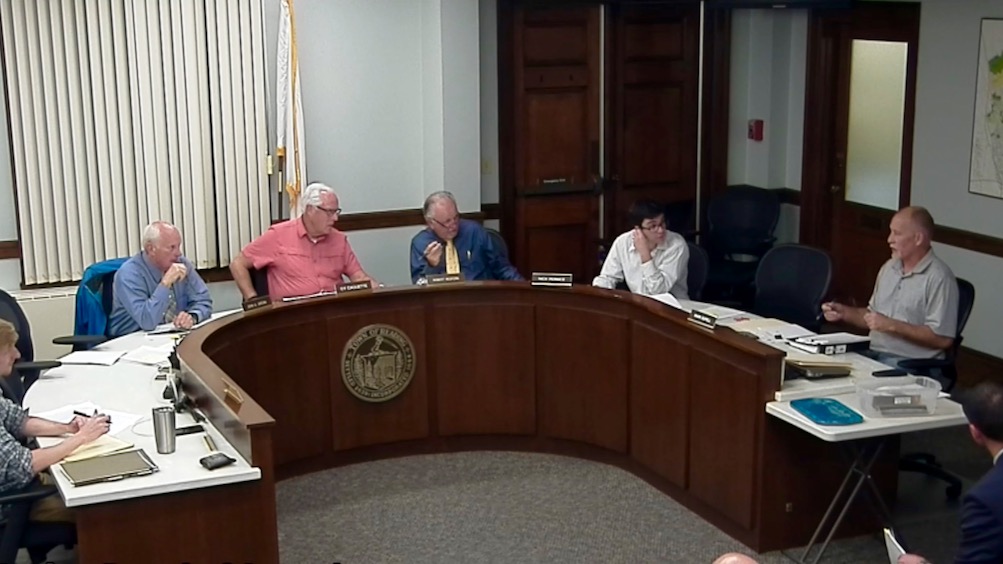 A special permit to allow residential parking in an S-15 zoning district was granted to Stonegate Construction by a 4-0 vote of the Zoning Board of Appeals (ZBA) on Wednesday, October 2. Stonegate plans to build an apartment building on the former Smith Oil site at 259-261 Main Street. Most of the proposed project falls in the A-40 zoning district. Attorney Josh Latham, representing Stonegate, shared that the current proposal complies with all the requirements for the A-40 zoning district. The only exception is the small portion, intended for parking, which is in the S-15 district. While most of the parking will be located under the building, a small area behind the structure would need to be set aside for twelve additional parking spaces and a loading area. This section falls into the S-15 zoning district. For parking to be allowed in the space, relief needed to be granted by the board. Latham argued that the parcel has been used for commercial parking by Smith Oil and that its continued use for residential parking is more conforming than its current use. Board member Nick Pernice agreed stating that the proposal was, “more consistent with neighborhood character.” The board did insist that the new lot contain no more than twelve spaces. The proposed development will now go through the typical site plan review by the Community Planning and Development Commission.

ZBA also voted 4-0 to grant a special permit for a new covered front porch on an existing non-conforming structure at 11 Nugent Lane. Owner Brian Learned had previously received a special permit to make a two-story addition to the home. The structure is on a cul-de-sac that was added after the home was built and the cul-de-sac was built too close to the house, according to zoning setback standards. The second permit is a result of a slight design change to the project, moving the front door to a new location, thus requiring the removal of an existing platform step and placing a new front step at the new location. The new porch will not change the existing non-conformity.