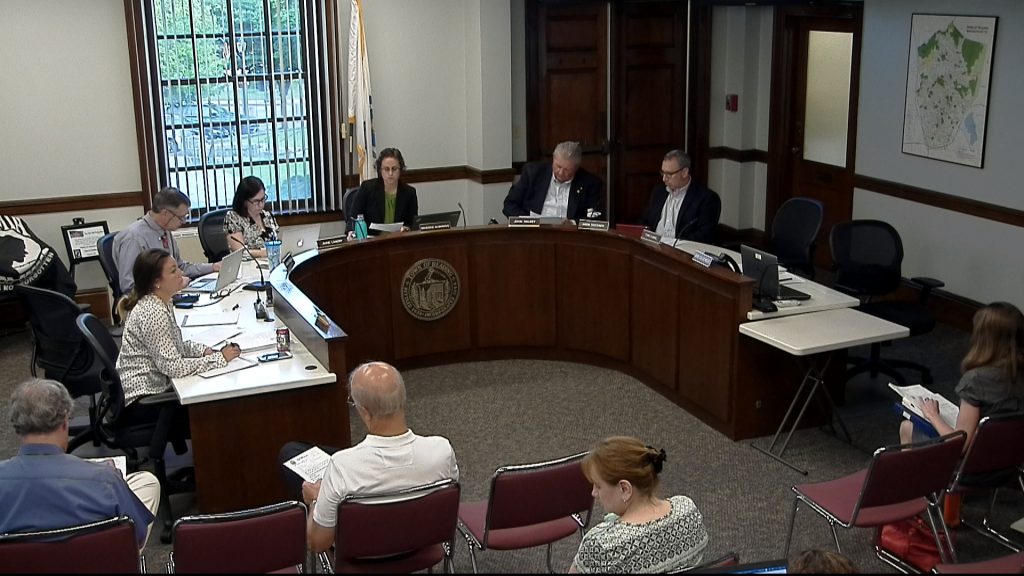 Members of the Select Board, Haverhill Street residents, and Town Manager Robert LeLachuer all expressed frustration regarding the lack of local control over speed limits on Haverhill Street at the Select Board meeting on July 9. Subsequent to the Select Board decision to lower the speed limit on the street to thirty miles per hour earlier this spring, several communications have been received by the Select Board expressing concern that the new limits were too slow for the heavily traveled road. A memo regarding a decision by the Board of Selectmen in 1974 to give authority over Haverhill Street and several other streets in town to the Massachusetts Department of Transportation (MassDOT) was discovered as a result. LeLachuer had not been previously aware of the 1974 decision and showed frustration in his dealings with MassDOT, stating that, “Reading was a very different town in 1974.” In a memo to the Select Board, he took responsibility for the oversight. No records have been found explaining why the 1974 board made their choice.

MassDOT has ordered that the new thirty miles per hour signs be removed and that the original speed limit signs be returned. Reading may request that MassDOT approve the changes through an extended process, but only after an outside traffic study, which has very different parameters than the one conducted by the Reading Police Department. LeLachuer discussed with Representative Brad Jones the possibility of removing the streets from MassDOT authority through a home rule petition. Select Board chair Vanessa Alvarado also contacted other members of Reading’s legislative delegation with similar inquiries. Several residents of Haverhill Street shared that they do believe that the slower speeds have made the street safer for those who live on the street. Alvarado will be coordinating with LeLachuer regarding future plans with the legislative delegation. 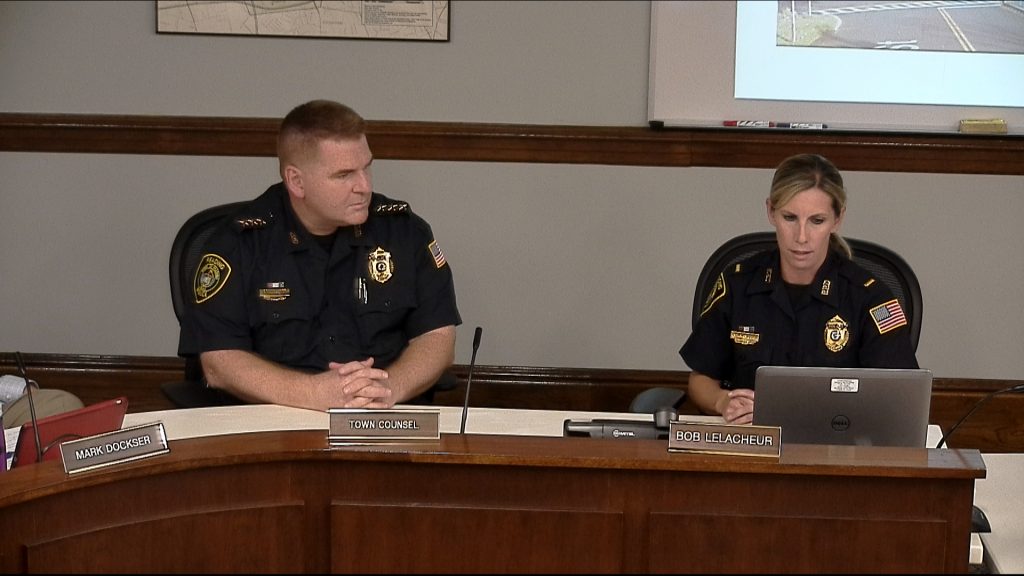 The Select Board voted 5-0 to approve several safety changes around Reading Schools including making permanent trials on Summer Street around the Joshua Eaton Elementary School. These include no parking on Summer Avenue in the drop-off area in front of the school from 7:30am-8: 30 am each school day. Oak Street onto Summer Avenue will now be a right turn only during the same hours. There will no parking in front of 23 and 25 Temple Avenue to allow easier access for emergency vehicles and buses into Parker Middle School. The board also voted 5-0 to make the turn from the northern end of Pearl Street onto Main Street a right turn only. 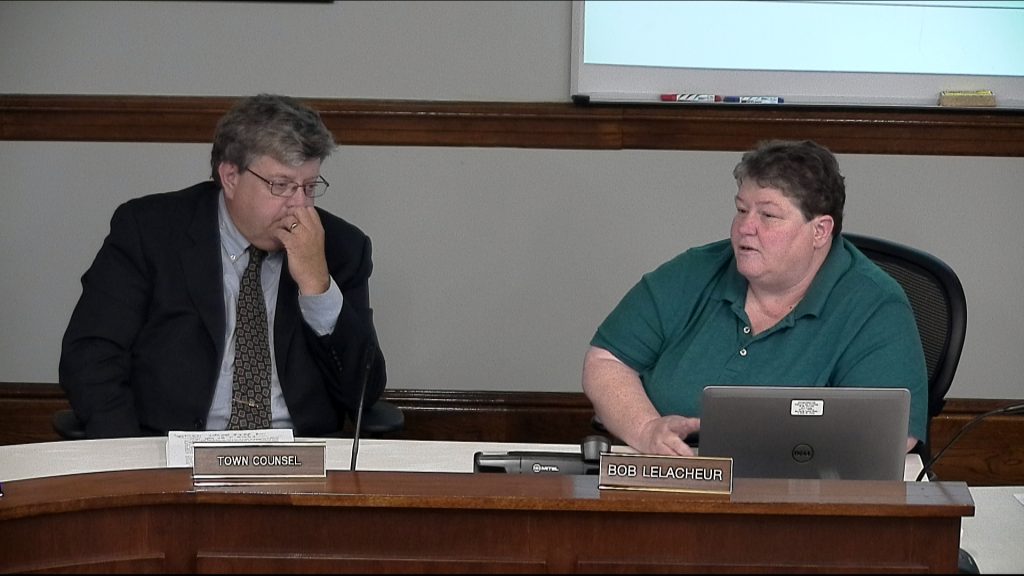 The board voted 4-1 to combine the Presidential Primary and the local election on the primary date of March 3. This was decided despite the recommendation from Town Clerk Laure Gemme that the elections stay separate. Reading has combined these elections since 1984. Gemme’s concern was over the number of poll workers to staff the duel election and the sheer number of ballots that would have to be processed on that day. Assuming the state authorizes early voting for the primary, by law, the local election would also have to allow early voting as well. Alvarado pointed to statistics provided by Gemme that show greater turnouts for local elections when combined with Presidential Primaries. Alvarado also stated that working parents find it difficult to manage to vote when there are multiple election dates. Select Board member Andrew Freidmann stated, “That the most voices are heard is our priority as a town government.” Select Board member John Halsey was the dissenting vote, expressing concern over the workload the combined election will create. 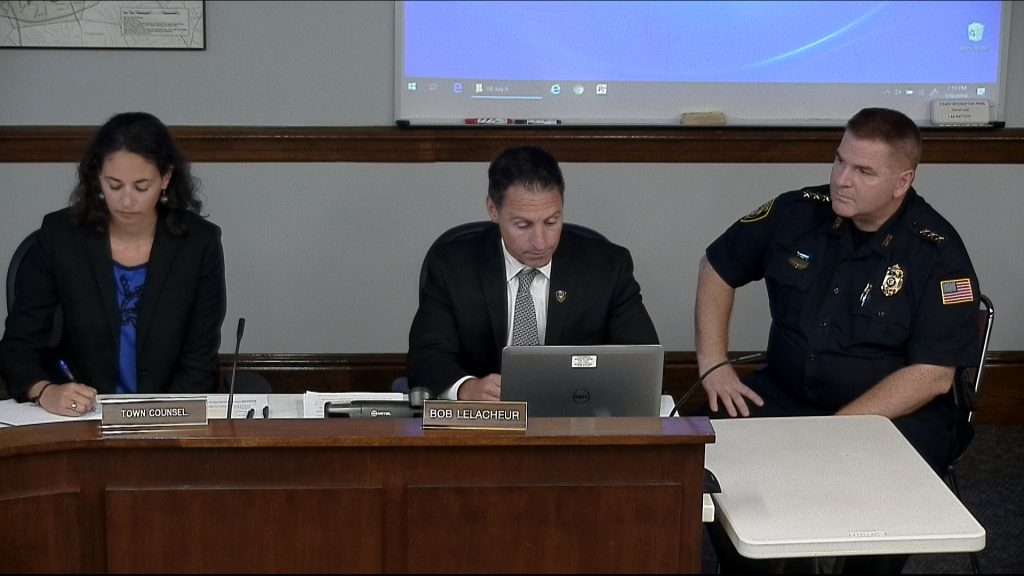 The Select Board continued the hearing regarding the alleged charges that Baystate Liquors sold alcohol to minors on two occasions, May 18 and May 31. The first alleged violation was the result of a traffic stop. Evidence from the traffic stop led to surveillance by the Reading Police Department which resulted in the second alleged incident. The current owner of the store, Tarak Patel, has owned the store for three years and these allegations are the first since his ownership of the establishment. Attorney Jim DiJulio, speaking for Patel, questioned whether charges of sales to minors should be affirmed given that the sale was not “intentional.” The board will be considering whether the evidence suggests a violation of the license and if so, what consequences the store may face. Also at issue could be a violation of Select Board policies regarding the training of employees. The case will be continued to August 27 at 8:00 pm.

The board also voted 5-0 to acquire the “Zanni” land on Haverhill Street and Symonds Way as authorized by Town Meeting in April. The board approved, by a vote of 5-0, the procurement of a new Affordable Housing Monitoring agent for the Reading Woods development. 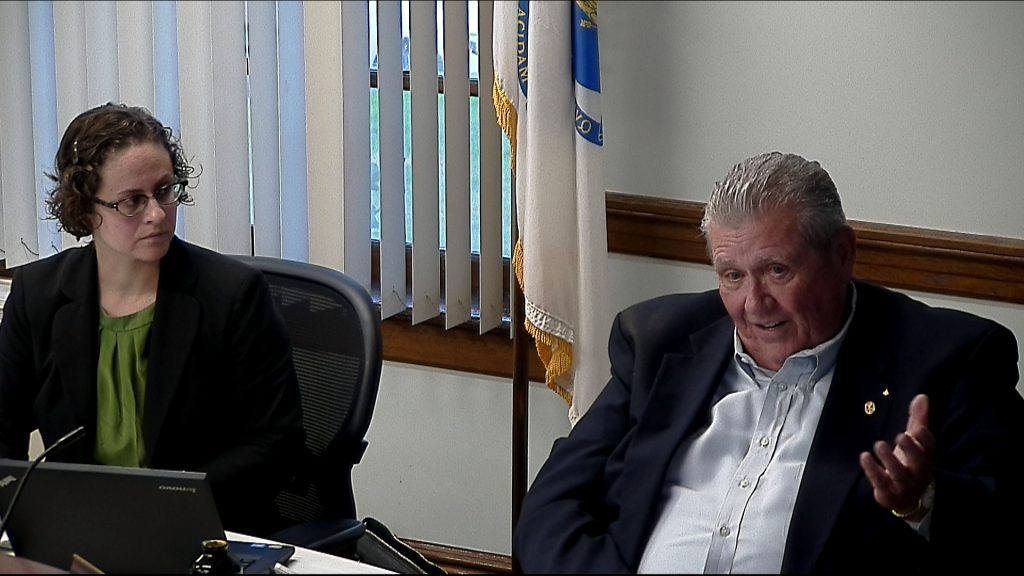 A lengthy discussion was held to determine if language in the creation of the ad hoc Human Rights Committee should be changed given that a few voting members of the ad hoc, specifically a METCO parent whose child is in the Reading Public Schools and Superintendent of School John Doherty, are non-residents which is possibly in violation of the Town Charter. Town Counsel Rey Miyares recommended that the committee be dissolved and a new committee be reconstituted under the office of the Town Manager, which follows different rules. Members Anne Landry and John Halsey expressed that this would be their preferred solution. Halsey referring to the plan as “elegant.” Friedmann suggested that the committee was a temporary one and that it should be allowed to move forward with its work, recognizing the mistake as a mistake. Chair Alvarado stated that she was not happy with either plan. The board took no action but will revisit the issue at a future meeting. The board did vote to replace Doherty on the committee with Assistant Superintendent Christine Kelly for the remainder of Doherty’s leave of absence.

The Select Board adjourned at 11:00pm.