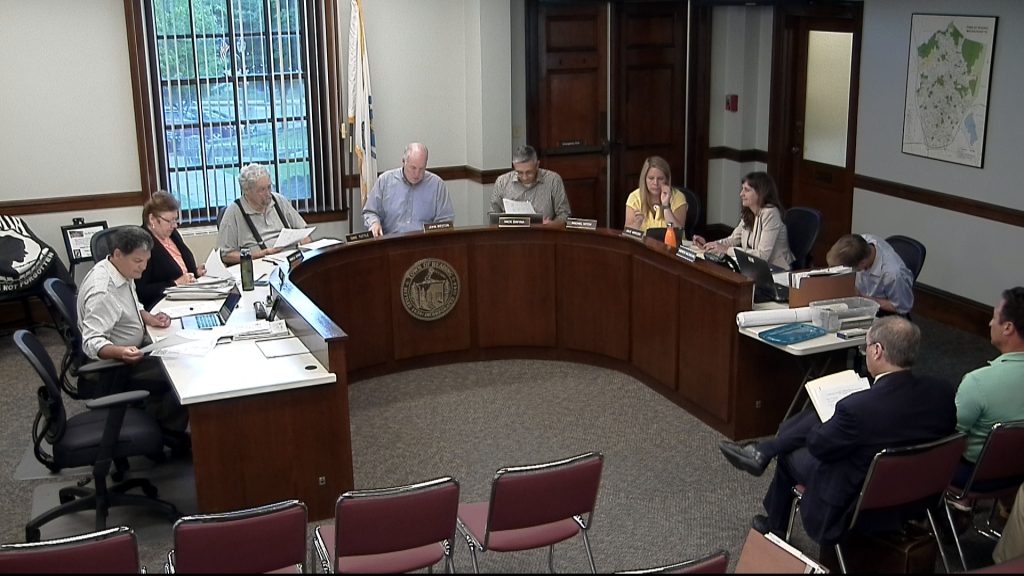 Austin Preparatory School, located on Willow Street, presented revised plans for their proposed baseball field and tennis courts to the Community Planning and Development Commission (CPDC) on July 8. The school intends to replace the current real-turf baseball field with a new artificial multi-sport field and grandstand. It also plans to relocate the tennis courts to a location next to the new baseball complex. The revised plans lower the height of each of the proposed lighting structures by ten feet, which would create minimal light spillage across the property line. It also adds a six-foot-tall privacy fence around the project to discourage parking in the adjoining neighborhood during events. 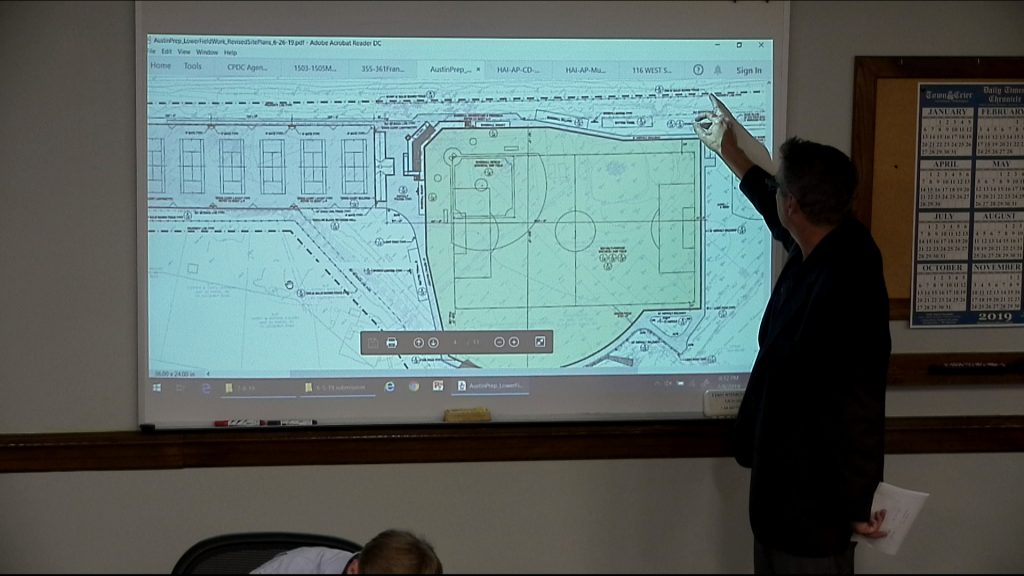 John Barros, an engineer working for Austin Prep., presented the stormwater report highlighting the management of rainfall during regular and “100-year” events. The drainage plans include swales, dry wells, and a rain garden. Barros concluded that the plan is “Well above the Department of Environmental Protection requirement for recharge [of the groundwater] and capacity.” Austin Prep. has filed the project with the Conservation Commission, due to its proximity to wetlands, and expects a hearing at the Conservation Commission’s next meeting.

Abutter Steve Chapman expressed continued concerns regarding parking in local neighborhoods and also questioned the reported level of the groundwater, given how close the school is to the wetlands. Another abutter, Steve Marisol, also requested that restrictions on field usage be similar to other fields in town. CPDC continued the public hearing to August 12 at 8:00 pm. 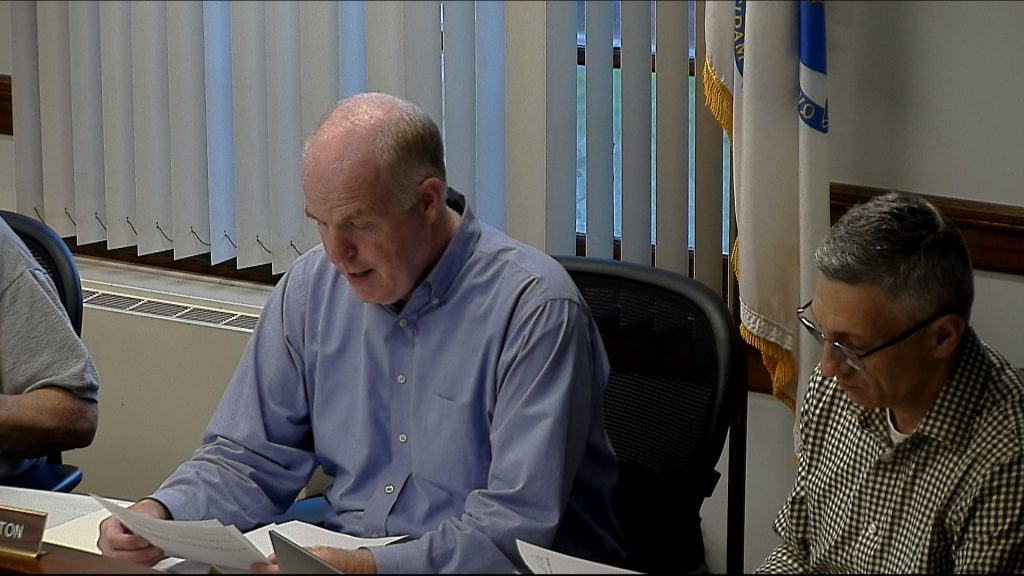 CPDC continued its discussion of proposed bylaw amendments regarding transitioning older single-family homes to two-family homes as well as proposed bylaw amendments for mixed-use and intensity regulations for South Main Street. Resident Nancy Twomey suggested that houses being transitioned be allowed a similar percentage size increase as allowed for under the accessory apartment bylaw. Public hearings for projects at 107 Main Street, 135, 139, & 149R Howard Street, and 258-262 Main Street were all continued to August 12.