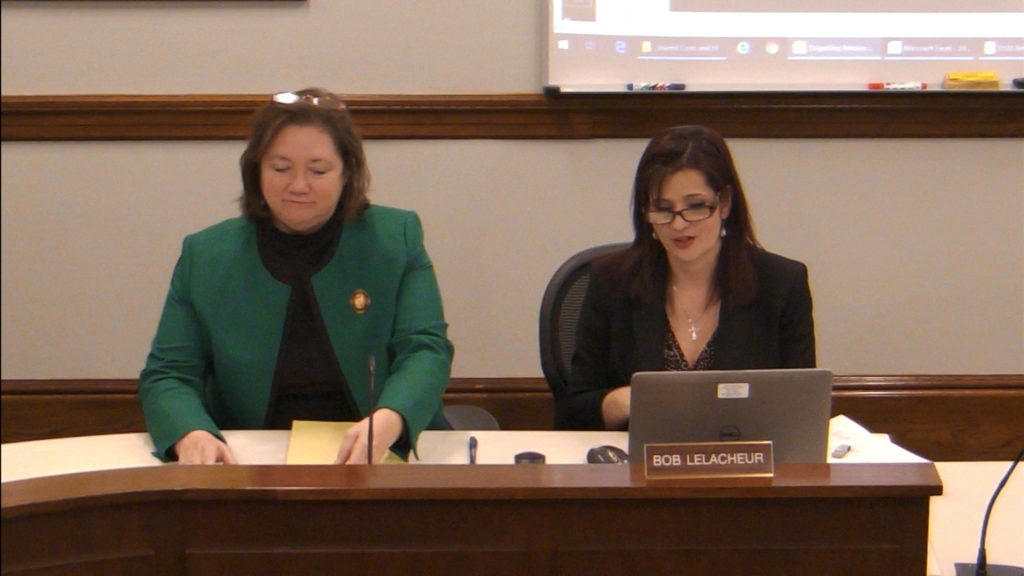 The Select Board received the last of its Fiscal Year 2020 budget presentations on December 11. Town Accountant Sharon Angstrom began the final evening with a presentation regarding pensions. Pensions are required by law to be provided to public sector employees and are funded primarily with employee contributions over their lifetime of employment with the town. These employees also are not eligible for Social Security, unless they had prior employment in the private sector, and then their Social Security benefit is offset by their public pension benefit. Angstrom shared that the average Reading employee who works thirty-two hours a week receives an annual pension of $32,000 upon retirement, which has been funded by employee payments through their time of employment. Fifty-five percent of Reading retirees receive less than $30,000 annually. The Reading pension fund currently has 381 members and 345 retirees. The fund has a liability of over $173 million, $45 million of which is currently unfunded. Angstrom calculated that this means that the Reading pension fund is seventy-five percent funded, which is better than most municipalities and should be at one hundred percent by 2029, eleven years before state law requires it to be funded. She further explained that the underfunding of pensions in the 1970s and 1980s created the discrepancy.

The Other Post-Employment Benefits (OPEB) fund is only eight percent funded, with a total liability of $75.2 million. This fund is used for other retirement benefits, including health insurance for former employees. Angstrom explained that the plan is to get the pensions fully funded, then use the money in the budget that had been used for that purpose to get the OPEB fully funded. 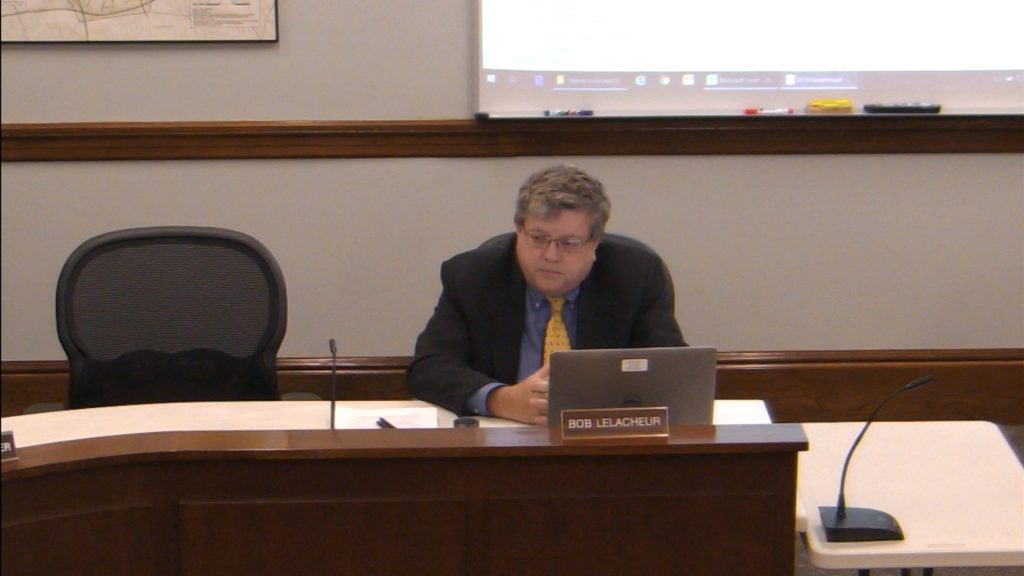 Town Manager Robert LeLachuer presented health insurance costs to the board. The town pays seventy-one percent of employee health insurance premiums, with employees picking up the remaining twenty-nine percent. Most municipalities pay eighty percent of the cost. Through good management and employee union cooperation, over the last eleven years, the average increase in health insurance costs has been about four percent, though that has been higher in the last few years. LeLachuer typically budgets for a seven to eight percent increase annually. If the actual number is lower, then the difference is usually returned to free cash. 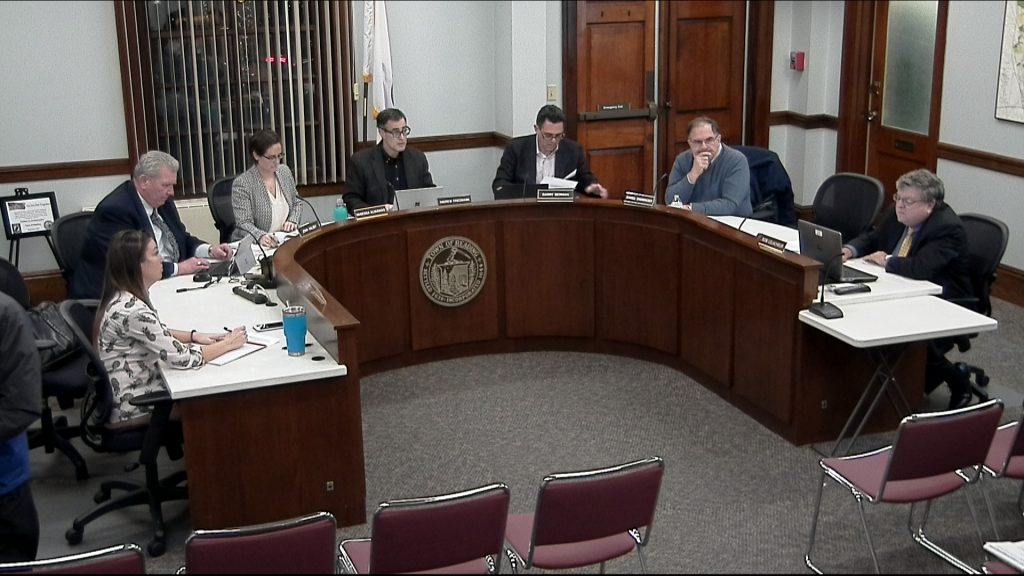 The board had many discussions around the issue of joining the state’s health insurance plan as a way to save money, but LeLachuer believes that the savings would be minor and that the potential risks in the program present an instability that would not benefit town employees. LeLachuer projects that health insurance will cost the town $11.4 million in FY 2020, or a 1.6% increase. The total benefits line item should be about $18 million, representing a 2.3% increase.

The capital budget and the enterprise funds budget were also presented. School and building security are currently the highest priority with a definitive timeline for work being ready by April. Completing the “Turf 2” replacement at the Reading Memorial High School is also a priority. The Recreation Committee is currently using a survey to determine if lighting and other features at the Birch Meadow complex should be considered as well. Four plans, with costs, for Turf 2 and lighting will be presented for consideration. Major future projects which will likely require debt exclusion include the elementary space needs/Killam School upgrade, a senior/community center, and the DPW garage.

Enterprise budgets maintain the more than 111 miles of water mains and 108 miles of sanitation pipes in town. The average Reading resident uses forty-four gallons of water daily, with a state average of sixty-six gallons per person. After three nights of presentations, LeLachuer summarized the budget hearings commenting, “Our budgets are put together with a lot more long-term planning than most communities.” 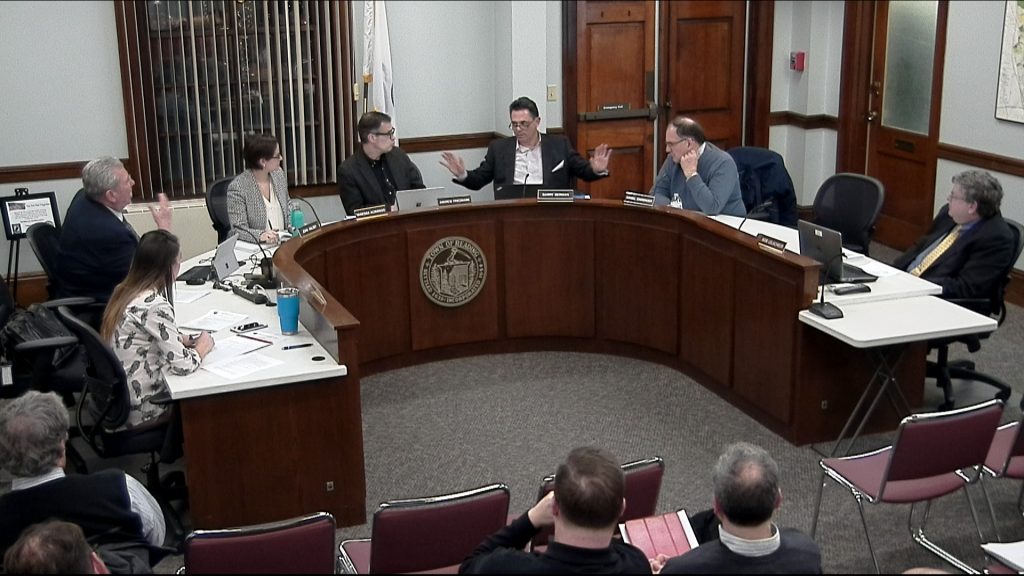 The Select Board began the meeting with a discussion about improving the process for goal-setting and evaluation of the town manager. Member Barry Berman made a motion to create a two-person subcommittee to “recommend a yearly process and timeline to set goals and evaluate progress” by April 1. Member Vanessa Alvarado expressed concern about creating another subcommittee when there are already several that seem to be lacking progress. She suggested extending the date of a new subcommittee’s work to June 30. After significant discussion, the matter was tabled until January 8. 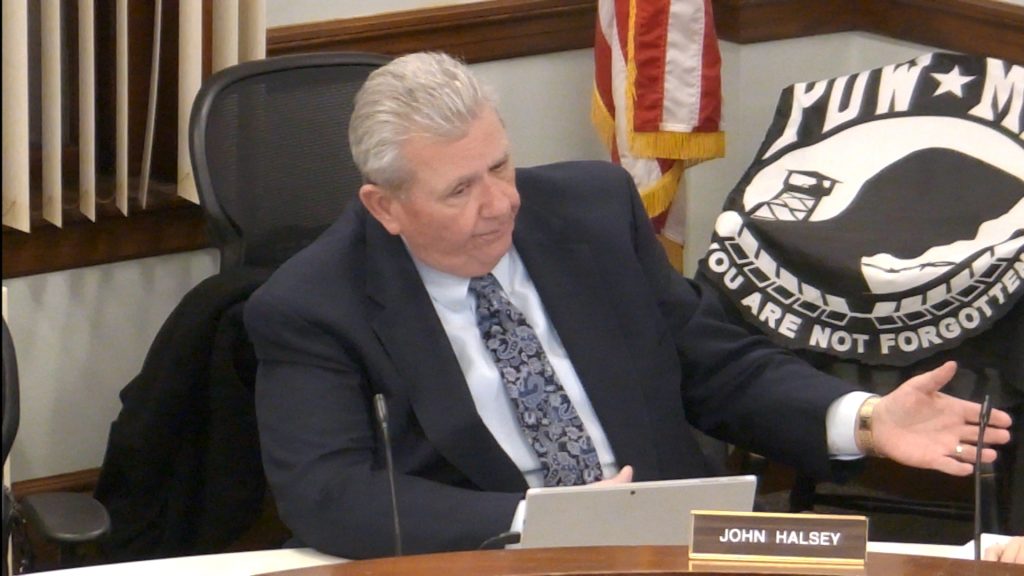 The board also extended the liquor licenses for several restaurants in town, accepted a new manager at Longhorn Steakhouse, and approved a transfer of liquor license to the new corporate owner of Bertucci’s restaurant. Member John Halsey requested that the board have a discussion regarding the acquisition and granting of beer and wine licenses to convenience stores in town. He will conduct a review of how this might be accomplished.