Concerns about rodents dominated the discussion at the August 29 meeting of the Board of Health. There have been 24 official reports of rat sightings in Reading in recent weeks, leading residents to question what town government is doing to curtail the problem. Resident Jackie Collins of Country Road reported to the board that she had captured six rats in just three days on her property despite not owning any pets, not having any standing water, or bird feeders in her yard. Her belief is that the increased number of rats in her neighborhood began when the West Street construction project began. “What is the town doing to hold businesses accountable?” Collins questioned after reporting that she observed several rats around the trash bin of a nearby service station. Board of Health Chair John Costigan assured Collins that “plans were in place” to deal with reported issues and that they could “respond to health code violations” that occurred.

When asked what to do with rodents that were captured or killed, Health Agent Laura Vlasuk commented that while Animal Control officials could not go onto private property, they could pick up any dead animals that were left by the roadside or on the sidewalk. Board Member Emmy Dove asked why Animal Control was prevented from going onto people’s yards, Vlasuk responded that to do so would be a violation of local ordinances.

Costigan also reported that every dumpster in the downtown area has been recently inspected and these inspections are ongoing. A map has been created to chart where the rodent sightings have occurred. Most seem to be located west of Main Street and south of Lowell Road. The Department of Public Works has also been doing additional trash removal in Washington Park. Collins also asked if Sturges Park could be added to that list and if there had been a post-inspection report of the Prescott Street development with a finding that the site was free of rodents. Vlasuk answered that there were no rodents found on that site and that the developer had installed additional traps just in case. 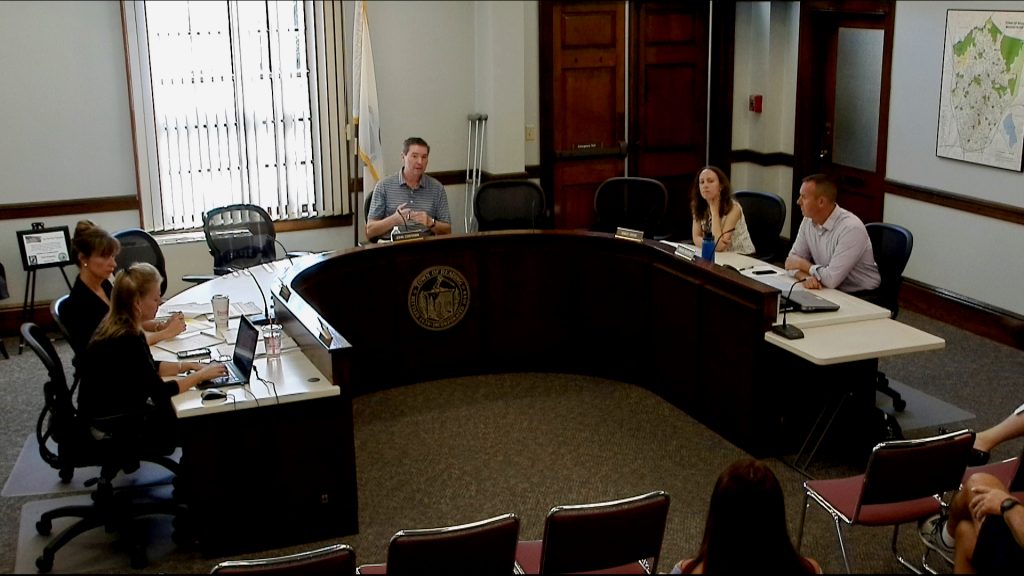 Vlasuk highlighted the importance of reporting rodent issues to the town. “We do not check Facebook,” she commented. Anyone wishing to report rodent issues could do so by emailing either the Board of Health, the Select Board, or using the “See, Click, Fix” application. The board will post a list of recommendations about how to prevent or deal with rodents on the Board of Health website. Costigan also suggested that residents with ongoing issues should hire private exterminators. The board promised that any updates on the issue would be published on the town website.

The Board of Health continued its work on local pesticide regulations on public land, looking to find ways to enforce the regulations if they were applied. Dove plans on checking with Andover, Wellesley, and Newton which have similar regulations to determine what enforcement those communities use. Dove also reported that there are grants available to aid with the cost of pesticide education. She will investigate how to apply for the grants. The board tabled sending a letter to the governor regarding the health concerns from natural gas pipelines until all the members could read the provided materials. Vlasuk also reported that the town was still looking for a public health nurse, as the person who had been offered the position turned it down.