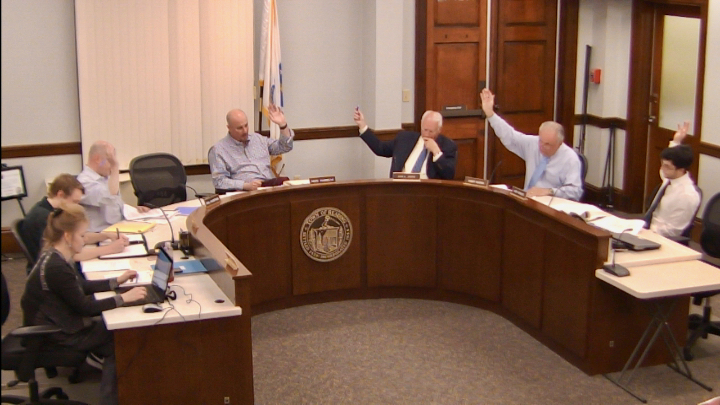 John Jarema, a member of the Zoning Board of Appeals (ZBA), reported to the board on May 16 that “substantial changes” have been made to the Eaton/Lakeview 40B project by the developer. These changes, in rough form, were presented during a meeting between the developer of the project and representatives of the neighborhood. Jarema learned of the changes through a recent conversation with Assistant Town Manager Jean Delios. He requested from Delios that plans – even incomplete ones – be made available to members of the ZBA as soon as possible so that the members could review them before the July 18 continued hearing date. Planning Assistant Andrew MacNichol reminded the board that the developer has until the end of June to submit the new plans, but indicated that he would see if plan previews could be made available to board members. Jarema also reported that the Traffic Peer Review had been funded by the developer and would begin shortly.

ZBA voted 5-0 to approve a special permit for an addition to a residence at 53 Harrison Street. Architect Nancy Twomey presented a plan for the owner which includes the demolition of a current legal, non-conforming garage and replaces it with a new garage with additional living space above. The current garage is only ten feet from the side lot line. Zoning requires fifteen feet. The plans call for maintaining the current ten-foot non-conforming distance from the side lot line. Board member Eric Hagstrom voiced his support of the project reasoning that it was, “not increasing the non-conformity.”

The owners of 3 Mount Vernon Street withdrew without prejudice a request for a variance to build a deck on their home that would increase their already non-conforming lot coverage percentage of from thirty to thirty-four percent. The home was built around 1900 over forty years before there were any zoning laws in town. Members of the board suggested to the applicants that they had not met the four criteria needed for the variance and that if a vote were taken and it did not go their way, which they would be prohibited from coming back to the board with a similar request for at least two years. By withdrawing in this manner, they could reapply at any time when better prepared to state their case.

The board also reviewed plans to demolish the current three-family home at 119 Salem Street and replace it with a two-family structure. The building was built in 1920 and is currently on the town’s list of historic structures. The six-month demolition delay for historic structures has expired on the property, and the developer has met with the historical commission and agreed to add some aspects to the design of the project. The site is currently non-conforming as it is a multi-family home in a single-family district and the lot frontage is three and a half feet shorter than the required 100 feet. The proposed new home will meet all setback requirements and will be located in a similar location on the lot. There are also plans to reuse some of the existing foundation as a fieldstone retaining wall. The board questioned if the applicant even needed to get ZBA approval, based on these conditions and continued the hearing to June 20 to give architect Jack Sullivan time to consult with town staff to determine if a ZBA finding is needed.