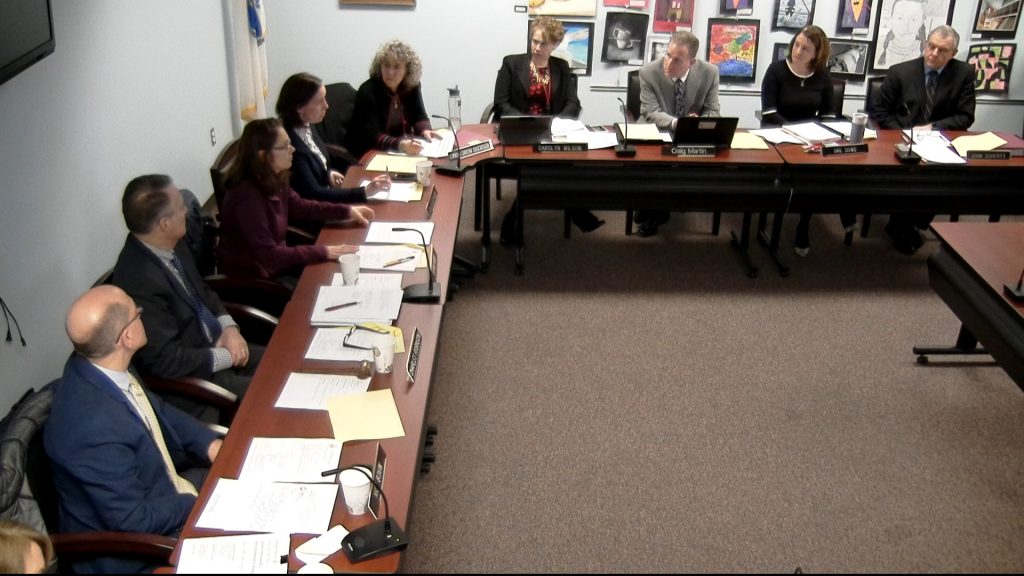 Reading, MA — At its February 26 meeting, the School Committee heard from parents affected by the school department plan to change the way kindergarteners are assigned to schools. The plan, as presented by Superintendent of Schools John Doherty, would enroll all half-day kindergarten students in just two of the elementary schools, Joshua Eaton and Killam. This would change the kindergarten model from an integrated model, where half-time and full-time students share a classroom, to a model in which half-time and full-time students each have dedicated classrooms and teachers. The move was necessitated as a result of the large percentage of full-time students, increased enrollment for the RISE pre-school program requiring an additional classroom at Wood End, and the desire to retain dedicated art and music space at each of the schools among other factors. Eighty-six percent of the 321 kindergarten students currently enrolled for next year have enrolled as full-time students. “I don’t have enough kids in half-day to have both programs at each school.” Doherty commented. Doherty also explained that both parents and teachers have expressed concern and frustration with the integrated model. 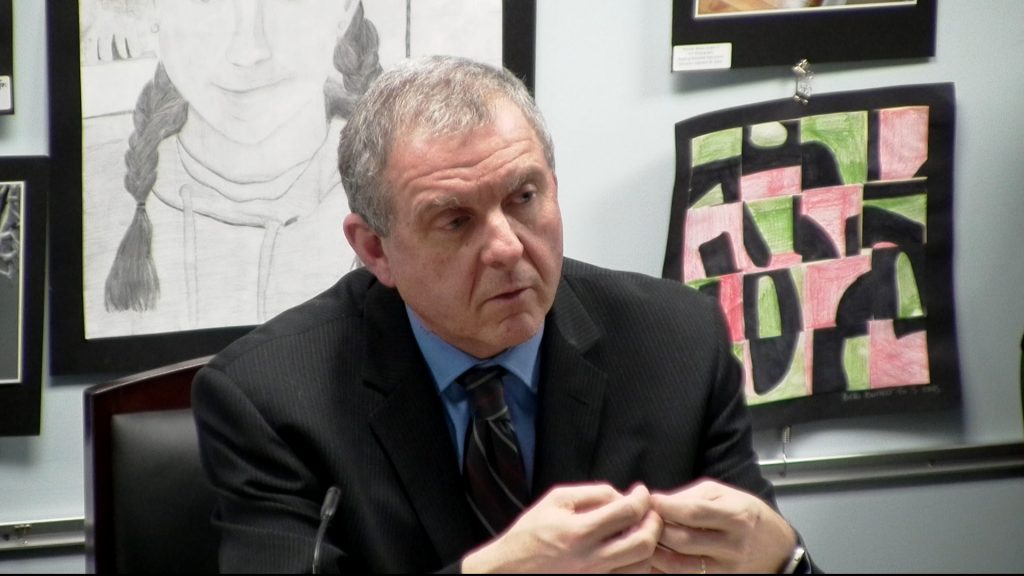 The new plan will balance class sizes across the district and keep those class sizes within the school committee guidelines of no more than 22 students per class. There would be between 18 and 22 students in each full-time classroom and 14 to 18 students in each half-time classroom. If the current integrated model were continued, and kindergarten students were to attend their neighborhood schools, three of the five schools would have kindergarten classes that exceed the guidelines, and some class sizes could swell to beyond 25 students in a class. Doherty stated that this situation would not be in the best interest of the students in the class. The goal would be to return students to their neighborhood school for first grade.

Multiple concerns were expressed by parents. Several indicated that they believed that half-time students were being discriminated against because they were not paying tuition. Many also complained about the lack of consistent communication from the school department about the issue. Parent Caleb Smith gave a presentation showing the timeline of communication. In October 2017 a letter was sent to prospective kindergarten parents explaining that there would be integrated programs at all elementary schools and that these letters were available for new parents in the school offices until February. Enrollment decisions were due to the school department offices by mid-December. A letter was then received mid-February with school assignments, and half-time students were not assigned to the neighborhood school. “For many, this was the first notice of a change.” Smith complained. “I made a decision based on the information I was given.” Now parents are being told that there are no more spaces for full-time students.

Parents expressed concern about kindergarteners being in different schools than their older siblings and the strain it places on family plans. Several were very emotional as they described the hardship this plan would create for their families. Smith shared a chart that showed how far he and his children would have to walk every day to go to Killam school, crossing Main Street and Pearl Street, and back when Birch Meadow is only minutes from his home. Smith also shared that he believed that the superintendent did not follow school committee guidelines about redistricting when the changes were made. Doherty responded, “I never had the thought for a second to discriminate against half-day students. I am trying to provide the best educational experience for all kindergarteners.” Doherty also took responsibility for communication errors, apologizing several times to parents for the oversights.

Doherty also gave the committee an update on school security in response to the recent school shooting in Florida. There is a district-wide school safety plan which is reviewed and updated each summer. All exterior doors in the schools are locked all day, and each school has a buzz-in system for visitors. All schools also have alarm systems. Teachers are retrained in ALICE procedures at their annual orientation meeting and each school is involved in six drills of varying types every year. A communication was sent to parents explaining these procedures last week.

When presented with the fact that Reading Memorial High School had not had an ALICE drill in two years, Doherty stated, “I am embarrassed and angered that there have been no ALICE drills at the high school in two years.” Doherty took responsibility for the issue and for the incorrect communication. “Safety is our primary priority in this district,” Doherty stated. A few changes have already been implemented in response to the School and Town Building Safety Survey conducted in the fall. There will be a district safety information session for parents in the near future.

The committee approved some specificity to the school department portion of the Proposition 2½ override question by a vote of 6-0. The selectmen approved the wording of the question at their meeting two weeks ago. They also approved, by a vote of 5-1, a timeline for hiring a new assistant superintendent for teaching and learning, necessitated by the recent resignation of current Assistant Superintendent Craig Martin. The process should be complete by March 28.

The committee adjourned to executive session at 11:10 PM.