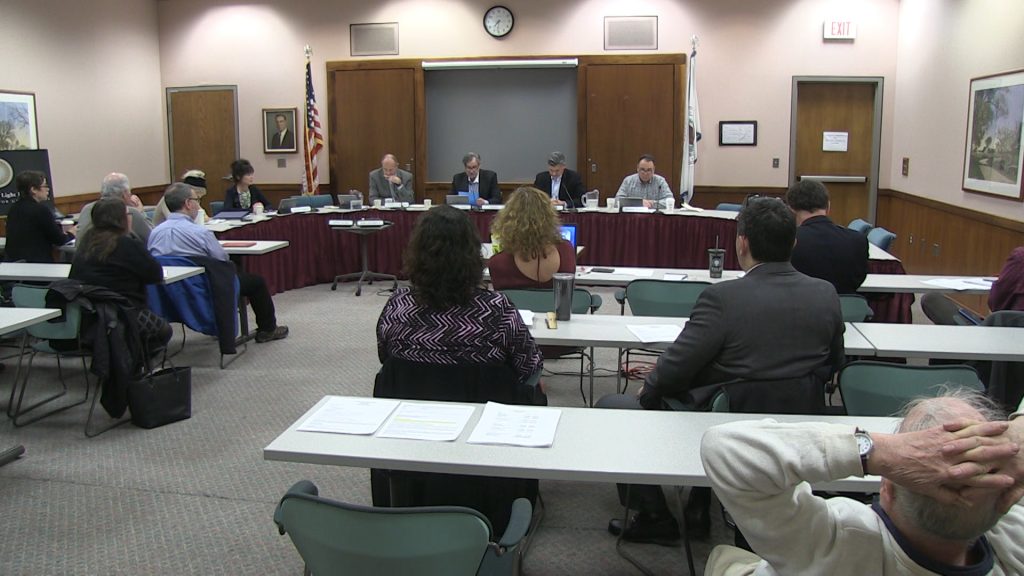 Reading, MA — The Board of Selectmen and the Finance Committee both attended the Reading Municipal Light Department (RMLD) Board of Commissioners meeting on February 22. The meeting’s purpose was to seek to resolve what BOS Chair John Arena called a seeming “lack of urgency” on the part of the RMLD Board to respond to the Selectmen’s desire to renegotiate the rate of increase to the RMLD’s annual payment to the town. The Board of Selectmen was directed to pursue the renegotiation by an instructional motion at the April 2017 Town Meeting. According to a 20-year-old agreement, there is a separate committee that negotiates such issues. The committee is made up of two RMLD Commissioners, two members of the Citizens Advisory Board (CAB) and one member of the Board of Selectmen. 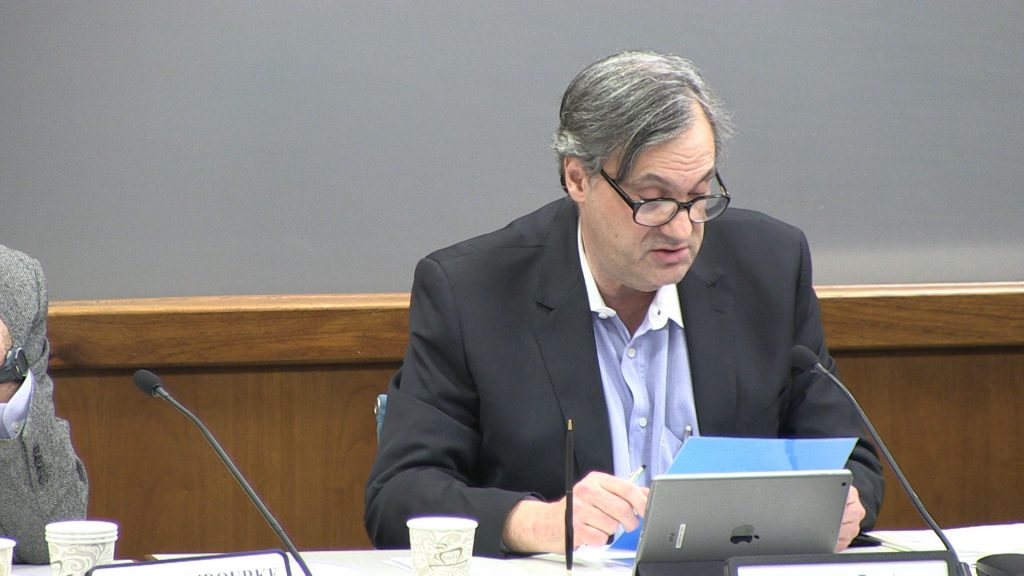 Board of Light Commission Chair Philip Pacino opened the meeting with a statement trying to explain the difficulties faced in setting up the meetings; the first of which was held in September 2017 where “no numbers were discussed” according to Pacino. Pacino went on to express that the RMLD wants to support the town of Reading while seeking to meet the needs of ratepayers in all four towns that RMLD services. “Our ratepayers deserve a well thought out solution.” Pacino opined. Pacino’s statement concluded with a commitment to addressing the situation of the payment prior to Town Meeting in April.

Arena praised RMLD for the service and the rates they provide and then explained that this meeting was about timeliness and process and about improving the relationship between RMLD and the town government, noting that it took five months for the first meeting to be held. Arena also stated that he would be satisfied with being able to report progress at town meeting, with an agreement by the end of the fiscal year in June. Selectmen Barry Berman also complimented RMLD for what they provided the citizens of Reading and reminded the joint meeting that RMLD paid Reading $2.4 million last year. He also compared the speed of the process to wait to write the term paper the night before it was due. “Hopefully the professor will not find out.” Berman quipped.

The negotiation committee will meet again on March 12 at 5:30 PM. If an agreement is reached that night, the RMLD Board will meet directly afterward to vote on the new plan. The selectmen meet on March 13 and the CAB on March 21. All three would need to vote to accept any new plan. If an agreement is not reached on March 12, the negotiation committee will meet again on March 19. It is hoped that an agreement will be reached at that meeting. Board of Light Commissioner Thomas O’Rourke praised the “strong sense of teamwork and collaboration” that he sensed in the meeting.

The RMLD board continued by receiving a financial report, the general managers report and an update on operations and engineering. Overall, rates in 2017 were comparable to 2016. RMLD is hosting a high school art contest with 21 participants signed up. There is a plan to update the RMLD website to make it more mobile friendly and RMLD will be hosting a series of safe energy summits at local libraries in April.

The RMLD Board adjourned to executive session at 8:45 PM.