Polls for the local election in Reading open at 7:00 a.m. and close at 8:00 p.m.on Tuesday, April 4 in the Hawkes Field House at Reading Memorial High School. There are four contested races  on the ballot this year, as well as a ballot question. A sample ballot is available via the town’s website.

Candidate forums for the School Committee and Board of Selectmen may be viewed on RCTV’s YouTube channel.

Running for two seats on the Board of Selectmen (three-year term) are:
John R. Halsey of Beaver Road
Kevin M. Sexton of Emerson Street
Andrew S. Friedmann of Hillcrest Road

The ballot question (letter 1, letter 2) asks voters if Town Meeting should be authorized to adopt an amendment to the Reading Zoning Bylaw prohibiting commercial marijuana retail facilities, manufacturers, testing facilities, and cultivators in town. The question does not have any effect regarding recreational use of marijuana as voted on Massachusetts last November or on registered medical marijuana dispensaries in town.

There are also two uncontested races on the ballot.  Alan E. Foulds is running for Moderator and Thomas B. O’Rourke is running for Municipal Light Board. Each precinct in town will also be voting for eight of its representatives to Town Meeting. Live election coverage with all the results will air on RCTV on April 4, starting at 7:30 p.m. RCTV can be found on Channel 9 (Comcast) or Channel 31 (Verizon). 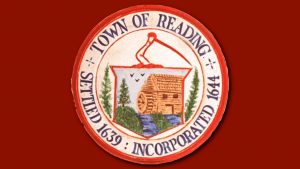