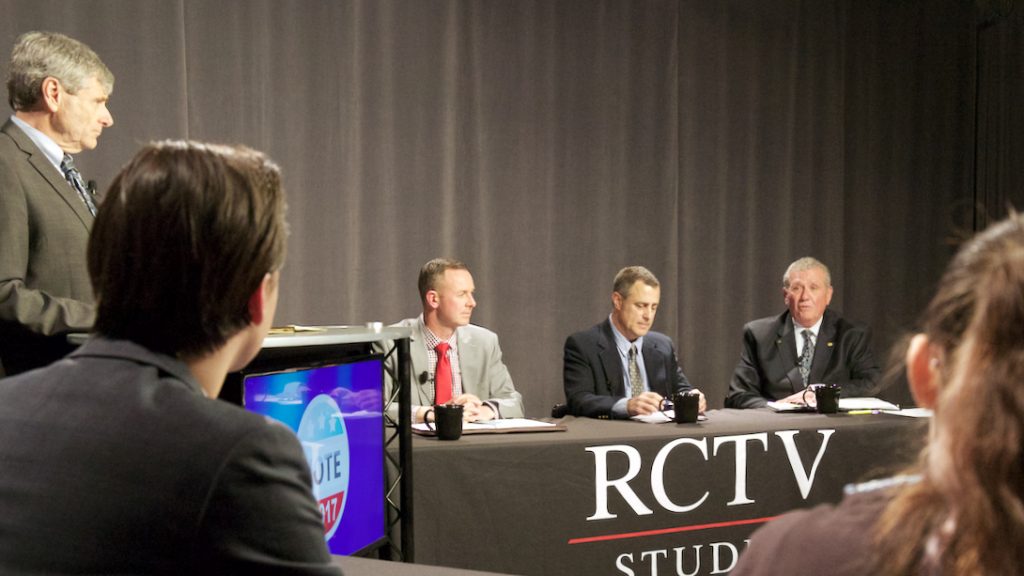 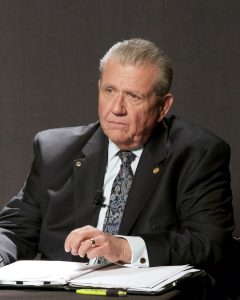 John Halsey, Kevin Sexton, and Andrew Friedmann, three candidates for the two seats on Reading’s Board of Selectmen, met for a forum that was televised live on RCTV on Thursday March 23. After brief opening statements, each candidate had the opportunity to answer a series of questions posed by Catherine Robertson and Ryan Pinette.

The first several questions were about town finances and budgeting. All three candidates expressed finances as the primary issue the town faces in the coming years. Both Sexton and Halsey spoke about economic development as the long-term solution for financial sustainability. “Exciting times are coming.” Sexton commented. Friedmann pointed out that town services have been cut for the last five years and that economic development, while important, may not be enough. When questioned about the possibility of another Proposition 21/2 override attempt, Halsey pointed out that may be too early to say when it may happen, but without some change a reduction in services was inevitable. Friedmann wants to make sure that the reason for resistance to the override last October is understood before trying again. Sexton pointed out that what was clear was that the voters did not like having a special election, which means the earliest attempt for another override would be April 2018 at the soonest. 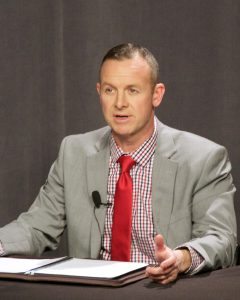 All three candidates suggested that working together with the School and Finance committees on budget issues help keep town leadership unified and expressed the desire to support the schools as best as they could. “These should be collaboratively engineered to work towards common goals.” Halsey stated. When asked about the impact of residential developments in town and their impact on the school system, all three candidates felt as though the impact has been minimal due to the types of one and two bedroom developments that have been constructed in Reading in recent years.

When asked about the Human Rights Resolution recently presented to the board for its vote by a group of citizens, Halsey felt that the board needed to be cautious about such statements in a litigious environment and felt that the working group that was established was the correct path to take on the issue. Friedmann stated that it would have been appropriate for the selectmen to discuss the issue and then vote on it. He continued to comment that he felt it was an important statement for the town to make. Sexton was concerned that the Selectmen only found out about town council’s concerns the night of the meeting and that they made the correct choice to work on the issue before voting. 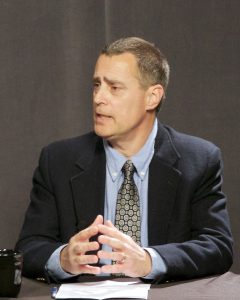 There was also disagreement about “Question 1” on the local ballot which asks the voters if they would like to see a ban on commercial recreational marijuana establishments in Reading. All three were quick to point out that this question would not change the recreational use of marijuana as voted on by the state on last November’s state-wide Question 4, but would prevent the opening of retail establishments in town from selling the drug. Halsey spoke out strongly in favor of the Question as did Sexton suggesting that many of the same tactics used by tobacco companies to lure minors would be used in these establishments as well. Friedmann would not take a side on the issue stating, “It is not appropriate to tell people how to vote.” The ballot question came about when it was determined that 60% of the voters in November voted ‘No’ to Massachusetts Question 4.

The Forum ended with moderator, Alan Foulds, asking each candidate for his closing statement. Sexton pointed out, “Now is the time to elect leaders of vision, experience and integrity” as he asked voters to give him another three years on the board. Friedmann commented, “Tip O’Niell used to say, ‘Always ask for their vote’” as he used his closing statement to thank members of the community who have supported him. Halsey stated, “I offer a lifetime of leadership as well as financial and business management experience” while asking voters to send him back to the board for another three years. The entire forum can be seen on RCTV’s YouTube page.