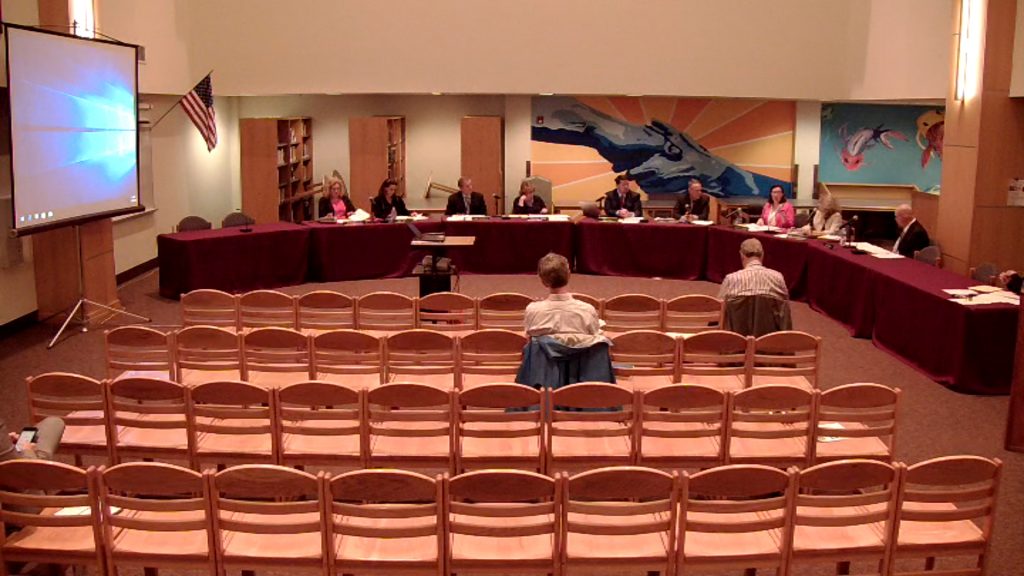 By a vote of 5-0, the School Committee approved Superintendent John Doherty’s summative evaluation for the 2018-2019 school year on September 26. The evaluation, which was dated June 23 was delayed due to Doherty’s recent leave of absence. 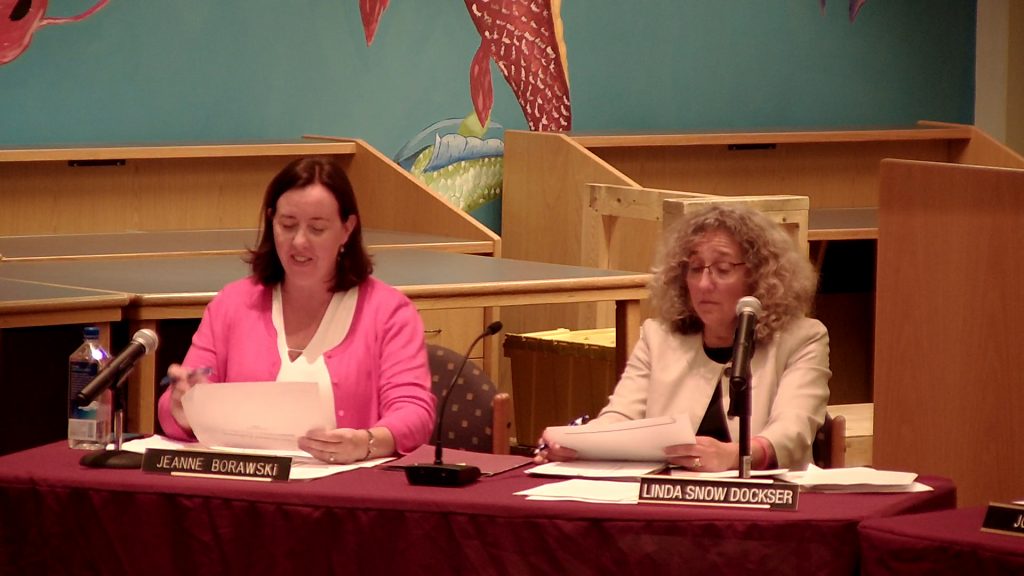 School Committee member Jean Borawski explained her process of summation to the committee, a process which included placing numeric values on each of the graded standards, then compiling a list of comments by citing issues noted by multiple members of the committee. Individual committee members, apart from Borawski, did not see each others’ evaluations, or the summative evaluation, until they were made public in the School Committee packet earlier this week. 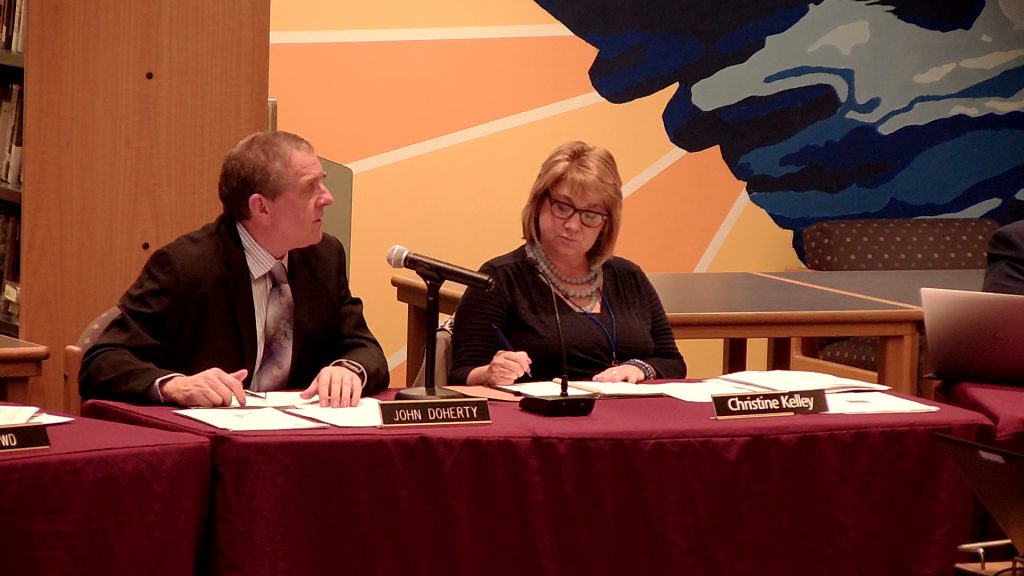 Overall, Doherty was rated as “proficient” in the achievement of his goals and the handling of his duties. The committee determined that Doherty met his professional practice goals with significant progress made toward his student learning and district improvement goals. He was rated as proficient in all four of his performance standards as well.

The final evaluation report states, “The School Committee is pleased with Dr. Doherty’s performance over the past year. We recognize his clear commitment to the students of Reading and his diligent work ethic. Dr. Doherty has a strong reputation state-wide.” Doherty responded to the evaluation thanking the committee members for taking the process seriously. “This [evaluation] is reflective of the work of everyone at the table, our principals and staff,” Doherty stated. 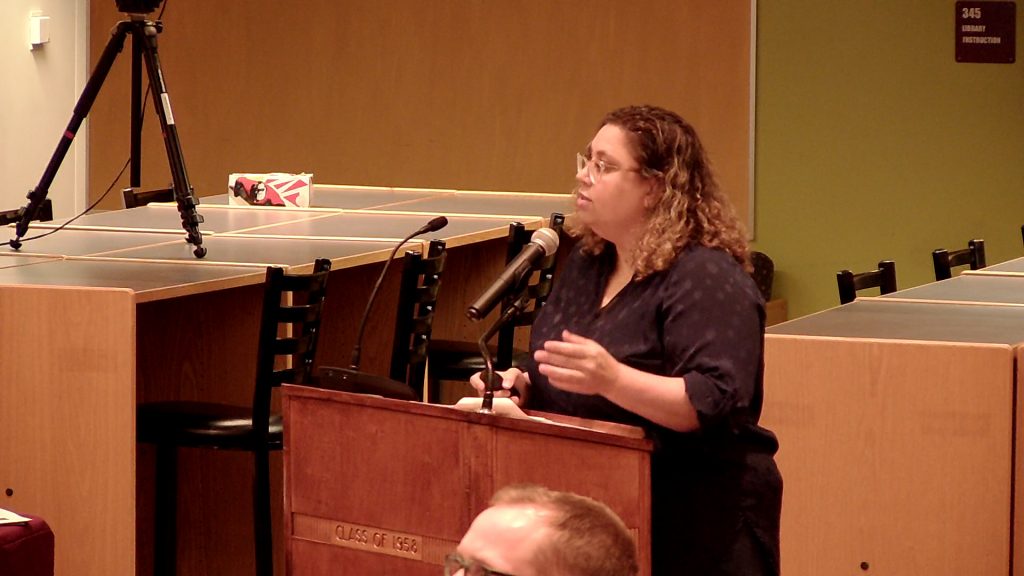 Erica McNamara, director of the Reading Coalition Against Substance Abuse, shared the second part of the results from the Youth Risk Behavior Study, focusing on results from the middle schools. The high school results were shared at the last meeting. The first reported results dealt with risk behaviors. Twenty-one percent of students reported not wearing a helmet while biking, and forty percent stated that they did not wear one while skateboarding or rollerblading. Fifteen percent reported riding in a car with someone who had been drinking. Thirty-four percent reported school demands as their most significant stressors. A busy schedule was the next most significant stress inducer, with twenty-seven percent listing it as creating their highest level of stress. McNamara expressed concern that thirteen percent listed worry about the future as the highest cause of stress in their lives. Thirty-two percent of students reported that they have three hours or more of screen time not related to school work daily.

Only six percent of Reading’s middle schoolers did not eat breakfast all seven days a week, one percent took non-prescribed diet pills, two percent induced vomiting to lose weight, five percent reported not eating for twenty-four hours or more. A full ninety-five percent of those surveyed reported getting sixty minutes of physical activity a day, however, sixteen percent reported suffering from a concussion due to athletic activity.

Twelve percent of Reading middle school students reported being harassed, twenty-eight percent said they were uncomfortable with a social media posting about them, and thirty-three percent said they had been cyber-bullied in the last twelve months. This number is double what it was in the previous survey from two years ago, which is reflective of the greater usage of devices with middle school students. Sixteen percent of the students surveyed said they had been bullied on school property, which is down from thirty-one percent two years ago. McNamara commented that the bullying seems to have shifted from live interactions to electronic ones.

On this survey, seventeen percent of middle school students reported trying alcoholic beverages, with two percent saying that they currently drink. The percentage reporting that they tried an alcoholic beverage is up to four percent over two years ago. Three percent tried marijuana, six percent inhalants, four percent had used medications that were not prescribed to them to get high, and three percent currently continue to do so. Nine percent had tried a vaping device or e-cigarette, with four percent currently using one.

Thirty-seven percent of middle school students in Reading reported that they were currently dating, six percent had been verbally abused in a relationship two percent forced to do sexual things that they did not want to do, with four percent reporting that they had been hurt physically. Fourteen percent sent or received sexual messages electronically, five percent reported having had intercourse, two percent before the age of ten.

McNamara concluded her report by sharing that these results will be distilled for parent and community presentations as well as used for student discussion as well. 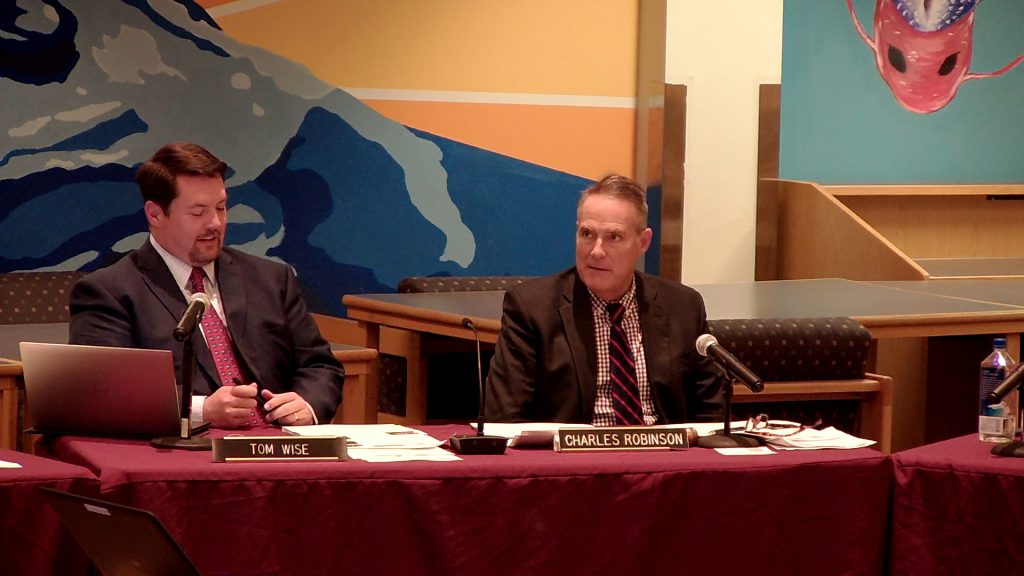 The School Committee voted 5-0 to have Dr. Doherty represent them on the Board of Directors of the North Shore Educational Consortium and on the Board of Directors of the SEAM Collaborative. The committee reviewed an updated School Committee brochure and voted 5-0 to direct Chair Chuck Robinson to officially report the committee vacancy created by the resignation of Elaine Webb to the chair of the Select Board and request that the position be filled until the March 2020 local election. There is a required fourteen-day posting period for the position, which will culminate in a joint meeting between the two boards to choose from between the applicants. This meeting possibly will be held prior to the financial forum on October 16.

Gail Dowd, Director of Finance, reported that the books for fiscal year 2019 had been closed and that the school department budget had a surplus of $300,000. This is the equivalent of .6% of the total budget. Most of the surplus was a result of open positions and the timing of some of the new hires. Four hundred and seventy-five thousand dollars of tuition was able to be pre-paid as well. Assistant Superintendent Christine Kelly informed the committee that the district MCAS results would be shared at the October 17 meeting and that overall scores were similar to last year, though improving. “We are making progress in all areas, with Joshua Eaton making extraordinary progress.” Kelly declared. She also reported that individual MCAS reports were due next week and that they should be mailed out the week after that.

The School Committee adjourned at 9:05 pm.