Bulldogs drop Wednesday night game to Wakefield, move to 3-3-1 on the season 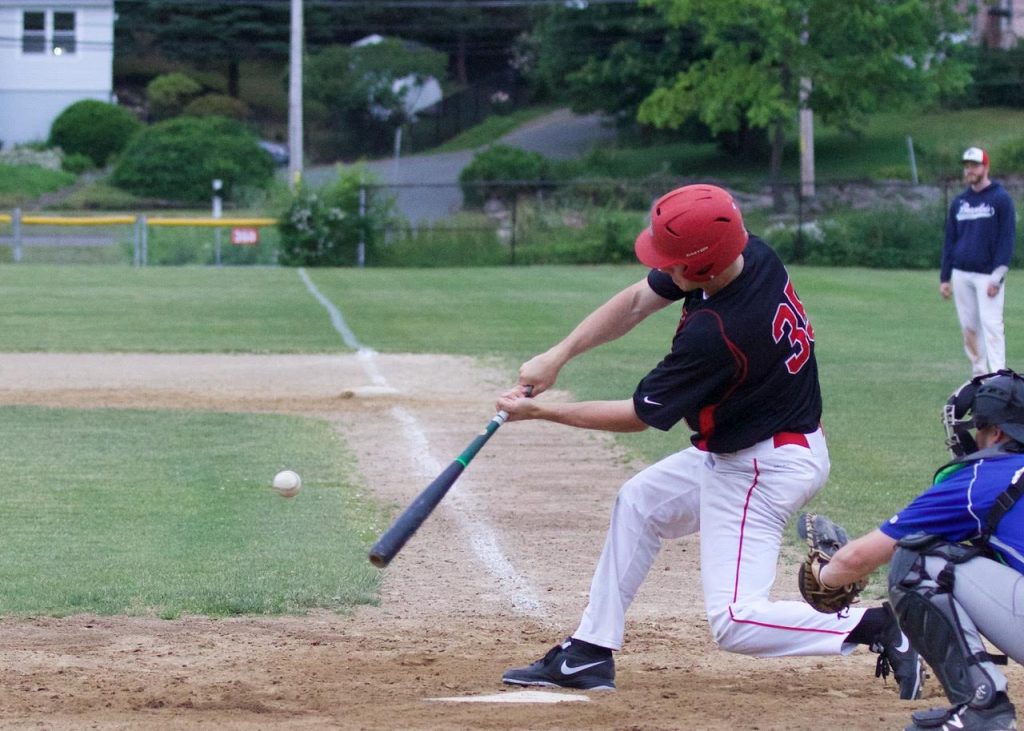 The Bulldogs took on the Wakefield Merchants for the second time this season on Wednesday night at Wakefield High School. Despite a tough fight, the Bulldogs dropped the game by the score of 8-5, bringing their record to 3-3-1 on the season. 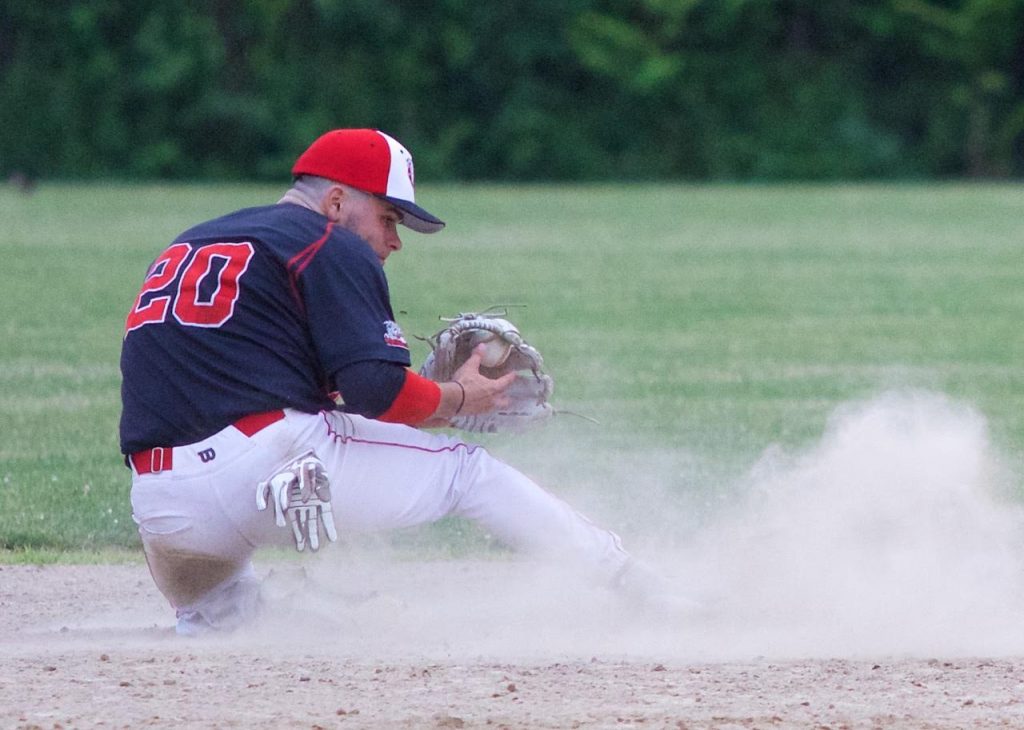 The Bulldogs, however, would not go down without a fight, as they struck back in the fourth inning. Tyler Cedeno and Joey Hodapp started the Bulldogs off with singles and were driven in on a fly out from Mike Taylor and an RBI single from Kyle Brennan. Brennan was brought in by the next batter Zac Talis’ deep double to right field. The Bulldogs’ big fourth inning brought the score to 6-3. 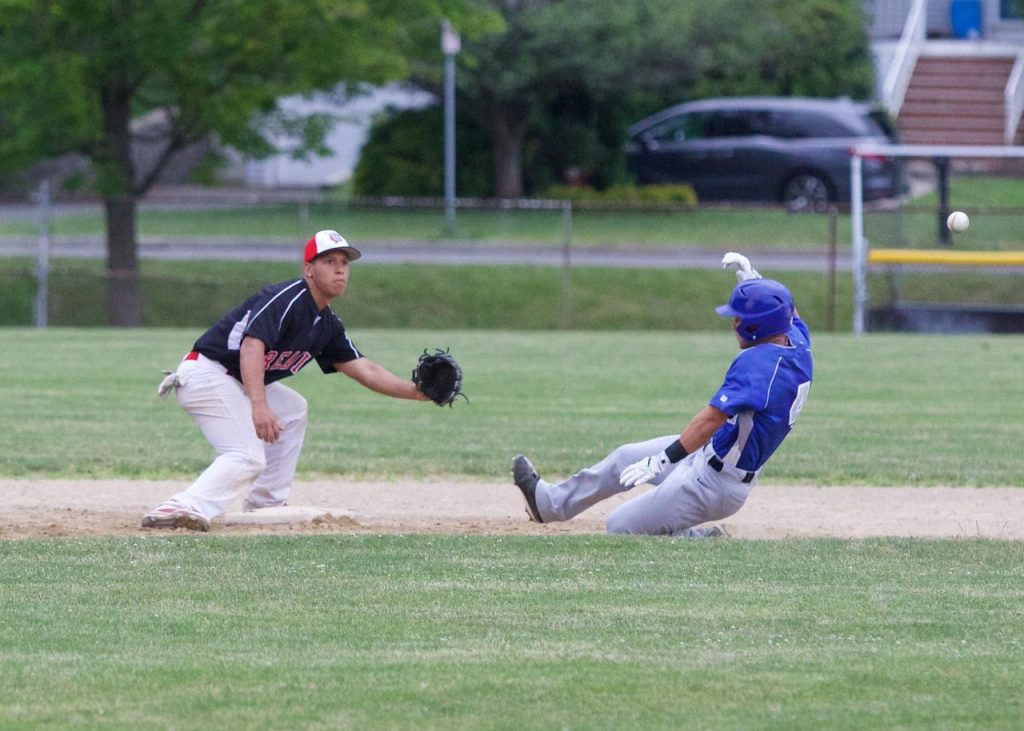 Rodriguez receives a throw at second base

After the Merchants responded with a run of their own in the fourth, the Bulldogs continued their hot bats in the sixth. An infield single from Chris Bosco was followed by an RBI double from Mike Taylor. Taylor was brought in by the next batter Kyle Brennan who hit a deep double to the right-field fence, bringing the score to 7-5. Unfortunately, that would be the last of the Bulldogs’ runs. 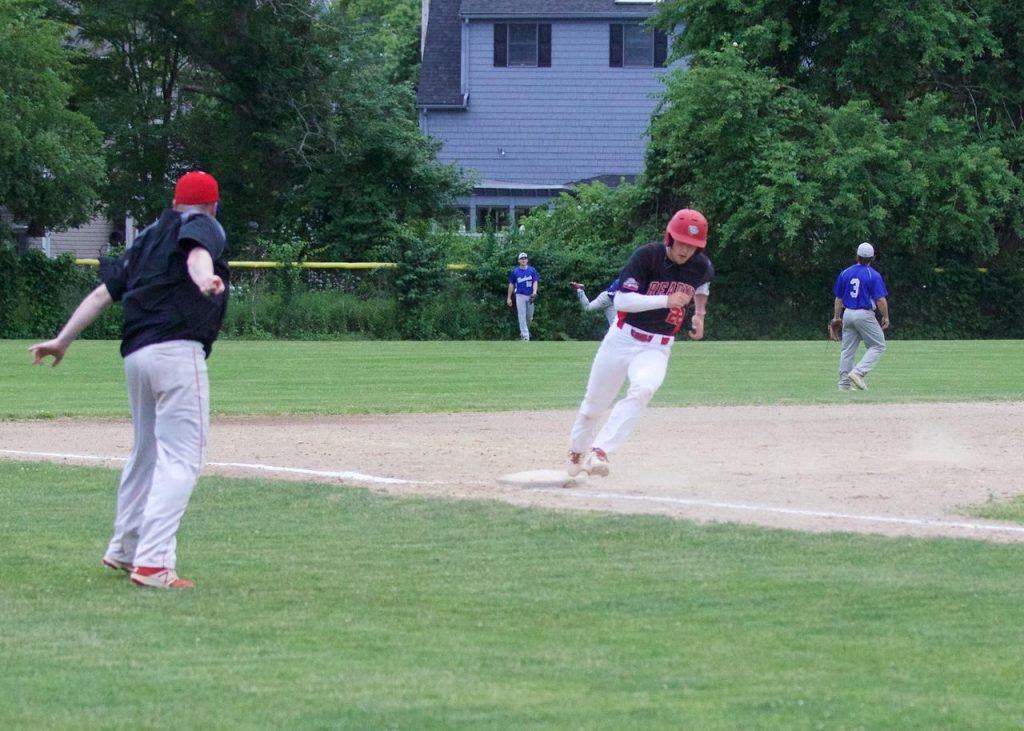 The Bulldogs received a strong outing from Cam Lanzilli who pitched the full six innings, allowing only one earned, and collecting three strikeouts. Offensively, Kyle Brennan had a good night for the Bulldogs going 2-3 with two RBIs. Mike Taylor also helped the Bulldogs out with two RBIs of his own.

The Bulldogs face off next against the Melrose Americans for the third time this season this Monday night at 7:30 pm at Morelli Field in Melrose.