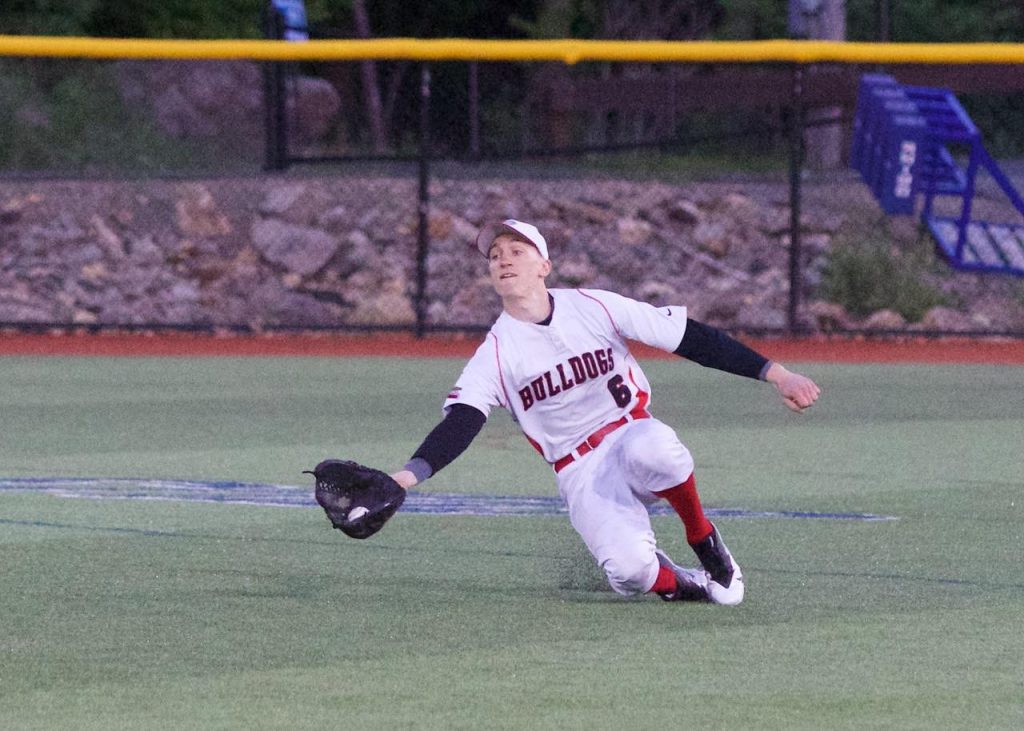 After a walk-off victory last night, the Bulldogs were back in action to take on the Wakefield Merchants for the first time this season on Monday night at Endicott College. 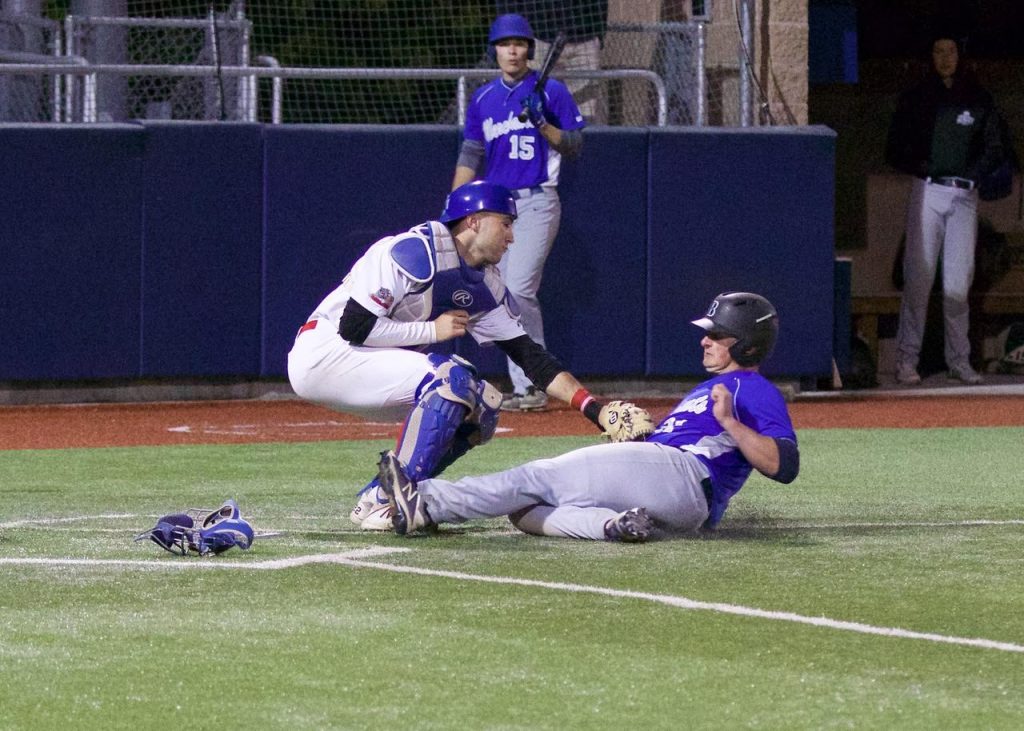 Bulldog defense cut’s down the runner at home plate

The Bulldogs then got another run in the bottom of the second inning When Jonathan Rodriguez scored on another error by the Wakefield defense, making the score 2-1 Reading. Shaky defense continued in the top of the fourth inning when the Merchants stuck for three more runs. In the inning, four runners reached base and three came around the score and an RBI base hit by Dillon Koster and two Bulldog errors, which made the score 5-3 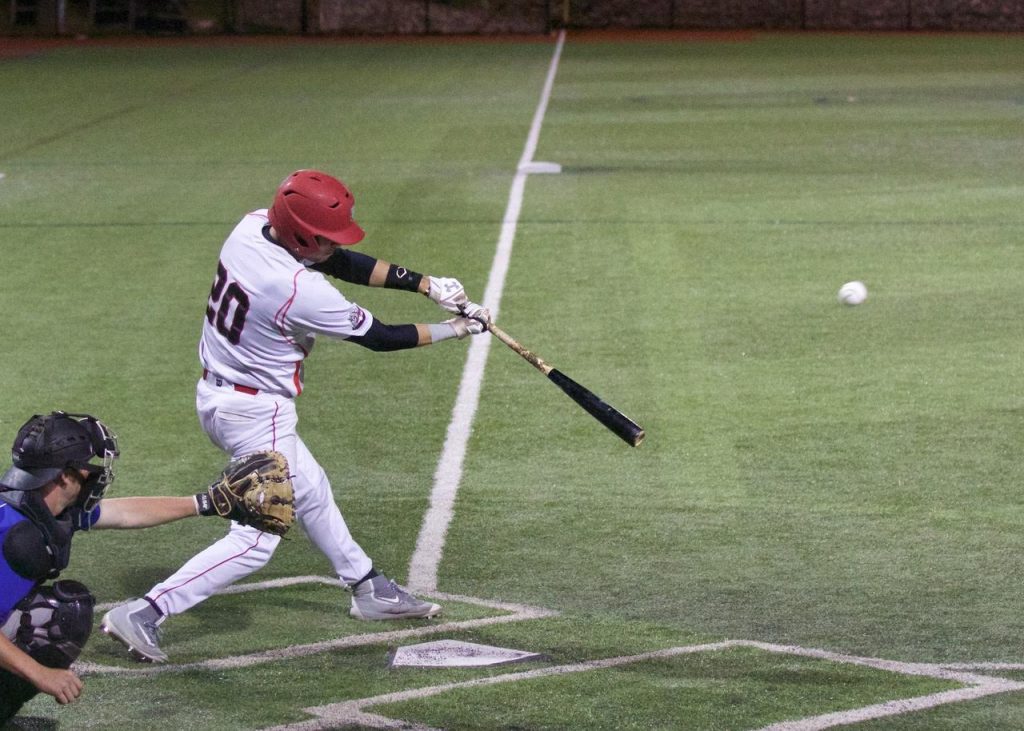 The Bulldogs cut the Merchants lead down in the bottom of the fourth when Kyle Brennen doubled to bring home Mason Campbell. Darren Hartwell then brought home Andrew Moccia on an RBI groundout. The offense continued as Tyler Cedeno beat out an infield single, which brought home another run and tied the score 5-5. 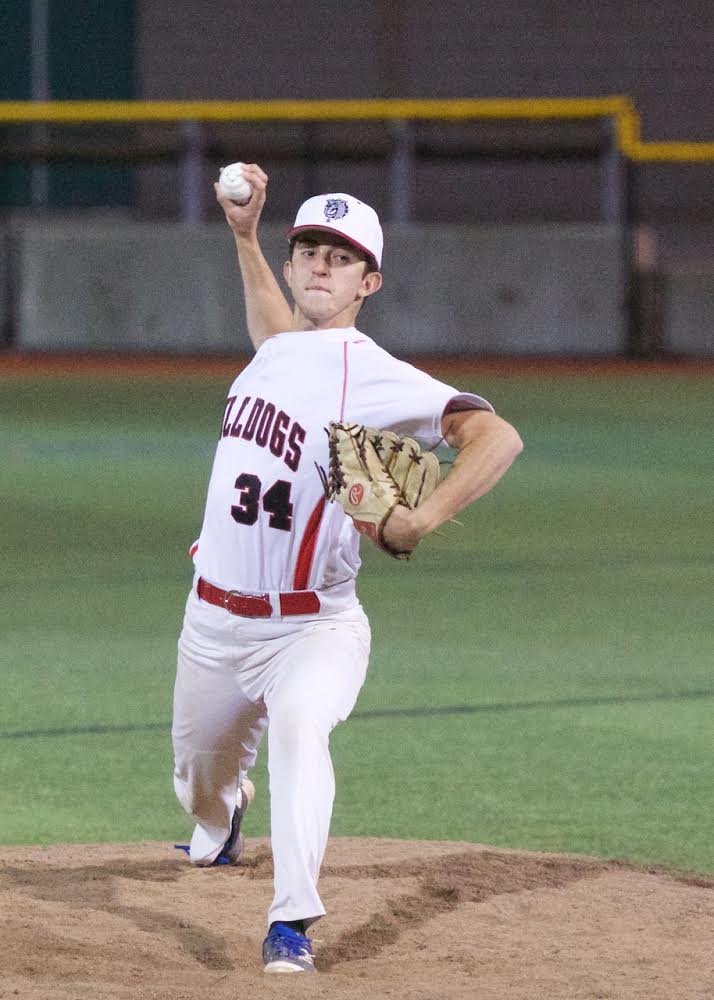 That scored would hold through extra innings, as neither team could push across the go-ahead run and the game ended in a 5-5 tie. The Bulldogs saw a strong relief performance by Ben Gottesman who pitched five innings out of the bullpen, only allowing two hits and striking out six. Offensively, the Bulldogs received RBI base hits from Tyler Cedeno, Darren Hartwell, and Kyle Brennan. 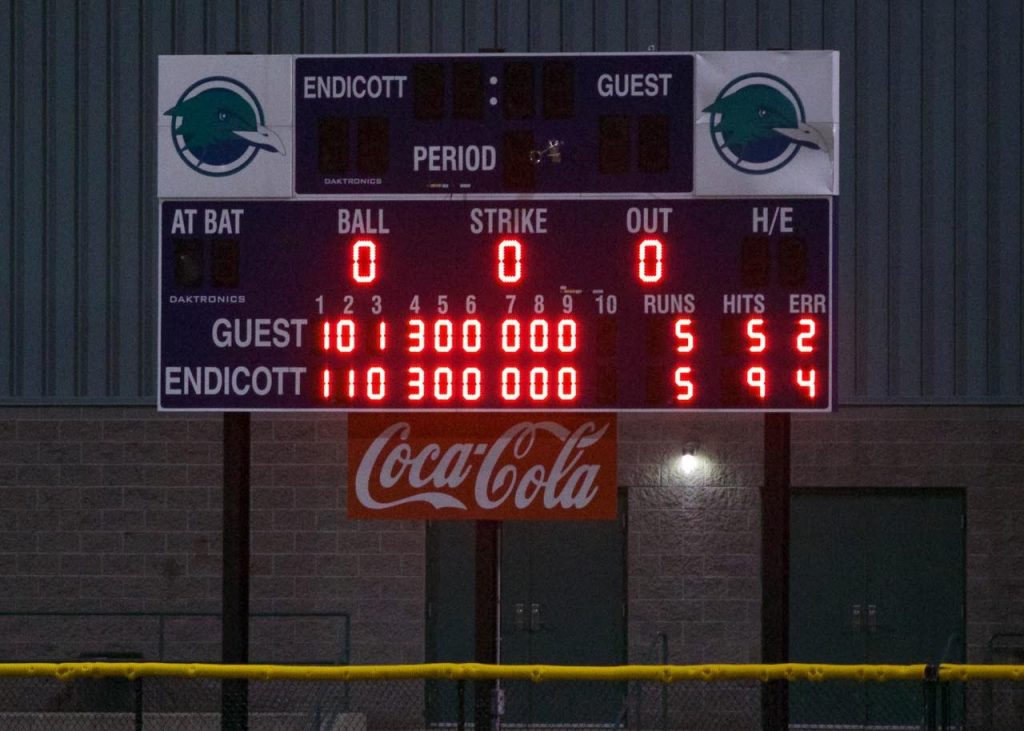 The Bulldogs look to get back in the win column when they face Wakefield again on Wednesday night in Wakefield.