24 Articles on the Warrant 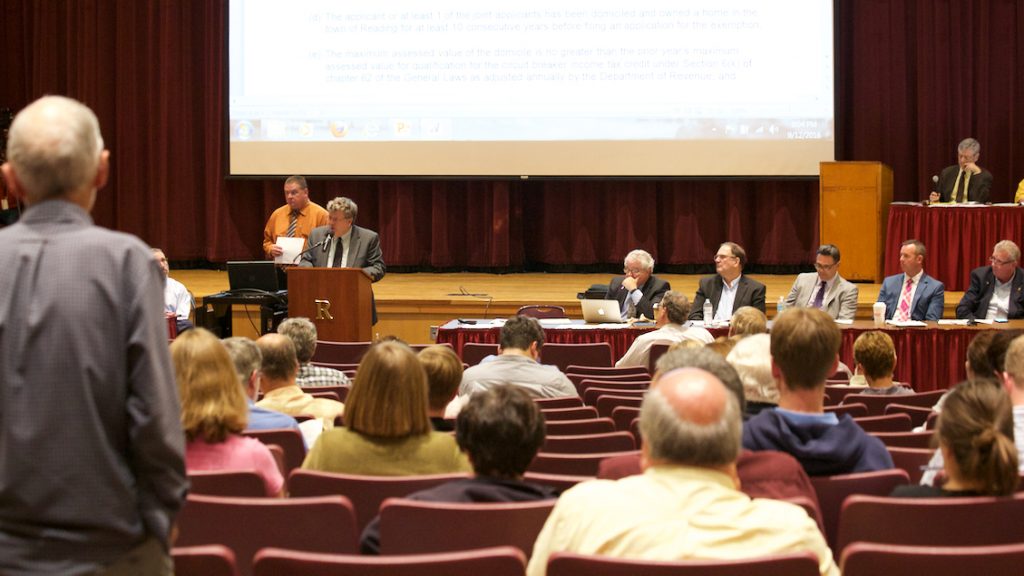 This year’s Annual Town Meeting will start on Monday, April 24 and continue on Thursdays and Mondays until all the businesses completed. There are 24 articles – that is pieces of business, on the agenda, called the warrant – for the meeting. A few warrant article highlights include adoption of the Fiscal Year 2018 budget, expansion of the downtown Smart Growth district, and a warrant article seeking zoning changes that will prohibit the establishment of commercial marijuana businesses in Reading. This article follows a question on the recent local election ballot asking voters if they would like to see this type of zoning enacted. Voters overwhelmingly voted in favor of the question. Town Meeting will now have to decide if it will abide by the expressed wishes of the voters.

Town Meeting functions as Reading’s legislative body. Reading uses a representative town meeting, whose members are elected from eight precincts. The voters elect 24 town meeting members per precinct which serve for overlapping three-year terms, making the total of 192 Town Meeting members. The list of members is available on the town website. These members meet for a minimum of two times a year, the Annual Town Meeting in April and the Subsequent Town Meeting in November. Other Special Town Meetings can be called as needed at other times by the Board of Selectmen or by any group of 200 voters. The moderator, elected annually by the voters, runs each session of the meeting. Alan Foulds is the current moderator and is serving his 21st year in the role. He says “I like to begin the annual meeting with a very brief tutorial explaining how things work. We often have many new members attending their first meeting. This year is no exception.” 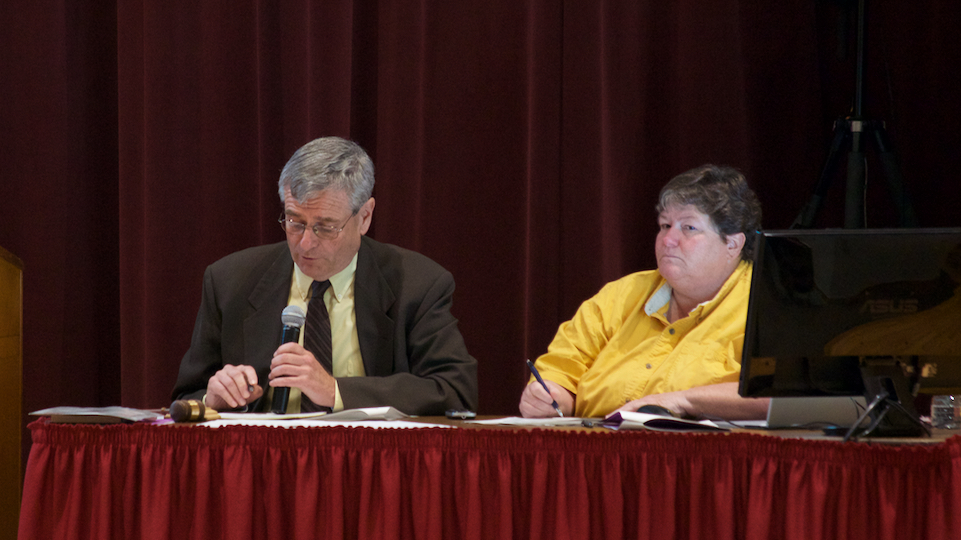 At the April meeting, a “state of the town address” is given by the board of selectmen chair. The budgets for the municipal government and school district are also approved at this meeting. Other topics may include changes to town or zoning bylaws, capital expenses and other business concerning the entire town. In November, town meeting will amend the budget if needed as well as any of the other types of business that may need to occur.

The board of selectmen is responsible for calling Town Meetings. Its members develop the warrant by listening to residents and to other town committees for changes that should be made. Groups of individual citizens may also petition for an article to be placed on the warrant. The Selectmen also review fiscal guidelines for the annual operating budget and capital improvements program and make recommendations on these to town meeting. The vote of town meeting is the final say on all these matters.

The town of Reading was initially governed by an open town meeting and a Board of Selectmen until the 1940s. In 1944, Reading adopted the representative town meeting model of local government in place of the open town meeting. In 1986, the town charter was adopted. This change retained the town meeting and board of selectmen, but focused policy and decision making in a smaller number of elected boards and committees while providing for the employment of a town manager to be responsible for day to day operations of the local government.