Reading, MA — A Select Board discussion of the process for hiring a new police chief became contentious on Tuesday, February 11. The discussion began with a public comment period highlighted by support for leaked finalist Deputy Chief David Clark. “He has performed more than adequately.” one officer and resident declared. “We cannot continue to operate under these conditions [of having no established leader].” Concern was also expressed by former Select Board member John Arena stating, “There is no reason to delay this for one more second.”

Town Manager Robert LeLacheur then reviewed the process that had been undertaken, which he referred to as “thorough.” It began with a Selection Committee, which included two members of the Select Board, that reviewed applications and chose the top five candidates for the position. This led to a day-long “Assessment Center” on November 19 which was overseen by a panel of chiefs and former chiefs from other communities. This event was witnessed by the members of the Selection Committee and by a group of five members of the public. This resulted in two candidates being chosen as finalists. These finalists were interviewed by LeLacheur, Library Director Amy Lannon, representing the Selection Committee, and Administrative Services Director Matt Kraunelis, representing Human Resources. Detailed information regarding the interview process was provided to each Select Board member individually. As a result of the interviews, LeLacheur recommended a candidate to the Select Board. Chair Vanessa Alvarado asked that the name of the candidate be withheld until the Select Board could have a discussion on the process. 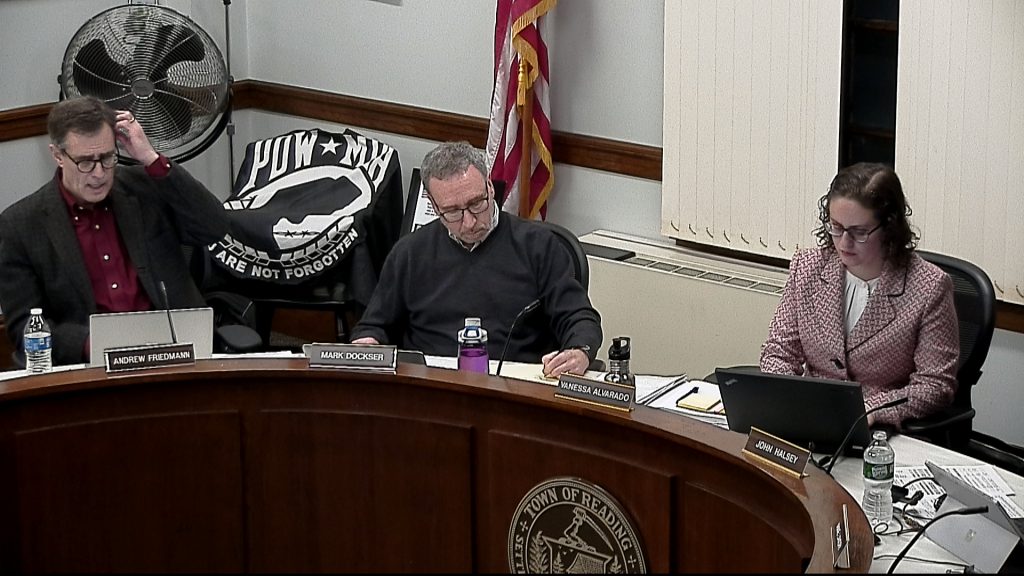 Select Board members Andrew Friedmann, Anne Landry, and Mark Dockser questioned the lack of community input into the process. “We fell down,” Dockser commented. Landry indicated that LeLacheur had suggested to her that listening sessions were a way the board could participate in the process. Select Board member John Halsey then laid the failure to have community listening sessions on chair Vanessa Alvarado’s failure to schedule them. Halsey also stated that he had asked for the discussion regarding the chief to be on the agenda since the middle of January. “I was denied by the chair.” Halsey declared. Halsey then asked the board to consider the stress that not having a settled chief was placing on the department and asked them to affirm LeLacheur’s candidate. To this, the assembled crowd mostly made up of police officers in civilian attire, applauded. Alvarado responded that Halsey’s assertions contained “several inaccuracies and lies” but chose not to elaborate. Alvarado then attempted to direct the conversation back toward the discussion of the process.

Friedmann chimed in stating, “I’m feeling intimidated by all the police officers in this room. I have to live in this town and you all carry guns.” In response to this statement, most of the assembled crowd stood and left the room en masse. Friedmann later apologized to Clark for his comments. Clark assured Friedmann not to be concerned, “They are all professionals.” Clark affirmed. Alvarado weighed in again on the process, specifically that it “has done a disservice to a member of the department” and that she was disappointed in the board and in the Town Manager. “This is a failing of process” Alvarado declared. At the end of the meeting, Dockser expressed that he was disappointed in the comments by both Halsey and Friedmann again asserting, “We all fell down.” Halsey responded that he respected Dockser’s opinion.

Continued discussion revolved around frustration, primarily by Alvarado, at only being presented with one candidate. Landry likened the situation to the president nominating one candidate for the Supreme Court, and the Senate having to affirm or deny the nomination. Landry also suggested that another meeting could be called before the election, to allow Halsey, who is not running for re-election, to participate in the discussion and the vote.

The Select Board decided to host a public listening session on February 19 at 7:30 pm and to vote at a specially called meeting on February 26. 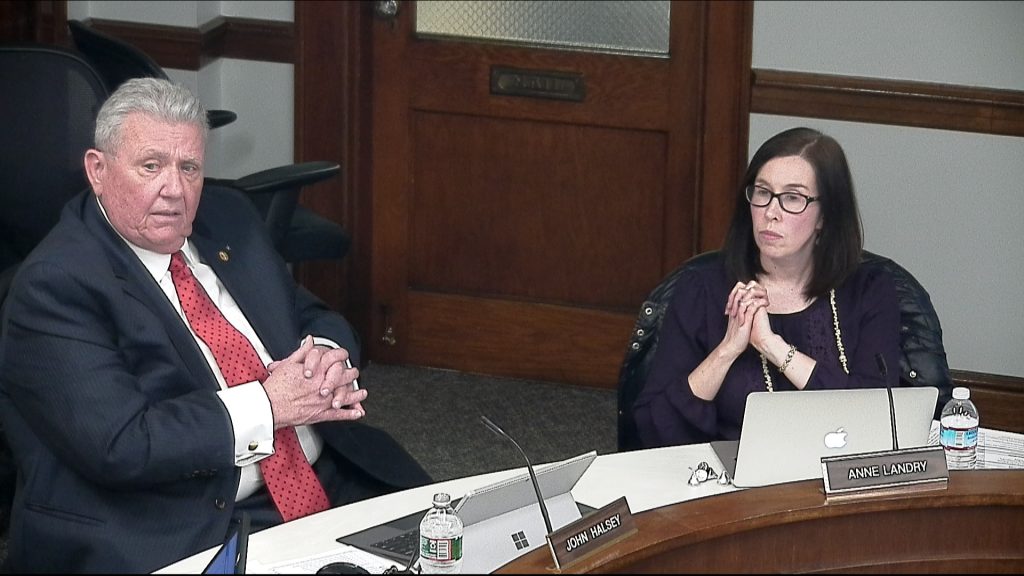 The Select Board began the meeting with Landry’s report on the recommendation of the Ad-Hoc Human Rights Committee. The report recommends that a human rights organization, structured similarly to the Reading Coalition Against Substance Abuse, be formed under the auspices of the library. An interim advisory board would be established with the goal of fine-tuning a mission, establishing the membership of a permanent advisory board, and creating a job description for an executive director. “I feel good about the process that got us here,” Landry reported. While the board chose not to vote, as no vote on the topic had been announced on the published agenda, it was agreed that Landry could approach the Library Board of Trustees, asking them to take up the task.

Dockser presented several options to the board that could be presented to the Reading Municipal Light Department (RMLD) Board of Commissioners regarding recalculating RMLD’s annual payment to the town. Most of the plans used kilowatt-hour usage as the metric to calculate the payment. Halsey recommended that revenue would be a better metric, which was met with general agreement by the other members of the board. Friedmann suggested that the best way to solve the issue was through a joint meeting between the boards. LeLacheur also suggested that if the RMLD needing an emergency fund, was the heart of the issue, that the town might be able to “share” in the expense in the case of a major capital failure. Dockser will share his ideas with the Board of Commissioners at their next meeting.

The board also formally performed the Town Manager’s review, which was supposed to occur by September, a delay that Halsey referred to as “inexcusable.” Generally, LeLacheur was favorably reviewed, though a few areas of concern were highlighted in the areas of communications and employee retention. He was rated highly on his financial management and emergency management plans. Though Alvarado stated that there should never be any surprises in a review, LeLacheur did indicate that there were a few comments that he did not understand, and asked members of the board in the future to keep open lines of communication.