Town Manager Robert LeLacheur presented a request from the Parking Traffic Transportation Task Force (PTTTF) to the Select Board on Tuesday, December 3, seeking to close “two loopholes” in the downtown parking regulations. The regulations in question allow residents in the downtown area to acquire parking stickers for their vehicles without cost. Many streets in the residential portions of downtown are posted as resident parking only, to dissuade commuters and others from parking in the neighborhoods instead of at the paid parking at the depot. The parking stickers, which are available to homeowners without cost, are intended to identify homeowners’ cars, allowing them to park on the street in front of their property. 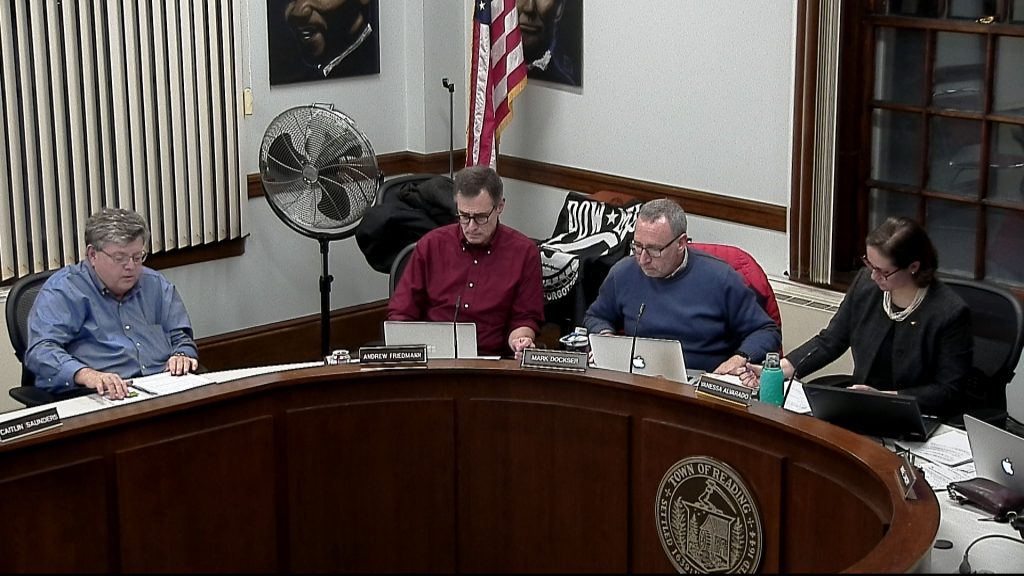 Under the current regulations, residents of the new 40B and 40R developments in the downtown would qualify for the free stickers. The changes proposed by the PTTTF seek to change this. LeLacheur explained that these projects provide ample onsite parking for tenants and visitors and that the PTTTF believes that the stickers should only be available to the property owners for whom they were designed. Select Board chair Vanessa Alvarado expressed concern over the distinction being created between different types of residents, “[If the changes are made] We are treating tenants differently than we are treating homeowners.” Both Alvarado and member Andrew Friedmann voted against the motion creating a 2-2 tie as board member John Halsey was not present for the meeting. Alvarado suggested that the matter be brought before the board again to allow Halsey the chance to express his opinion. 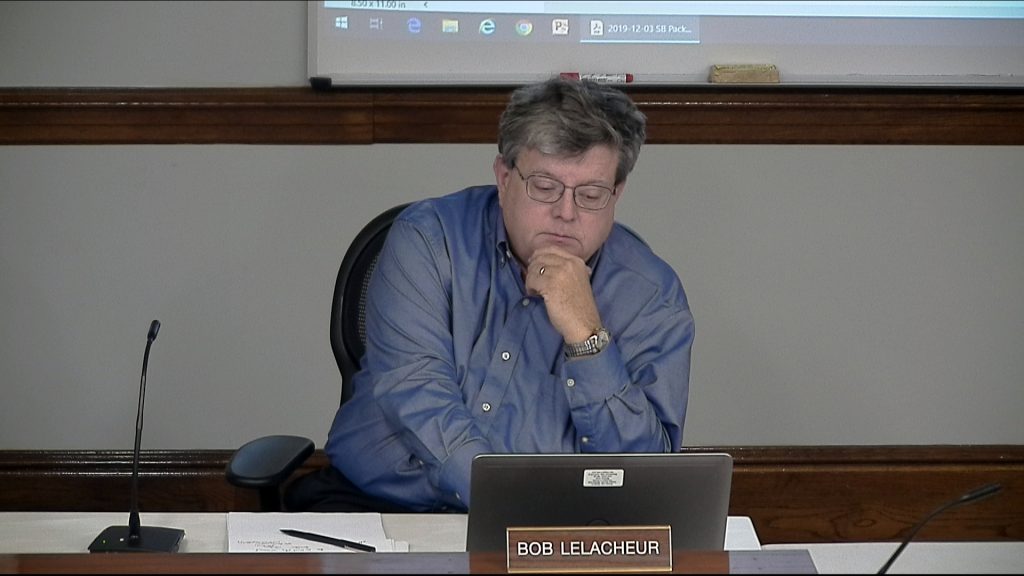 The Select Board voted 4-0 to change the name of the Reading Coalition Against Substance Abuse to the Reading Coalition for Prevention and Support. It also voted 4-0 to renew the liquor licenses for package stores, clubs, and veterans’ clubs in town. A vote to renew the licenses of restaurants and bars was delayed due to concerns over a particular establishment that allegedly knowingly violated its occupancy restrictions last Wednesday evening. The establishment had been reminded about the restrictions earlier by town officials, yet when a fight between several 22-year-old patrons broke out, police had difficulty entering the building due to the number of people in the establishment. “Thank goodness it was not a fire,” LeLacheur commented. The board is seeking advice from town counsel about its options before issuing the licenses. The public hearing on the matter was continued to Wednesday, December 11 at 7:00 pm. 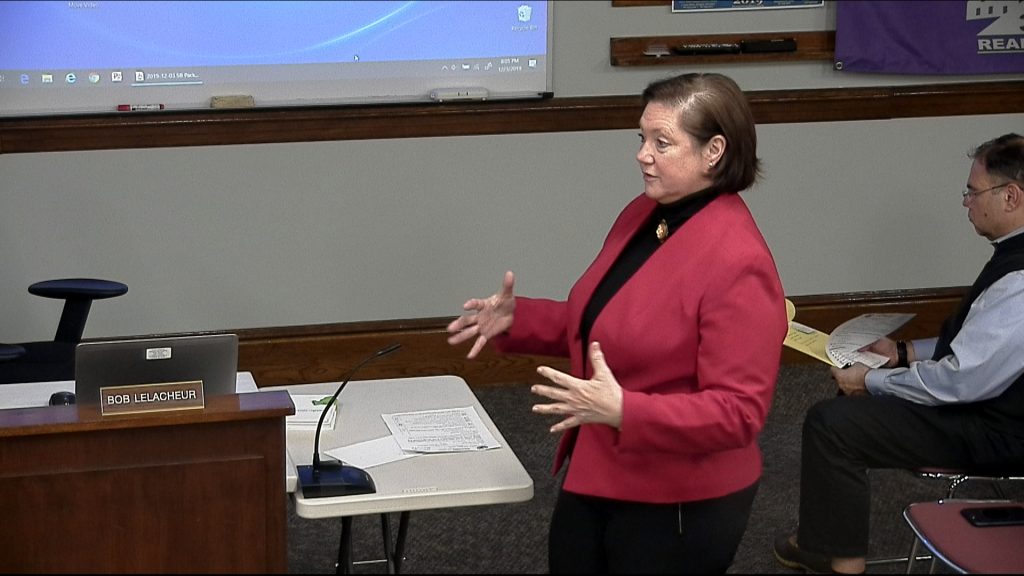 Human Resources Director Judith Perkins gave the board a presentation on employee attraction and retention. Perkins showed several videos designed to lure potential employees to Reading as well as samples of videos used for onboarding of new employees and training available to all employees. Reading had 63 job openings last year with over 1,000 applicants. Human Resources also performed 485 criminal background checks in that time period. When questioned by Friedmann as to why employees leave, Perkins responded that most younger employees who move on do so for career growth opportunities. Friedmann followed asking for information about the number of employees who have left, how long they were employed, and why they left. Perkins stated that the information would be easy to develop. 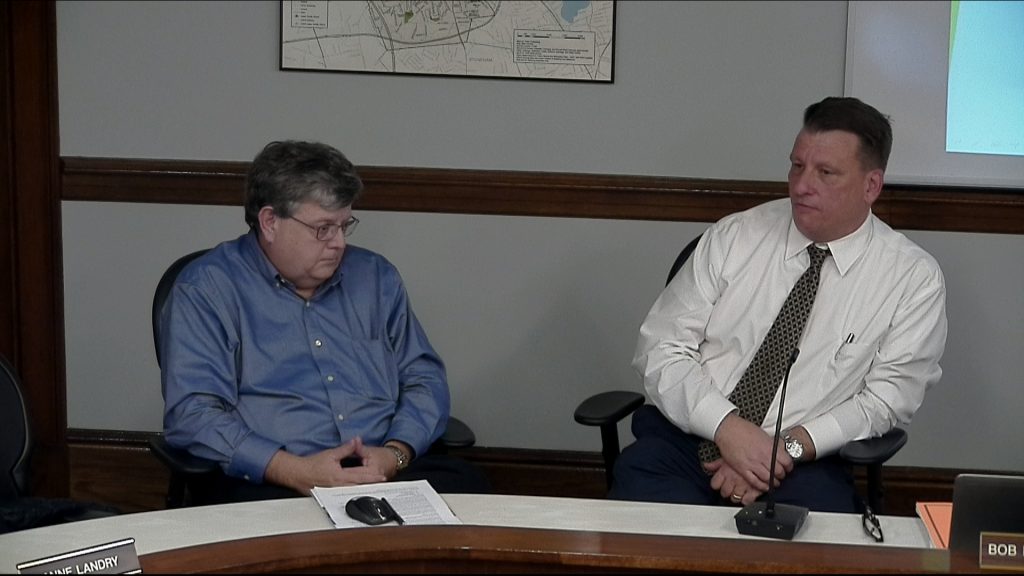 The board also had a presentation from Director of Facilities Joe Huggins regarding energy usage in town facilities. Huggins began by stating that the best way for the town to be environmentally conscious is for the town to use less energy. Huggins gave a long list of improvements that have been made under the current performance contract with NORESCO, including led lighting replacements, motion lighting controls, efficient boiler replacements, and water-saving bathroom improvements. February 1, 2018, to January 2019 was the eighth year of the contract. During that year the town had verified energy savings of $408,921. This was $28,857 greater than the contracted savings of $380,064. Huggins also presented a timeline to continue performance contracting into to future. Several members of the board asked Huggins about the use of alternative energy sources in the future. Both LeLacheur and Huggins suggested that this would be a part of future performance contracting. When asked, Huggins also informed the board that other improvements could be made outside of the contract with NORESCO. This caused member Mark Dockser to comment, “The onus is on us to go above and beyond the performance contracting.”

Before adjournment, the board had an extended conversation regarding possible as-built changes from the comprehensive permit by the developer of the Lincoln/Prescott 40B. Lelacheur counseled that the Select Board really had no course of action it could take, but that the matter was on the agenda for the Zoning Board of Appeals on Wednesday night. The Select Board adjourned at 10:45 pm.