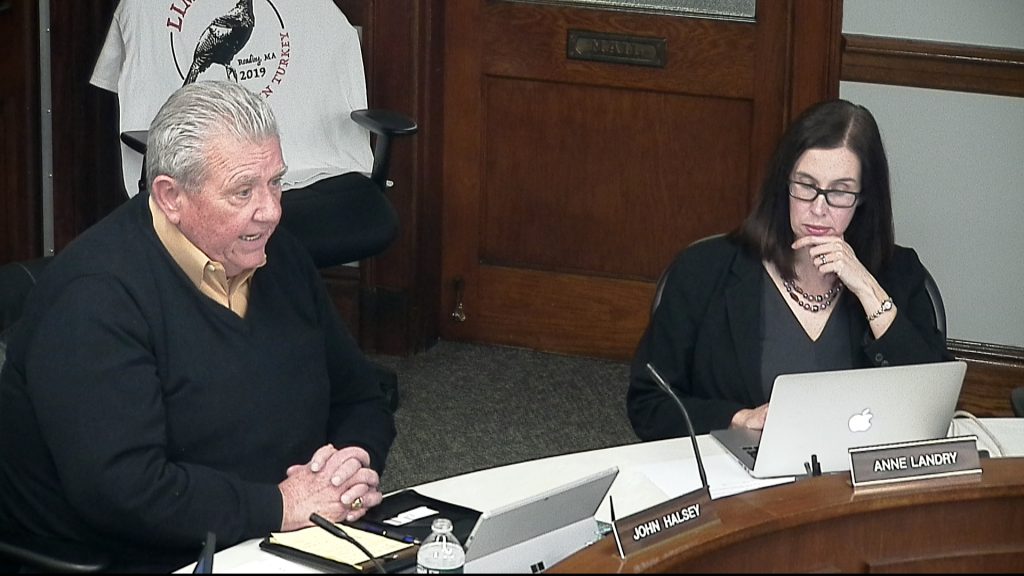 Reading, MA — Select Board member John Halsey, taking a point of personal privilege at the beginning of the November 19 Select Board meeting, announced to the community that he would not be seeking re-election in the upcoming local election this March. Halsey, who is reaching the end of his second term on the board, expressed gratitude for being able to serve as he reminded the community that young people and seniors continue to need “champions” in the community. He promised to remain involved and stated that people would “continue to see his face” around town. According to the town clerk’s office, Select Board member Andrew Friedmann has pulled papers for re-election. 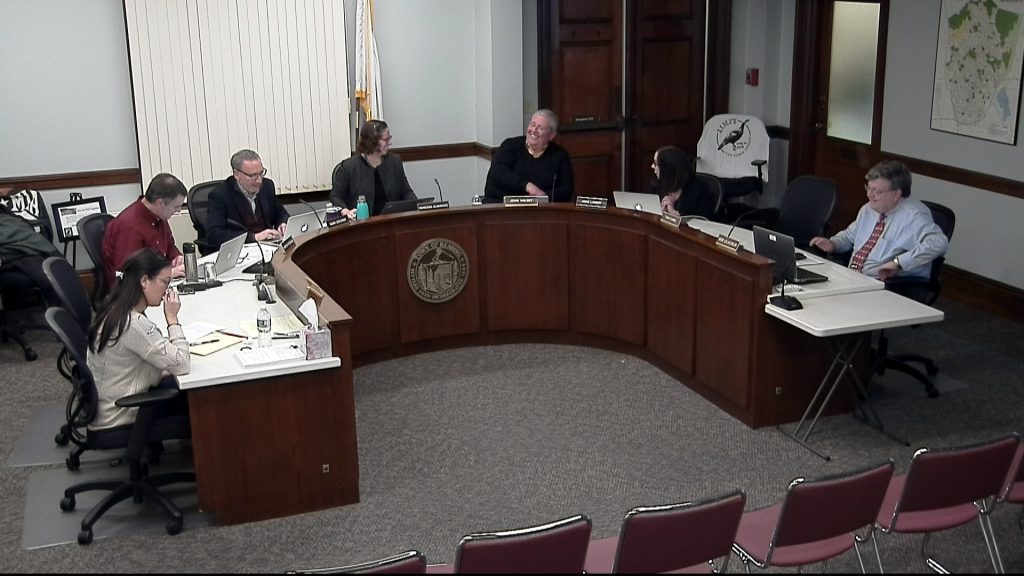 Select Board chair Vanessa Alvarado, who promised a proper send-off when Halsey’s term is officially over, thanked him for his service to the town. Alvarado also commended town staff on how the recent boil-water order was handled. “It was reassuring to see how prepared town staff was to handle an emergency,” Alvarado commented. Town Manager Robert LeLacheur credited the amount of time staff spend in preparation as the primary reason for the seamless cooperation. LeLacheur also reported that the fences at the Birch Meadow softball field have been extended and the benches have been moved, hopefully making the field safer for players.

The Select Board spent the bulk of the meeting reviewing policies. First was a new set of policies relating to the issuance of liquor licenses. Managers and owners of local liquor serving establishments in town were invited to attend the public hearing on the issue, with several offering input to the board. The new policies make it clear that no employee who has not had the appropriate training is permitted to serve or sell alcoholic beverages in town. Store, restaurant, and club managers are now required to use a form provided by the Town Manager’s office each month certifying the list of employees who have been trained. All persons seeking to purchase alcohol are required to have their identification checked if there is any question at all as to whether or not they are of age. The new policies were developed after one local establishment was caught selling alcohol to minors and it was shown that the previous policies on training were unclear. A new category of veterans’ clubs, with lower fees than other clubs, also was added to the policy. The Select Board voted 5-0 to approve the new policies which will be in force as of January 1, 2020.

The Board also spent time reviewing its own communications policy. Select Board member Anne Landry reported some of the work of the communications sub-committee regarding what is to happen when a resident reaches out to a Select Board member with an issue. Select Board members can respond but should be cautious not to reply to all, and should copy the town manager on the correspondence. If town staff can handle the issue the town manager will keep the board informed either through email or in his written report. The concern regarding email responses arose due to the desire to address citizen concerns while maintaining rules regarding open meeting law. The board will continue the process of revising this policy going forward.

The board continued work to create a form for the town manager’s performance review, it voted 5-0 to dispose of surplus equipment, appointed Patricia Calley as School Committee representative on the human rights ad-hoc committee by a vote of 5-0, and voted 5-0 to accept a change of manager for Bertucci’s restaurant. 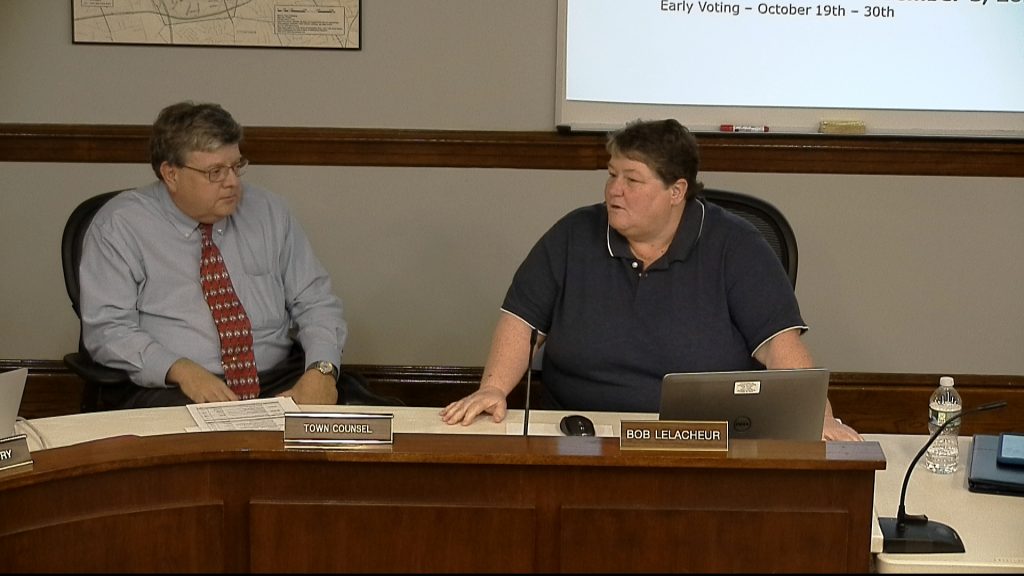 Town Clerk Laura Gemme updated the board on plans for the 2020 election cycle. All dates and deadlines for the elections in 2020 can be found on the town website. Nomination papers for the local election in March are now available and will be until January 13. The nomination papers need to be returned by January 14. Early voting for the local election and the presidential primary is expected to be from February 24 to February 28 at Town Hall. Election day is March 3.

Gemme reported that the dual election on March 3 will cost approximately $1,500 in additional supplies. There are also additional costs for election workers, primarily due to early voting. The state has approved the rental and use of extra voting machines on March 3 at a cost of $24,000. Gemme stated that she is, “eighty percent certain the state will pay for it.” The purpose of the extra machines is to help reduce lines as people will be voting in both the local election and the presidential primary at the same time. “It is the goal that voting take no more than 15 minutes.” Gemme shared. The town continues to seek more election workers. Anyone interested may contact the clerk’s office.