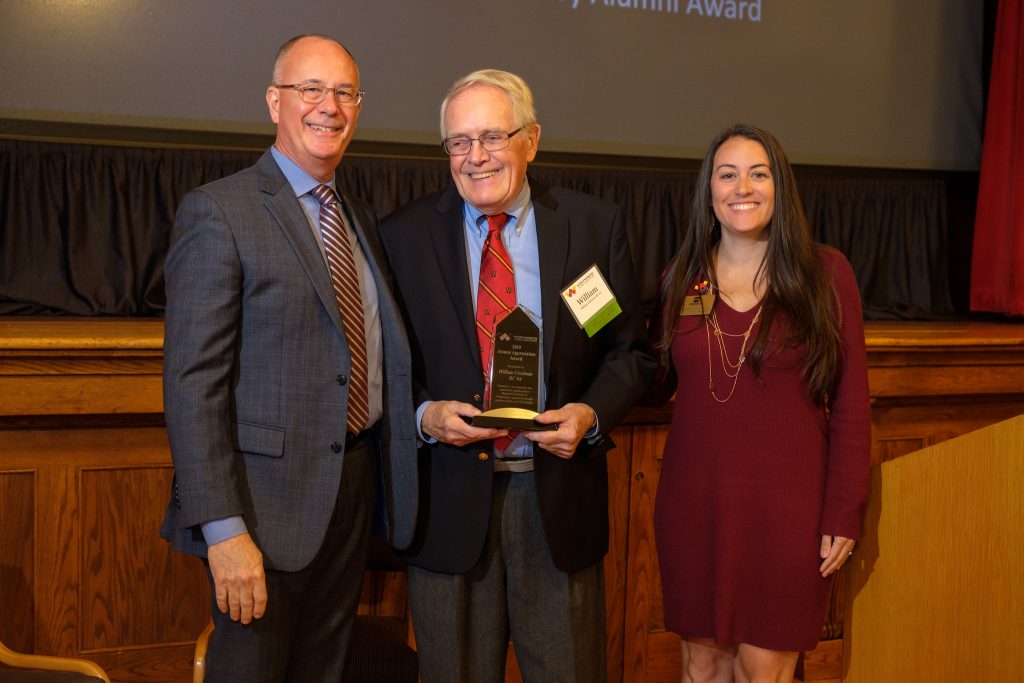 Reading, MA — Wentworth Institute of Technology’s Alumni Association has honored William Creelman of Reading with its 2019 Alumni Appreciation Award, presented to an individual who, “contributes significantly to Wentworth’s reputation through words or deeds, on or off-campus.”

A former captain in the Massachusetts Army National Guard, Creelman received an associate degree in building construction from Wentworth and a degree in structural engineering from Northeastern University. He served on the Facilities Committee of Wentworth’s Board of Trustees from 2008-2010 and is currently a university adviser at the institute.