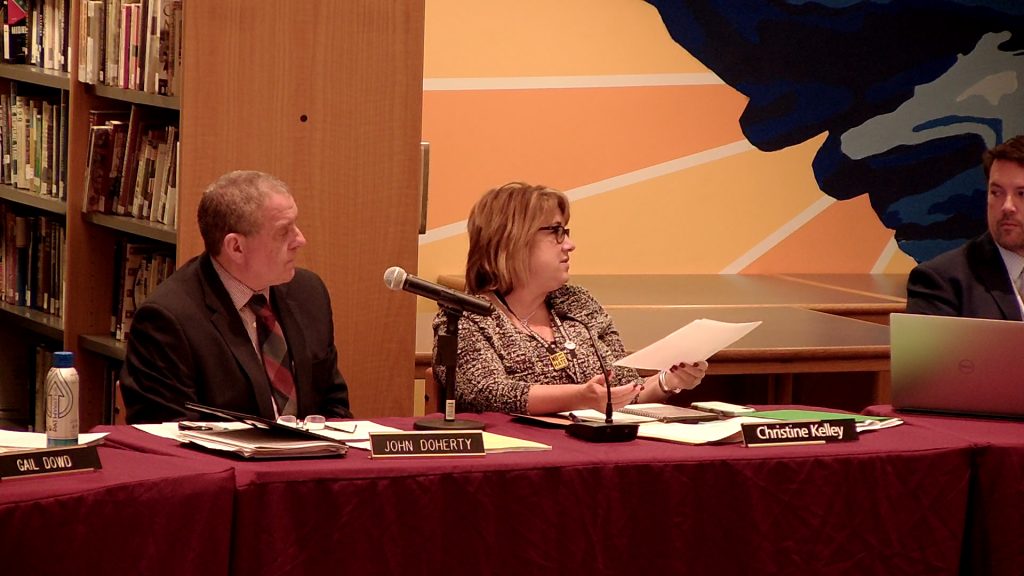 While the full Elementary Space Needs Report will be delivered to the School Committee in November, Superintendent John Doherty shared a space need concern for the upcoming 2020-2021 school year with the School Committee on October 17. Doherty reported that due to an additional classroom needed for the Compass Program, and expected enrollment increases for grade one, Birch Meadow Elementary School will be short two classrooms for next year and Wood End Elementary School will be short one classroom for next year. The space needs are “Driven by programmatic changes in education over the last few years,” Doherty added. He then suggested four potential courses of action, including internal construction at both schools, use of space at Reading Memorial High School (RMHS), purchase of additional modular classrooms, or a combination of plans.

Doherty went into detail describing the various ways that classrooms could be created at Birch Meadow, including turning three classrooms into four in the older wing of the building, carving up the Birch Meadow library, repurposing storage and teacher spaces, and building a classroom on the stage. Most of the rooms created would be smaller than optimal and some would not have windows. Also, the reconfigured Birch Meadow library would be significantly smaller than others in the district. According to Director of Facilities Joe Huggins, this option would cost “Over $1 million dollars and take Birch Meadow off-line for ten weeks of the summer.” 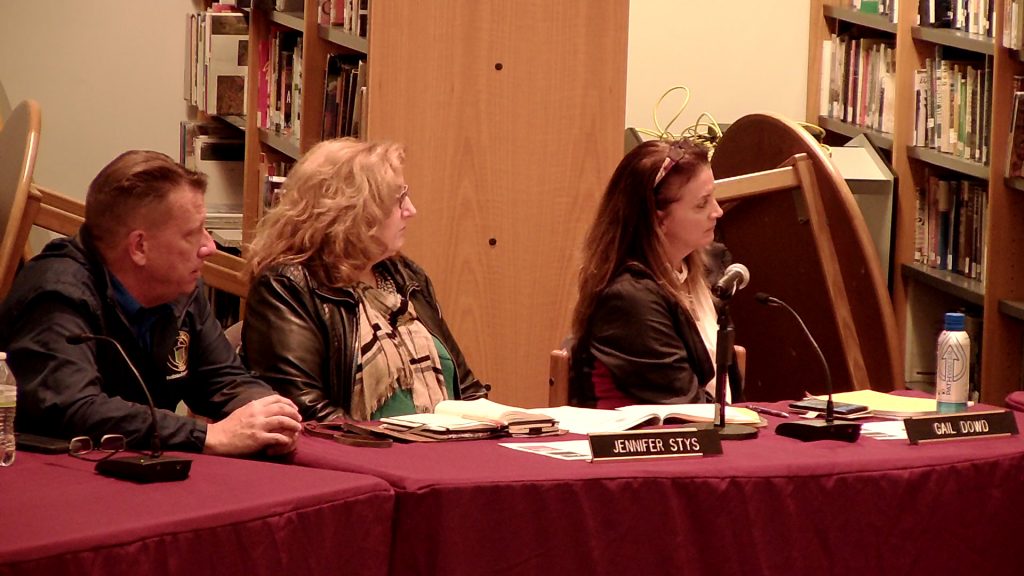 Doherty explained that there are three rooms in the Field House at RMHS that could be converted into a “Birch Meadow Annex” however they also would be smaller than optimal. He went on to remind the committee that there used to be two modular classrooms at Birch Meadow and that the water and sewer lines for those modules still existed. This would help mitigate the cost of placing two new ones at the school. Doherty estimated that the purchase and placement of two modular at Birch Meadow and some internal work at Wood End would cost approximately $750,000. The likely plan at Wood End is to convert space in the library into a classroom. The Wood End library is larger than most in the district, and the new configuration would only reduce it to average size. After a discussion with Town Manager Robert LeLacheur, Doherty suggested that if the School Committee voted to approve the plan, November Town Meeting would be asked to appropriate the funding from the town’s free cash reserves. 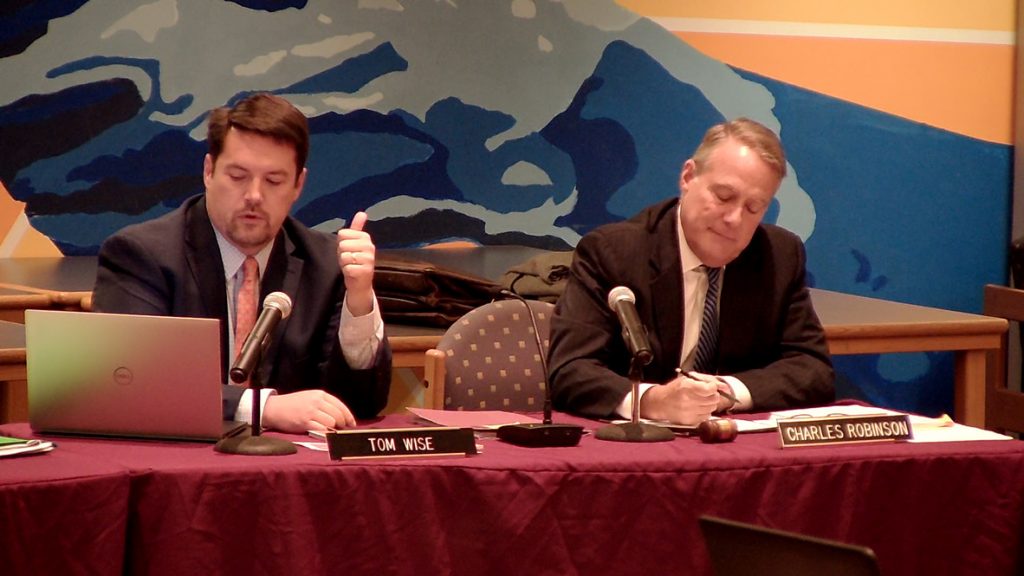 Wise also asked about the costs of sending special education students out of the district. Director of Finance Gail Dowd responded that between tuition and transportation it could cost $900,000 annually to send the students elsewhere. “So the project would pay for itself in less than a year then?” Wise asked. Dowd affirmed the statement. School Committee member Jeanne Borawski reminded the committee of their commitment to reasonable class sizes and class size equity across the district.

The School Committee voted 5-0 to approve a motion to ask Town Meeting for $750,000 for two modular classrooms at Birch Meadow elementary school, and internal construction at Wood End Elementary School. 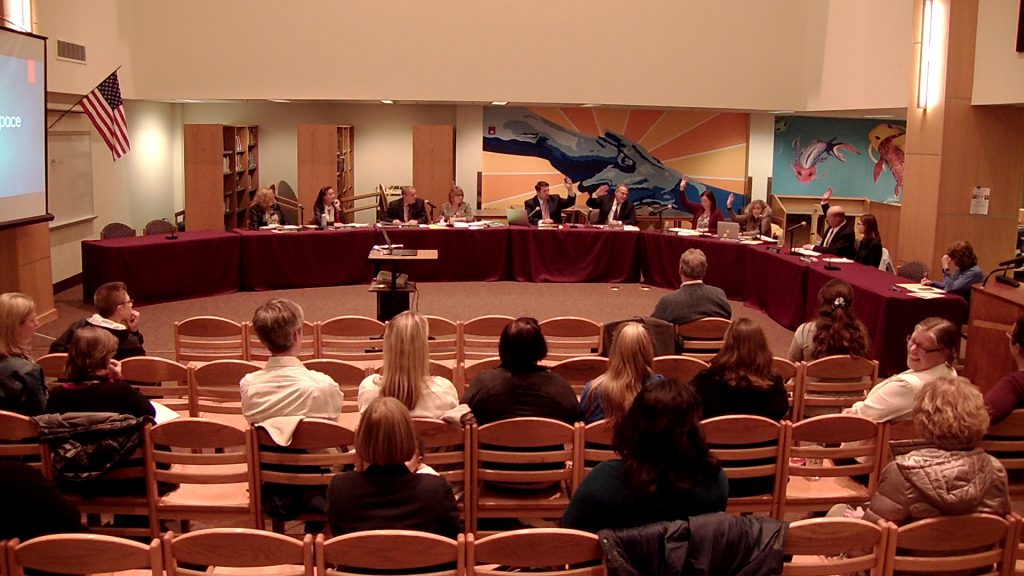 Assistant Superintendent Kelley gave the School Committee what she referred to as a “5000-foot” overview of the district’s MCAS scores from last year. Kelley was pleased to report that overall the district had an improved accountability rating that went from 66% to 68% and moved from “Partially Meeting Targets” to “Substantial Progress Towards Targets.” She was also pleased that growth levels are near or above 50% for all grade levels, which the preferred rate for the state benchmark.

Using the percentage of students who scored in the “Meeting Expectations” and the “Exceeds Expectations” categories, Kelley reported that Reading scored substantially higher than the state average in all tested areas. In just about all of the areas tested, sixty percent or higher of Reading students scored in the highest two levels. She also compared the changes in these scores to changes in the state scores. In most areas, Reading students compared favorably to how students around the state fared. One area of concern is in fifth grade ELA, where there was an 11% drop for Reading students scoring in the top two ratings. The state also dropped 2%. Kelley suggested that this could be an issue with the test, and would be looked into more closely. Grade seven and eight ELA had challenges as well. Grade six ELA scores had strong improvement, as did science scores across the district.

At RMHS, scores exceeded the state’s in all areas and met targets in most areas, but there was no comparison with previous years as the tests were new last year and comparisons could not be drawn. Kelley did share that reports from students were that the ELA test was harder than in the past. Kelley also pointed out that many current juniors will be given the opportunity to retake the test if they wish, not because they did poorly, but because, after review, the state determined that there was an inappropriate question on the test.

Kelley concluded the review reminding the School Committee that achievement scores “only tell part of the picture” and that the state weighed growth equally with achievement in determining accountability. According to Kelley, Reading has, “as good a student growth chart as any district will have.” Wise did express concern that there seems to be a pattern of differentiation in growth between the two middle schools. Kelley said that her team, along with the principals, were working on the issue, along with other concerns in the data and that solutions would be forthcoming. Kelley also invited the committee, along with parents and members of the community, to the presentations of each school’s scores that will be hosted at the schools in the next month for a more in-depth review on that level.

District STEM coordinator Heather Leonard presented the progress in the implementation of the new middle school math curriculum. The current curriculum tool “Digits” will no longer be supported by the publisher as of next year. This gave the team a year to really determine the best option for Reading. There is “no single published tool that does everything you want done.” Leonard explained. The team at the schools devised a plan to pilot possible new curriculum tools in several units during the year so that the team can have rich, real-time data for evaluation. These were purchased through a High-Quality Instruction Grant. Concern was expressed by a few parents about the exclusive use of online resources and the lack of textbooks in the new curriculum. Leonard answered that this was one of the areas being considered in the evaluation process.

Allison Straker, Humanities Coordinator, also updated the committee on the new middle school social studies curriculum, which has been enacted this year due to new state frameworks. She reported that a consultant was hired to help with pacing guides and that the National Geographic curriculum was chosen as it is the only current curriculum tool that combines history and geography in the manner required by the new standards. She also reported that no publisher yet offered curriculum tools for the new civics requirement in grade eight, but she expected that they would be getting on board as all the districts in the state were asking about them. The next steps will be to teach, debrief, refine, and revise what is happening in classrooms and to continue to curate and evaluate resources for students and teachers.

The School Committee adjourned at 10:40 pm.