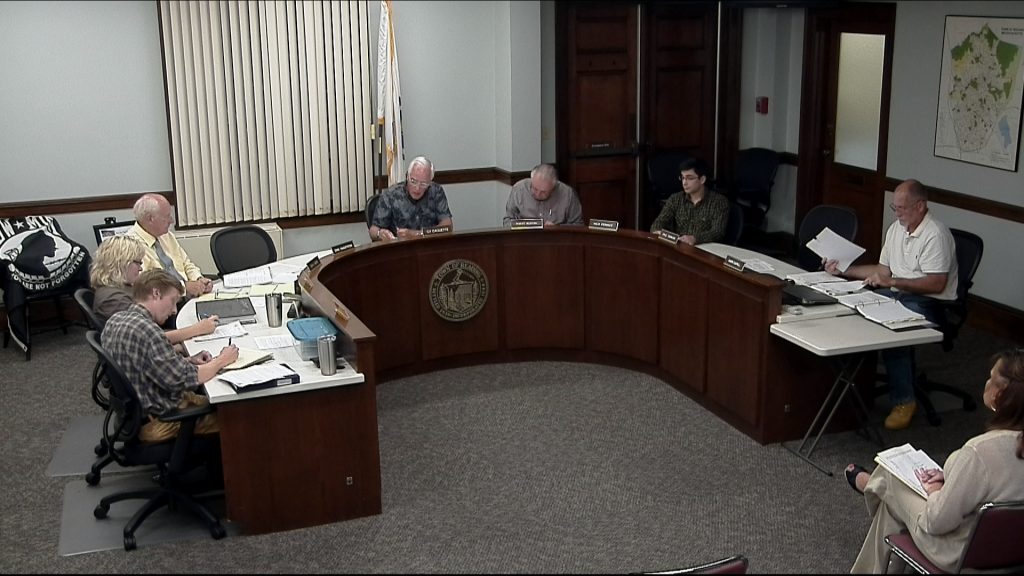 The Weston & Sampson firm, which has now occupied almost three floors of the office building at 55 Walkers Brook Drive, is going to have to wait until the October 2 Zoning Board of Appeals meeting to learn if it will be allowed to place a sign on the building. The proposed sign, would face Walker’s Brook Drive and be in the same location as the Keurig sign it is replacing. While the proposed sign itself is 44 square feet larger than its predecessor, Building Commissioner Mark Dupell stated, “Square footage is not the issue. It’s the location [of the sign].” Dupell continued to share that there is no evidence that the sign placed by Keurig ever was granted approval. Prior to Keurig, TASC had a sign in the location that was approved in 1987, when zoning laws were different than they are today. The current zoning bylaw allows for a sign on the side of the building facing Route 128, but Kim Ford, representing the applicant, argued that the sign would not be visible in that location, due to foliage on that side of the building, which the company has no control over. She also argued that the sign as presented would be less conspicuous than signs for some of the other businesses in the immediate area. ZBA member John Jarema affirmed his thoughts stating “It would be ridiculous not to allow an occupant of that square footage a sign on the building.” This followed statements from members Robert Redfern and Nick Pernice that they believed that the proposed sign was “not detrimental at all” to the area. ZBA continued the public hearing to October 2. 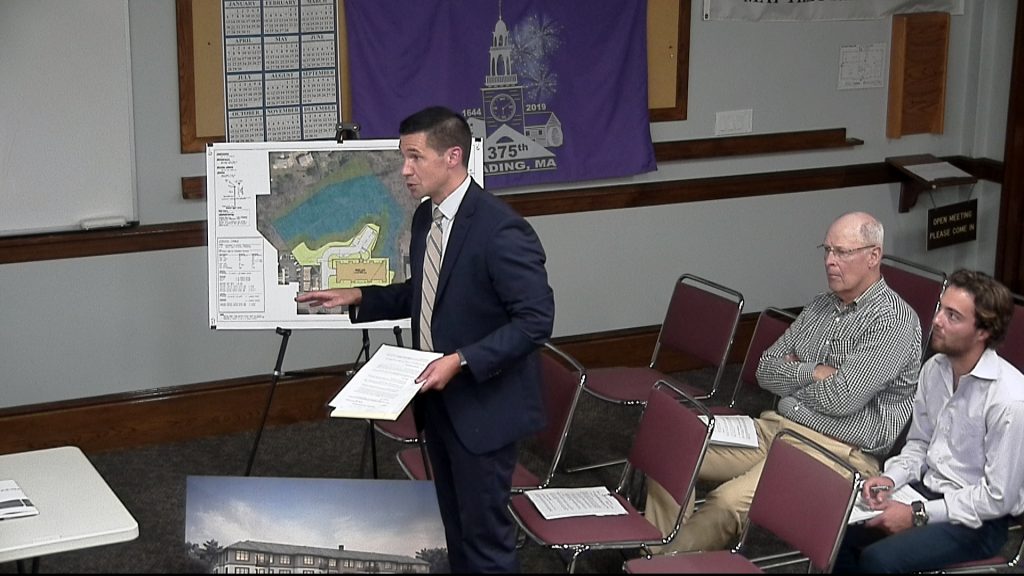 ZBA also heard arguments from attorney Josh Latham, representing Stonegate Construction, seeking either a variance or a special permit, before completing the purchase of the Smith Oil Company land at 259-267 Main Street. Stonegate plans to build an apartment building on the site which Latham shared complies with all the requirements for the A-40 zoning district. While most of the building’s parking will be located under the building, a small area behind the structure would need to be set aside for twelve additional parking spaces and a loading area. This section falls into the S-15 zoning district. For parking to be allowed in the space, relief needs to be granted by the board.

Latham continued, sharing that ten nearby properties on South Main Street already utilize S-15 zoning areas for parking behind their buildings, thus the concept would not be detrimental to the area. He also argued that several of those parking areas abut residential single-family homes, while this proposal would place the parking area over 200 feet from any residences, due to the size of the undevelopable portion of the property. The area in question has been used for vehicle storage by Smith Oil for many years, Latham stated. He concluded by saying that if relief is not granted, the sale of the property to his client could not occur. Several ZBA members, including chair Damase Caouette, were uneasy with the idea of granting a variance, which would remain with the property permanently, but seemed open to granting a special permit to this applicant. ZBA voted 5-0 to continue the hearing to October 2, so that correct language for a special permit could be drafted.

ZBA also voted 5-0 to continue two separate hearings for 26 Green Street, one to enclose an existing deck and another to convert space over a garage into living space. Both hearings were continued to September 18.