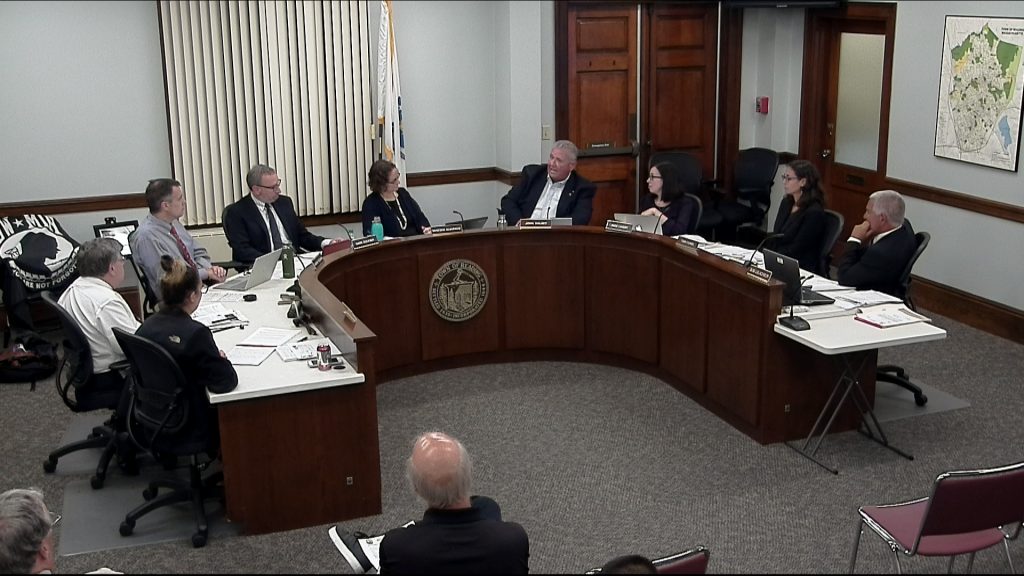 The Select Board voted unanimously on August 27 that Baystate Liquors violated Massachusetts General Law 138 section 34, sale of alcohol to a minor, on two separate occasions, May 18 and May 31. The first violation was discovered through a traffic stop on May 18. Evidence from the traffic stop led to surveillance by the Reading Police Department which resulted in the second incident. The current owner of the store, Tarak Patel, has owned the store for three years and these violations are the first since his ownership of the establishment. The board also considered whether or not the store violated Select Board policies regarding the training of employees on May 18, but ultimately a vote to find a violation failed 2-3. Members John Halsey and Mark Dockser voted in the affirmative. Select Board Chair Vanessa Alvarado stated that there was insufficient evidence presented to the board to find a violation of its policies. Patel was unwilling to hand over records that would show who was working in the store on that date. 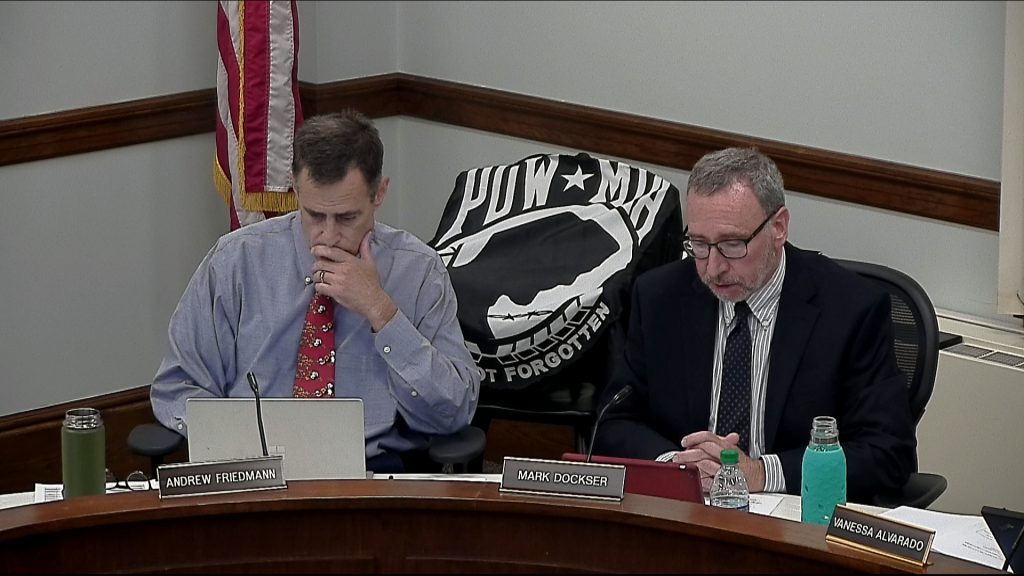 The board held an extensive discussion regarding the penalties that should be assessed for the violations. Dockser argued that, while he wanted to send a clear message, he did not want to enforce penalties that might put the store out of business. Member Anne Landry added that the two violations should be treated as one, as no notification of the first violation had been received by the store, prior to the second violation. Halsey stated that he wanted to send a “clear message to this licensee and to others that [the violations] are not acceptable in this town” and argued for a five-day suspension of the license. This sentiment was affirmed by resident Stephen Crook who urged the board to assess maximum penalties, holding some of the suspended days in abeyance for future potential violations. The board ultimately voted 4-1 to assess a two-day suspension, held in abeyance for three years for the first violation and a three-day suspension for the second violation, to begin on September 26. Halsey was the only dissenting vote.

The Select Board voted 5-0 to appoint Vivick Soni to the Reading Municipal Light Department’s Citizens Advisory Board. It also voted 5-0 to approve temporary lighting for Birch Meadow to make up for the loss of the Turf Two field during its reconstruction. There will be a $4,200 cost for the lights which will be paid for from the revolving fund. Several representatives of Reading United Soccer Club urged to board to also approve lights for the field at Parker Middle School. The board urged the residents to approach the Recreation Committee with the plan. “It’s important to respect the input of the Recreation Committee,” commented Select Board member Andrew Friedmann.

The board reviewed the process for hiring a new chief of police. The position has been posted and a consultant has been hired. A selection committee will review the pool of applicants and send a shortlist to the consultant for a day-long assessment. The board suggested that Town Manager Robert Lelacheur include a few non-elected, non-staff residents on the selection committee. Lelacheur was also asked to include Chair Alvarado and Vice-Chair Halsey as the Select Board representatives to the committee.

The board voted 5-0 to approve a memorandum of understanding with Austin Preparatory School allowing the town to do drainage work on Austin’s property as part of planned athletic field upgrades at the school. It also voted 5-0 to approve MetroWest Collaborative as the monitoring agent for the 40R development at 475 Main Street.

The board reviewed 17 potential articles for the November Town Meeting warrant and voted 5-0 to change the Ad-Hoc committee to develop a human rights organization. The new committee will consist of two members of the Select Board, two members of the School Committee, and one member of the Library Board of Trustees. All others who have participated to this point will continue to advise the committee. This plan avoids issues of potential charter violations that occurred with the establishment of the original ad-hoc committee. The board concluded by hearing a presentation by resident David Zeek regarding an audit of gas leaks in town. The board will vote to place the plan on the Town Meeting warrant at their next meeting.

The Select Board adjourned to executive session at 11:30 pm.