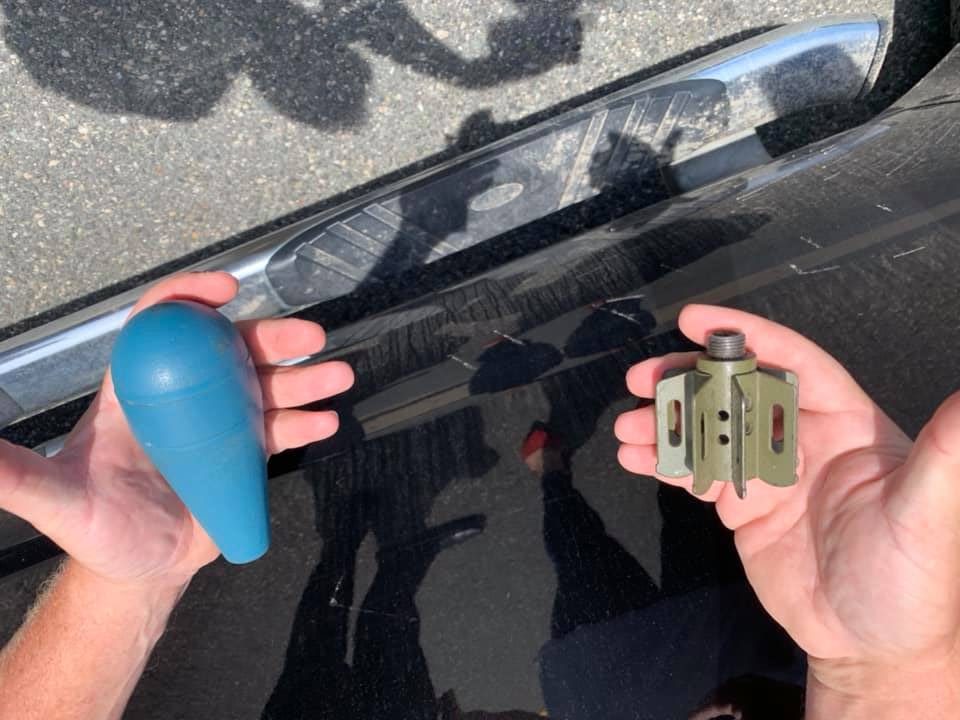 Reading Police and Fire responded after a resident brought in a 60 millimeter round, pictured above, to the dispatch center at the police station on Union Street. (Courtesy Photo Reading Police)

Reading, MA — Deputy Police Chief David Clark and Fire Chief Gregory Burns report that the public safety dispatch center, located at the Reading Police Department, was temporarily closed this morning after a resident brought a mortar round and live ammunition to the station.

At approximately 10:30 a.m., a 79-year-old Reading woman brought a bag to the police station, 15 Union St., that contained a 60-millimeter mortar round and live ammunition after she discovered it in her attic.

The Reading Fire Department responded to the scene, and both police and fire closed Union and Middle Streets, along with the Harnden Street lot, which is located behind Walgreens.

Reading Police reopened the station just before noon, along with the surrounding streets.

During the incident, the dispatch center was immediately moved to Town Hall and 911 calls were re-routed to surrounding communities. At no time were public safety services interrupted.

“Thankfully this device was determined to be inert and no one was injured,” Deputy Chief Clark said. “We train for incidents of this nature and I want to commend officers, the Fire Department and State Police for their quick and efficient response today. Public safety dispatchers did a fantastic job quickly evacuating the station and setting up operations at Town Hall so that the community would not experience any disruption to services. As a reminder, residents should never bring devices like these to the police department. Instead, please call us directly and we will respond to you.”