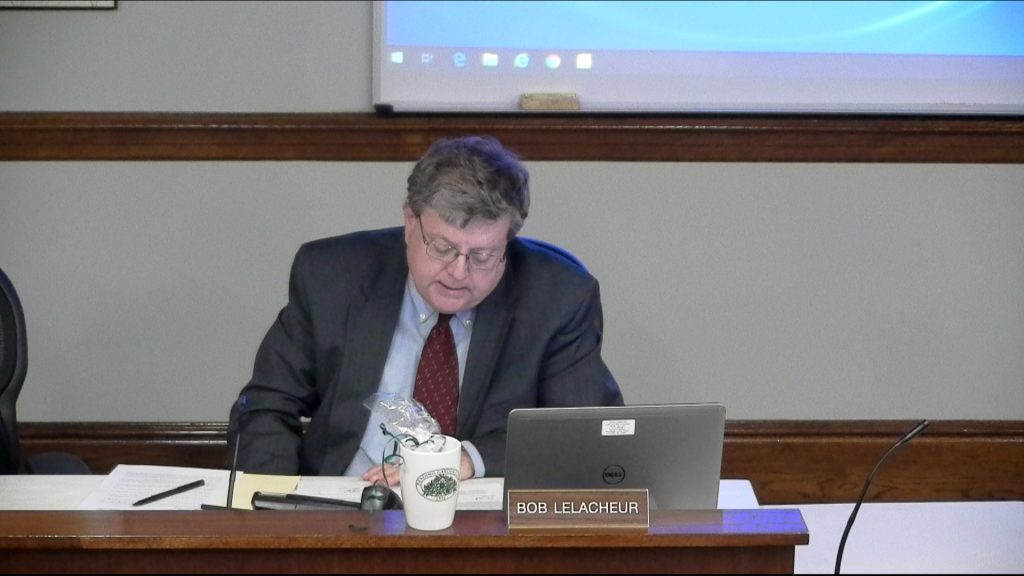 Town Manager Robert LeLacheur shared with the Select Board that the state expects the South Main Street repaving project to take “502 calendar days” once the project starts. LeLacheur shared the information during his report at the board’s May 7 meeting. The project, slated to start later this spring, will begin at the Stoneham border and will work its way north until it reaches Washington Street. Main Street north of the common toward North Reading will also be repaved according to LeLacheur.

LeLacheur reported that State Representative Brad Jones has informed him that $185,000 of earmarks for Reading are in the House draft of the state budget. This money includes $50,000 for a crosswalk and light on Lowell Street, $60,000 for an Elder Services Van, and $75,000 for security updates at Reading Memorial High School. LaLacheur expects Senator Jason Lewis to include the earmarks in the Senate version of the budget which will be concluded in the next few weeks.

Mary Ann Higgins spoke to the board about three missions of the Reading Garden Club:  community support, education, and beautification. The club has been in existence for 60 years and works with local nursing homes, participates in the Memory Program at the Reading Public Library, and does an annual linen drive for Mission of Deeds. It also provides community lectures at the library and works with the environmental club at Reading Memorial High School. The club maintains plantings around Town Hall, is involved in replacing plants at the war memorial and works in the gardens at the Parker Tavern. Higgins reminded the board about the annual plant sale on the common on May 18. 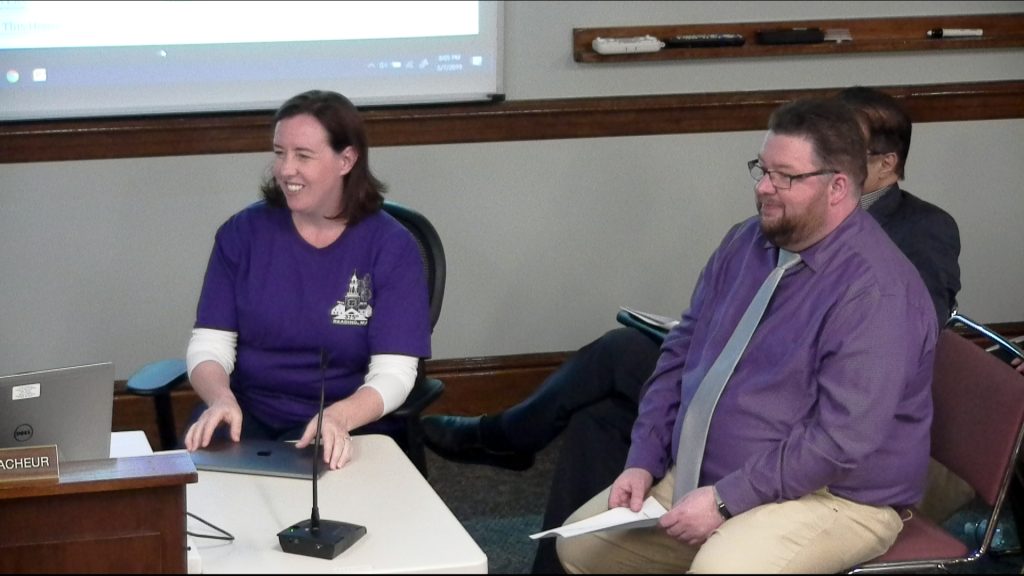 Jeanne Barowski, representing the Reading 375 committee, gave an update regarding plans for the two-week celebration, slated to begin May 31. Borawski urged the board and members of the community to go to reading375.com to find information about the entire slate of events planned for the celebration. Highlights include opening ceremonies on the common on May 31, a free concert produced by William Endslow on June 1, Porchfest on June 8, Taste of Metro-North on June 12, and Friends and Family Day as a grand finale on June 15 that will conclude with fireworks. Borowski reported that over 200 volunteers would be helping over the course of the celebration. Buttons and t-shirts to support the event are available at RCTV studios, Reading Trophy, and at the Reading Cooperative Bank. 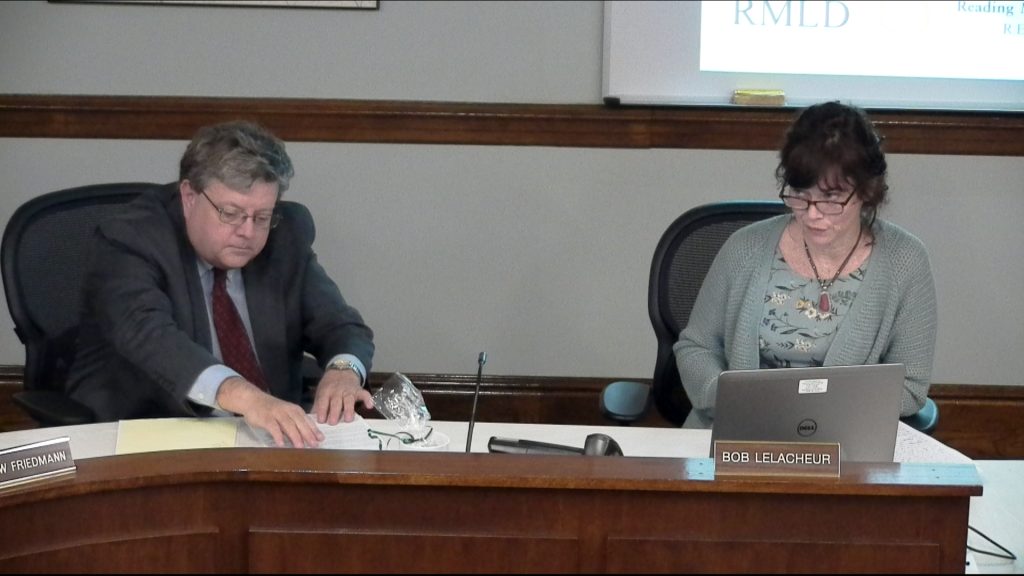 The Board voted 5-0 to approve a notice of interest on behalf of the Trails Committee in regards to the establishment of walking trails in the Maillet conservation land. Reading Municipal Light Department (RMLD) General Manager Colleen O’Brien gave the board an update on RMLD’s recent activities. Members of her team shared about conservation programs, “Shave the Peak” activities and ideas for increasing the number of electric vehicle charging stations in town. Twenty-five percent of the power purchased by RMLD comes from a non-carbon source, up to three percent from last year. A public hearing regarding a new pole at the corner of Franklin and Grove Streets was closed with no decision needed by the board as the town’s engineering department and RMLD reached a compromise.

LeLacheur reviewed progress on his annual goals, suggesting that some goals are really multi-year plans, and maybe should be adjusted. The board reassigned its liaison appointments and had a discussion regarding the structure of its meetings. 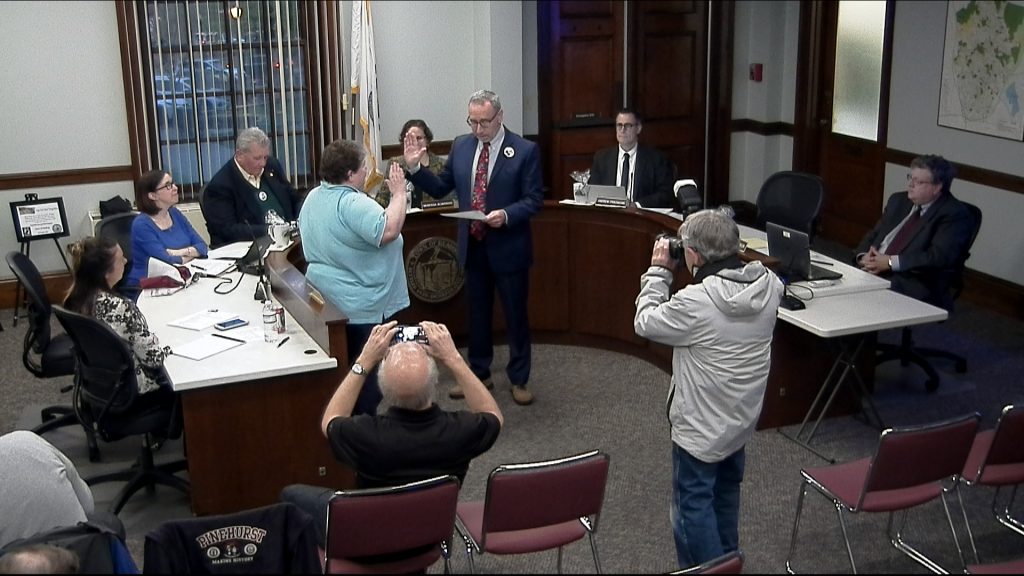 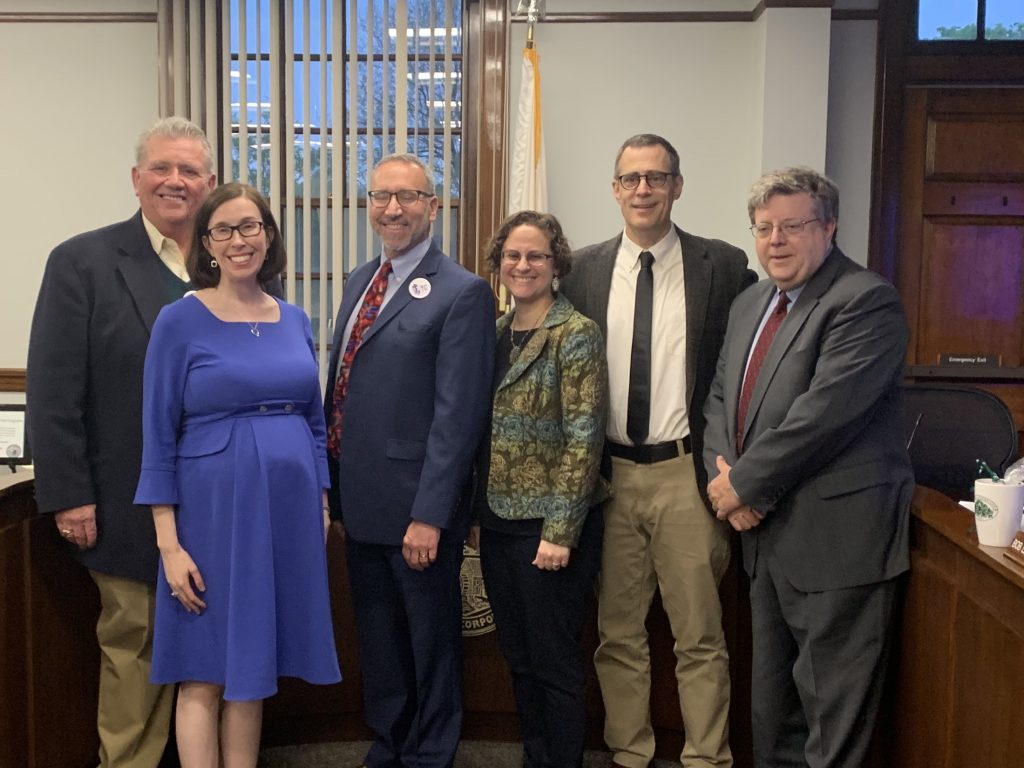 The meeting began with new member Mark Dockser being sworn into office. Member John Halsey reported that the Postmark development is on time and should to be completed by July 2020. Halsey referred to the project as “a poster child for how projects ought to happen.”