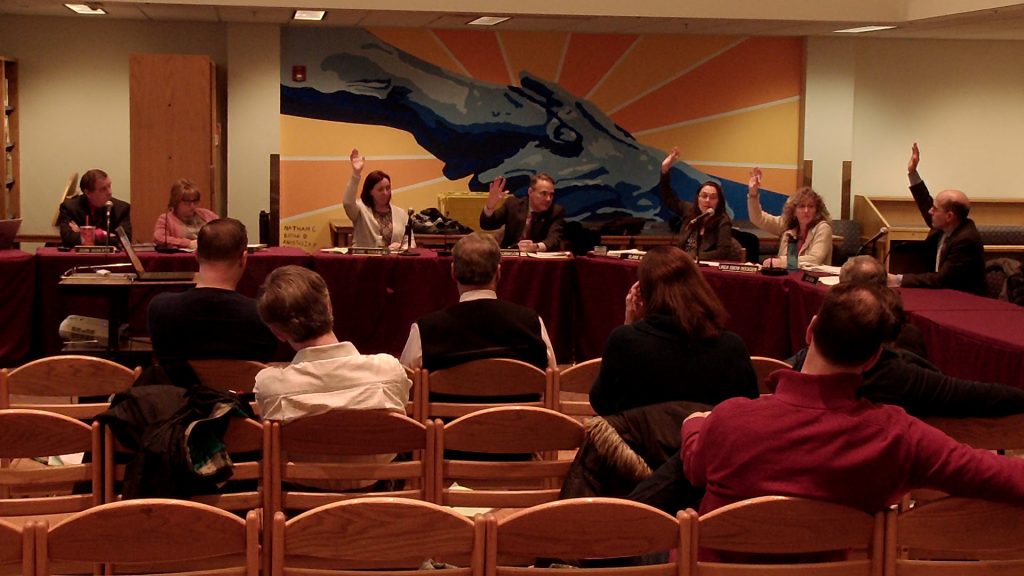 The School Committee voted 5-0 to approve a $46,467,348 budget for Fiscal Year 2020. This is a 3.6% increase over FY2019. “The single most important thing is that this is a level-service budget, thanks to the generosity of the taxpayers.” Committee member Jeanne Barowski explained. “Our goal is to create a sustainable budget.” Chair Elaine Webb continued. “Decisions are driven by student needs.” 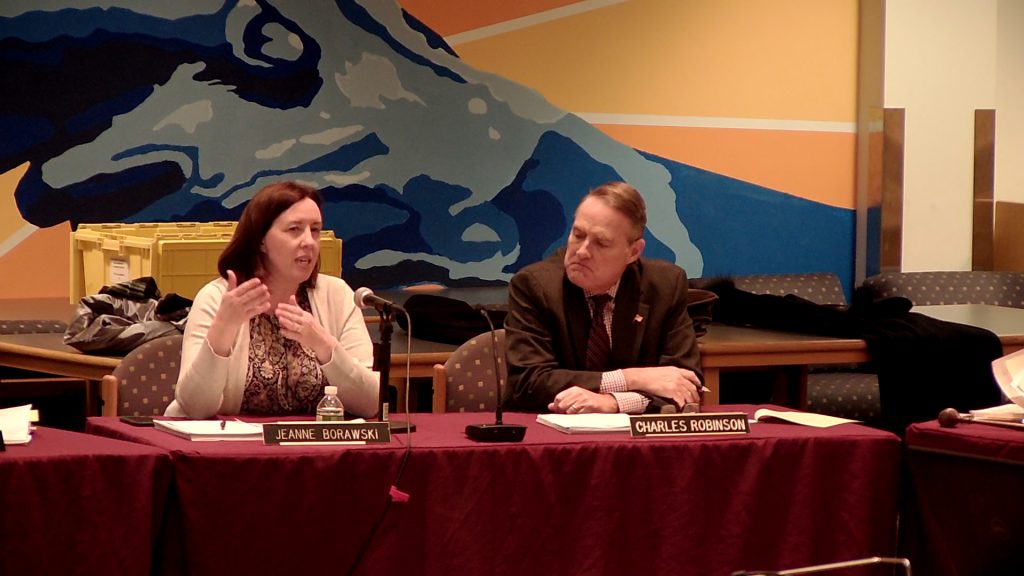 Committee member Nick Boivin expressed concern that this budget has the greatest number of full-time equivalent (FTE) positions for the smallest enrollment in five years, though Boivin did note that enrollment is only 6% lower than its highest point. Borowski pointed out that almost all of the FTE growth over the five years has been in Special Education, with an FTE growth of 20.4 over the five years. This FTE growth has allowed more students to remain in-district, which is less expensive than placement out of the district, though one-third of the Special Education budget is still spent on out-of-district placement. Committee member Linda Snow Dockser affirmed, “Students need to stay the primary focus.” The school department budget will be forwarded to the town manager and will be reviewed by the Finance Committee on February 27. 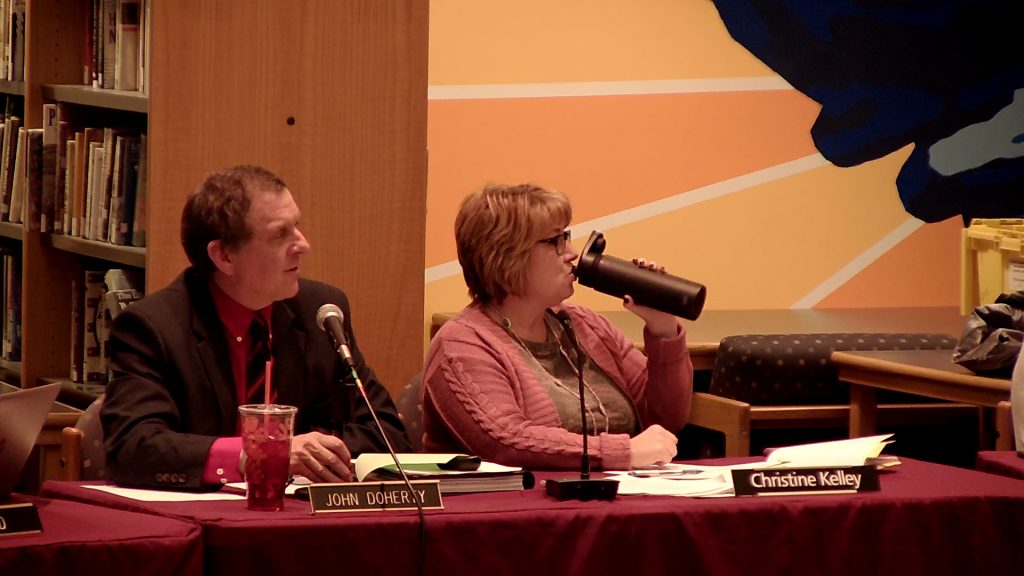 Superintendent John Doherty presented his plan for the 2019-20 school year kindergarten placement. Close to 90% of the 318 students enrolled for kindergarten have opted for the full-day program. Due to high full-day enrollment and the lack of classroom space, kindergarten classes at Barrows, Birch Meadow, Joshua Eaton, and Wood End will follow the “integrated” model, where half-day and full-day students will be in the same class, with half-day students leaving in the middle of the day. Killam kindergarten students will have a traditional model with full-day and half-day students in separate classes. After looking at several options, Doherty concluded, “I am handcuffed, I do not have any other options.” 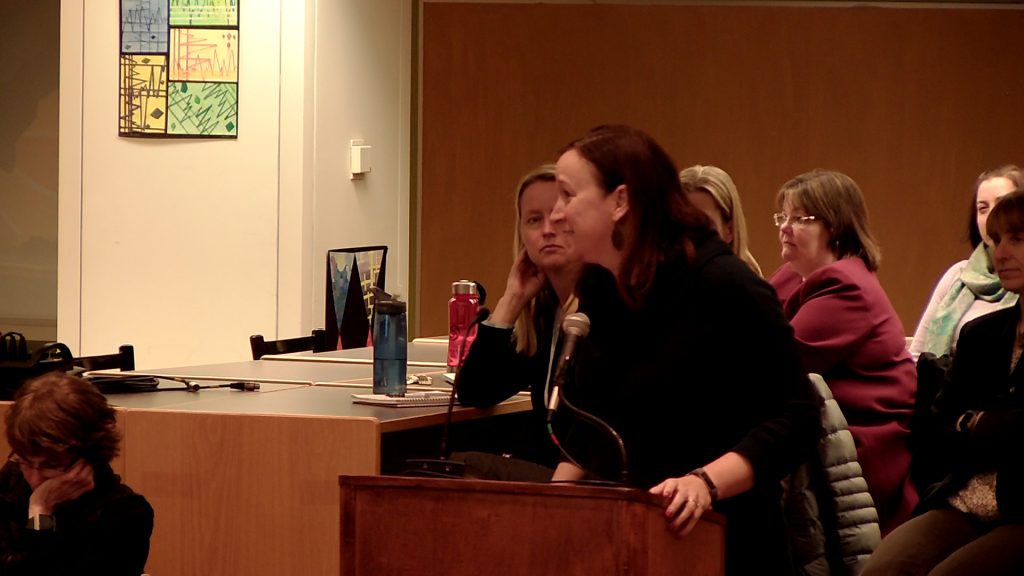 Several parents expressed frustration with the announcement, given that Doherty, the kindergarten teachers, and the School Committee all suggested last year that the integrated model is not optimal for full-day students. Resident Erin Gaffen suggested that parents were “blindsided” by the news. Resident Alicia Williams followed with, “This wishy-washy, back and forth is driving parents crazy. We need to change the way to communicate with parents.” Doherty responded, “This possibility has been communicated with parents since the beginning.” He indicated that it was boldfaced on the cover letter of the registration packet as well as being mentioned in the powerpoint presentation at the November kindergarten information meeting. Letters to kindergarten parents will be mailed this week. 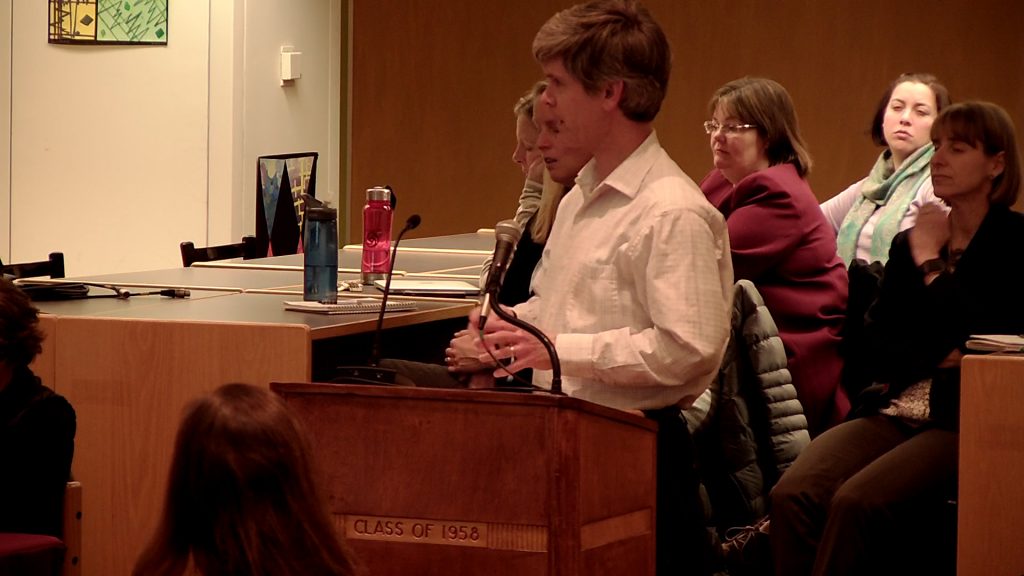 Webb reminded parents that the issue was not up for School Committee vote, that placement is entirely in the purview of the superintendent. Boivin followed, pointing out that Doherty had followed School Committee guidelines as best he could, with access to full-day for parents that wanted it is the most important priority, and students attending neighborhood schools being the next highest priority. This prompted one parent to suggest that the priorities may need to change. Resident Geoffrey Corwam mentioned limiting the number of full-day slots available as a possible solution. Several parents wanted to know why the needs of the 36 half-day students were dictating the experience that the 90% of tuition-paying full-day students would receive. Committee member Chuck Robinson asked if a bus could be used to bring all half-day students to Killam each day. Director of Finance Gail Dowd informed the committee that this would cost $64,800 annually.

Doherty shared that indications suggest that similar issues will be faced by the district for the 2020-21 school year, and will be compounded by the larger size of the first and second-grade classes as well. Borowski pointed out that the only solution ultimately is for Reading to offer taxpayer supported full-day kindergarten for all students, at an approximate cost of $1 million a year. Boivin noted that no one suggested full-day kindergarten when the override priorities were discussed last year.

The School Committee adjourned at 9:30 pm.