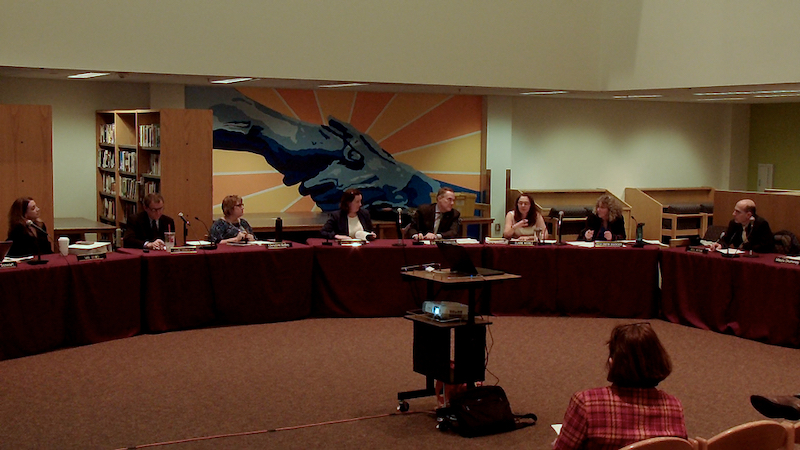 The School Committee completed its budget process on January 24 with a public hearing and the review of questions submitted by committee members. Only three members of the public spoke during the public hearing. Resident Alicia Williams requested that the committee consider funding the part-time music teacher at the RISE pre-school. Williams cited studies that indicate the benefits of music education at a young age are too great to ignore. She believes that the estimated $50,000 it would take to fund the position could be found in a greater than $46 million budget. Resident Rebecca Liberman also spoke, indicating that she believes that the money spent on administrative curriculum coordinators, added as a part of the override, should enable the completion of curriculum maps, especially in mathematics which was promised six and a half years ago. She requested that the committee require regular progress reports on the issue. 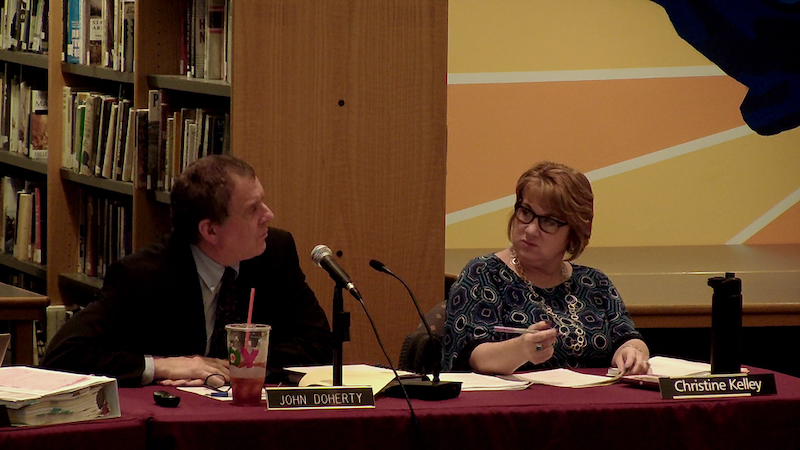 School Committee members submitted over 100 written questions to the staff regarding the budget. The staff chose to arrange the answers according to a cost center. Superintendent of Schools John Doherty began by identifying two primary themes in the questions regarding the regular day cost center. The first had to do with concerns about the budgets for supplies, materials, and “other.” Doherty explained that most of this money was allocated as part of the building-based budgets committed to each individual school and that the expenditures changed annually based on what each school needed. 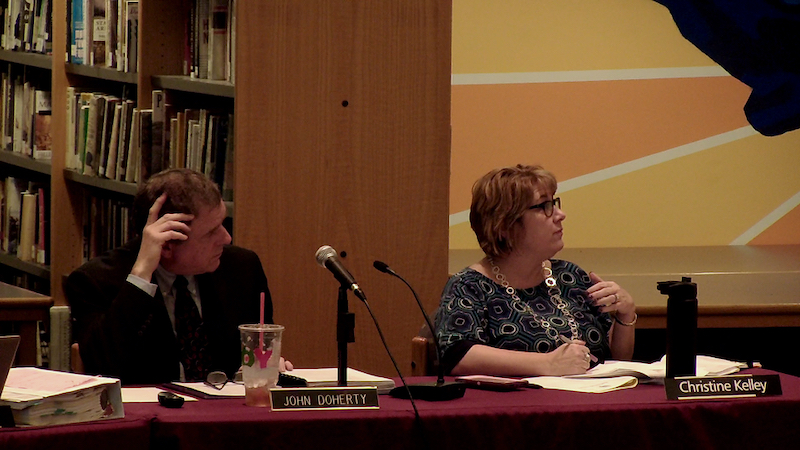 He also explained that the district-wide curriculum budget expenditures, which has been dedicated to the new science curriculum for the last three years, would likely be used to shift the social studies curriculum to the new state frameworks, in particular, the adoption of an eighth-grade civics curriculum. When questioned by committee member Chuck Robinson about how the budget amount was arrived at, Assistant Superintendent Christine Kelly admitted that it was the best estimate. “(The Civics curriculum) will probably cost more than (what is budgeted,” Kelly admitted. Doherty explained that there were not yet a lot of options from which to choose and that the vendors were still adjusting to the new frameworks as well. 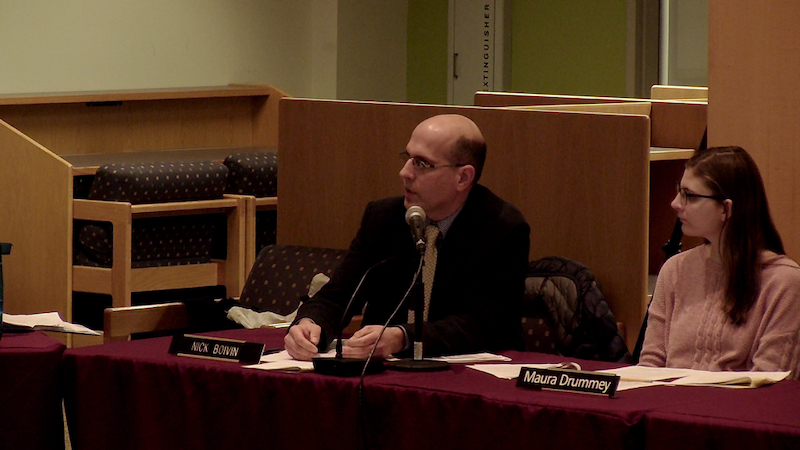 Over forty of the committee’s questions dealt with Special Education expenditures. Committee member Nicholas Boivin noted that this cost center is growing at an average of seven percent annually. Interim Director of Student Services Sharon Stewart shared charts on enrollment in the various in-district programs with the committee and explained in more detail the line item regarding legal costs. This budget amount was determined based on analyzing expenditures over the past several years. She also shared that not every complaint or investigation requires outside legal services. “All districts are facing escalating costs in special education,” Stewart explained. 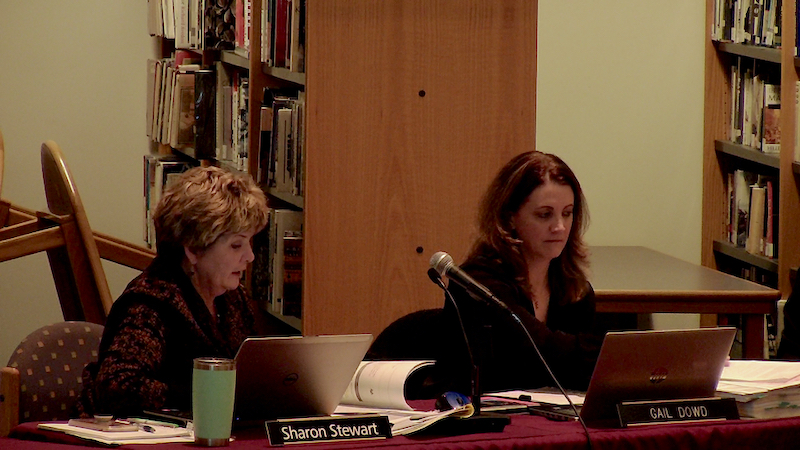 Gail Dowd, Director of Finance, explained questions from the remaining cost centers. She reminded the committee that the cleaning contract in the facilities cost center was up for renewal and that increases had to be assumed due to mandated minimum wage increases and health insurance costs. She also explained more about the need for overtime increases, using this past weekend’s snowstorm as an example. The School Committee will vote on the budget that will be forwarded to the Town Manager at its January 28 meeting.

Doherty presented the timeline for the Director of Student Services search. He explained that this is the best time of year to post a position given that the pool of applicants will be at its highest. There will be a screening committee made up of four administrators, a team chair, four teachers, and four parents. They will do a pre-screening by February 27. After this Doherty will interview candidates and check references to determine pre-finalists. There will then be site visits and open microphone sessions for the public. He hopes to announce a hire at the March 28 meeting of the School Committee. The new hire is expected to start on July 1. The committee voted 5-0 to approve the timeline.

Doherty also reported that the proposed budget presented by the governor on January 24 did not change Chapter 70 money for Reading, but did decrease the special education circuit breaker. He will keep the committee informed as the state budget makes its way through the legislative process.

The School Committee adjourned at 8:40 pm.