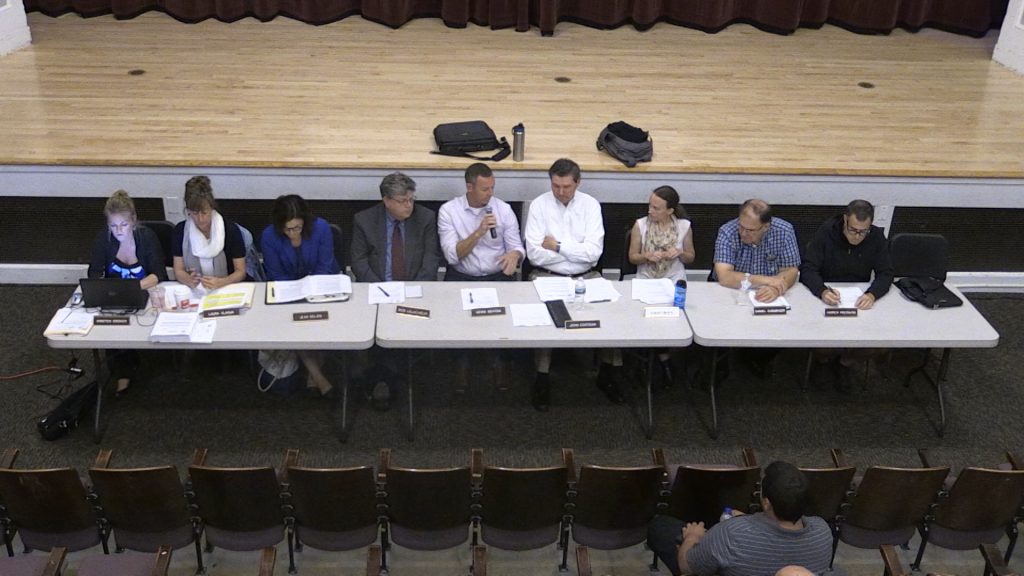 The Board of Health held a special meeting on September 18 at the Parker Middle School to address the town’s continued rat problem. Despite residents stating that “hundreds” of sightings have been reported on social media, only thirty-six rat sightings have been officially reported to the town since July 3, according to Public Health Agent Laura Vlasuk. “The Board of Health takes this very seriously,” Chair John Costigan assured the more than thirty attendees of the meeting. 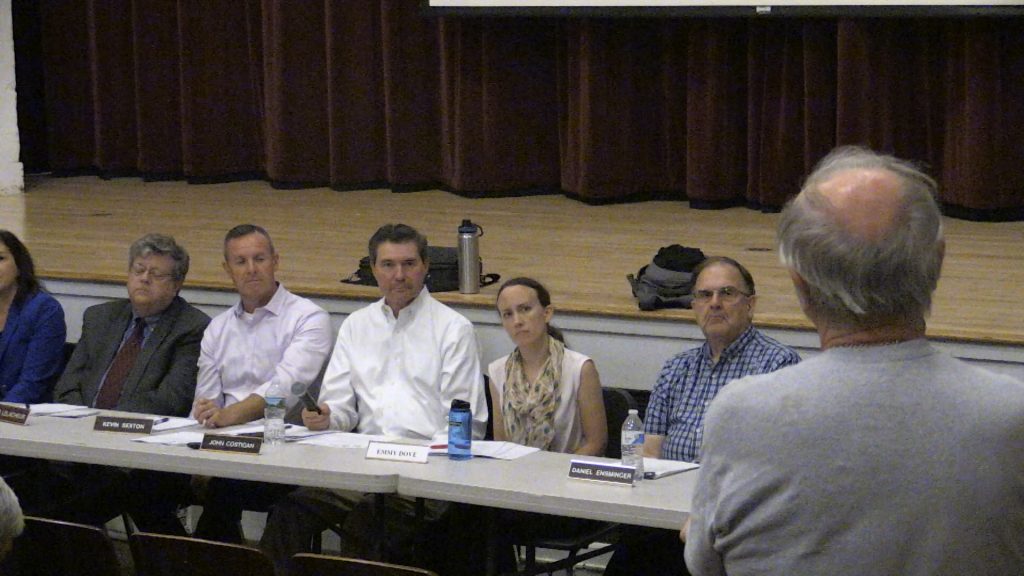 Costigan began by reviewing the potential health risks posed by rats. These include viral infections, salmonella, and diseases borne by the ticks and fleas carried by the rodents. “Most of these are rare,” Costigan admitted. He also suggested that the largest health concern came from allergies, similar to those from cats or dogs. Costigan also stated that there is no research to confirm that dog feces serve as a food source for rats. Yard waste companies believe so, but wildlife experts disagree. Despite this, Costigan encouraged residents to be vigilant in cleaning up after their animals. Board of Health member Emmy Dove also commented that the problem seems to be a regional one, not only focused on Reading. 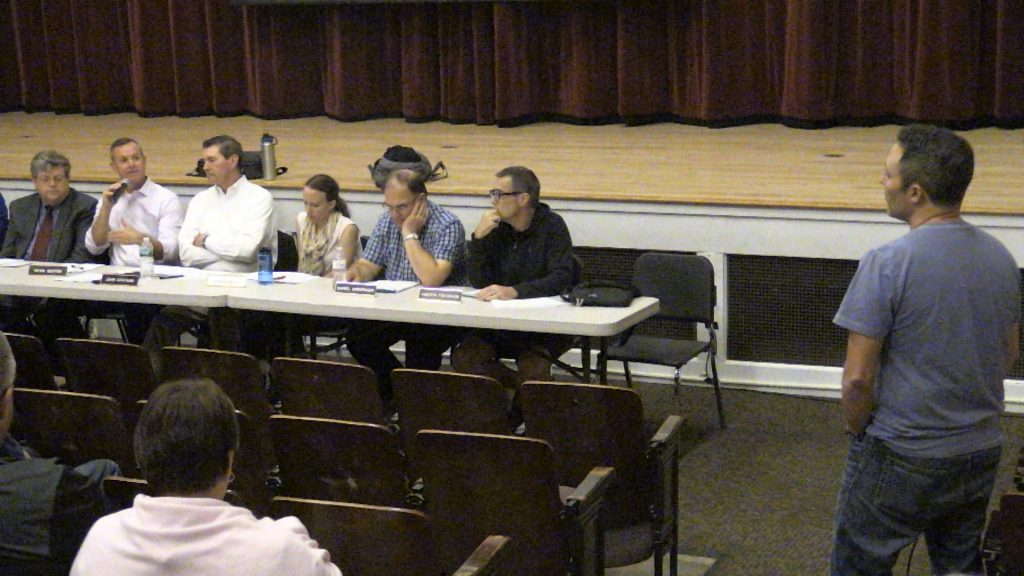 Costigan then shifted focus to what the Board of Health can do about the problem. He first listed strict enforcement of public health sanitary codes, including inspection of dumpsters and trash receptacles, which have been increased over the summer. He also suggested that the board can encourage the removal of food sources such as trash and seeds. Costigan recommended that all trash is in covered cans, even for trash pickup. Town Manager Robert LeLacheur shared that cleaning recycling prior to placement at the curb limits food sources for rats. 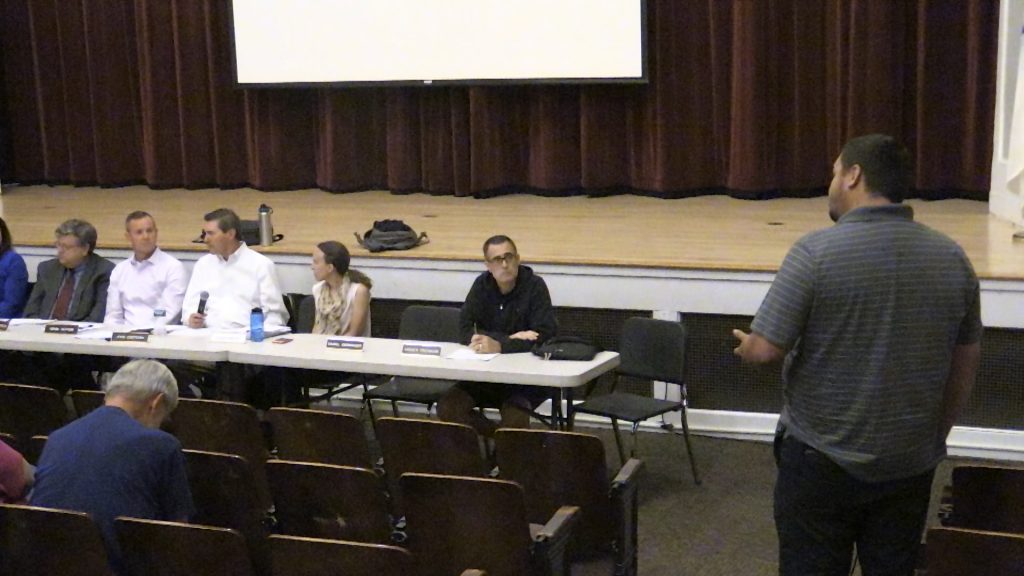 Costigan reminded the public that an inspection can be requested by any resident and that it will be followed up on in twenty-four hours. Member Kevin Sexton offered the suggestion that the town could offer residents additional lawn debris pick-up, to help reduce “harborage” locations for rodents. He also recommended that the board could annually produce materials to help residents with rodent prevention efforts. A packet of information obtained from Cambridge could be the basis for information to be made available on the town website.

According to LeLacheur, most of the reports of sightings are from the southwest corner of the town. He also mentioned that just this past weekend, there were reports of multiple rats at a time in Washington Park and that the town is considering an extermination project in the park. He reiterated the importance of reporting sightings to the town government either via the Board of Health, the Select Board, or his office “We are still in the investigation stage,” LeLacheur stated, “We can’t fix it until we know the cause.”

While many residents suggested that the demolition of the former storage building at the site of the Prescott Street 40B project may have been the source of the rodents, Sexton shared that all required precautions were taken prior to demolition and that the developer has continued to place bait traps at the project site. Costigan reported that after inspection, no evidence of infestation had existed in the building.

The board agreed that a flyer will be mailed to the affected neighborhoods next week. The flyer will outline basic prevention steps that can be taken by residents, provide information on how to report a rat sighting to town government, and direct them to the town website for more complete prevention information. The board stressed again that prevention efforts need to be a neighborhood and community endeavor.

The Board of Health adjourned at 9:20 pm.