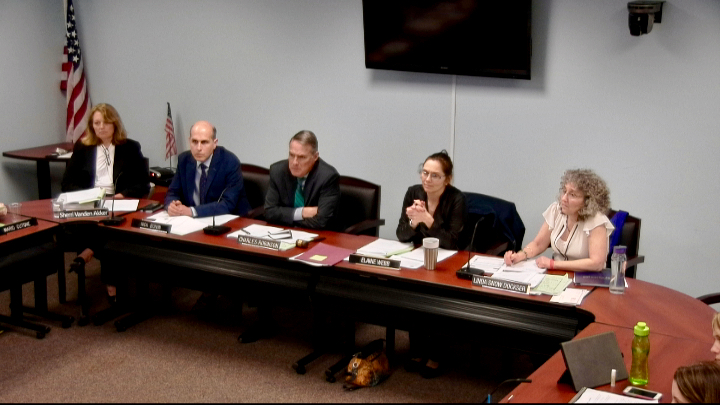 At its May 7 meeting, the School Committee began the process of evaluating Superintendent John Doherty. The process and format are provided by the state and have been in place since 2012, Doherty having piloted the process in 2011. Doherty gave a brief overview of the district goals as well as his personal goals for the year, providing highlights and accomplishments in each area. Highlights include higher SAT scores, increased participation in AP courses at the high school, the Middle School Advisory program, and decreasing or minimal disciplinary office referrals on all levels. MCAS scores continue to be higher than state averages. Doherty also mentioned his increased visibility in the school community, attending PTO and School Council meetings, holding open office hours two to three times a week, and having an increased district social media presence. Doherty and the district are in year two of a three-year district improvement plan and most of the goals of that plan are completed or in progress. 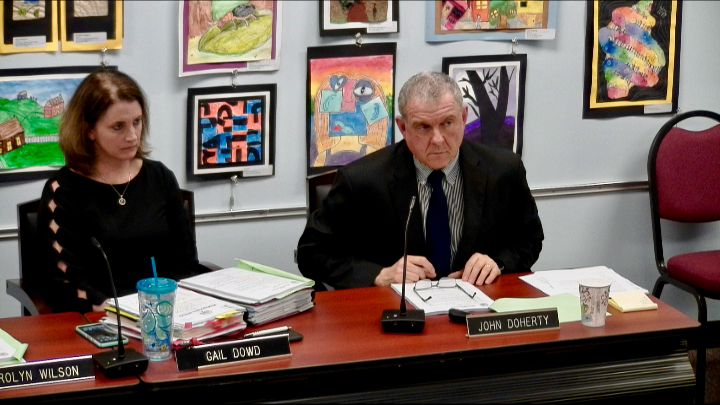 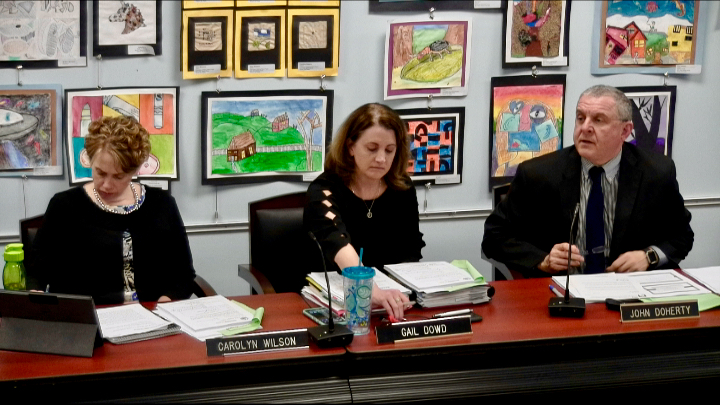 In his report, Doherty announced that Kathleen Boyington will be the new principal at Reading Memorial High School. Boyington is the assistant principal at Bedford High School, has a Master’s Degree in History, and is currently pursuing a doctoral degree. Doherty also announced that Barrows Elementary School Principal Heather Leonard has accepted the newly created K-Grade Six STEM Curriculum Coordinator position for the district. A search for a new principal at Barrows is now underway and is expected to be completed by June 11.

Director of Finance Gail Dowd’s quarterly report to the committee currently projects a $264,000 surplus in the budget, mostly due to budgeted but open positions. Plans to use the funds include restoration of approximately $50,000 to technology and updates to classroom safety backpacks. Dowd also reported that the district will receive $154,000 in extraordinary relief in circuit breaker funds from the state due to the fact that expenses in special education are 25 percent higher than expected. Any needed transfers between cost centers as a result of the new funding will be voted on by the committee at the June 18 meeting. 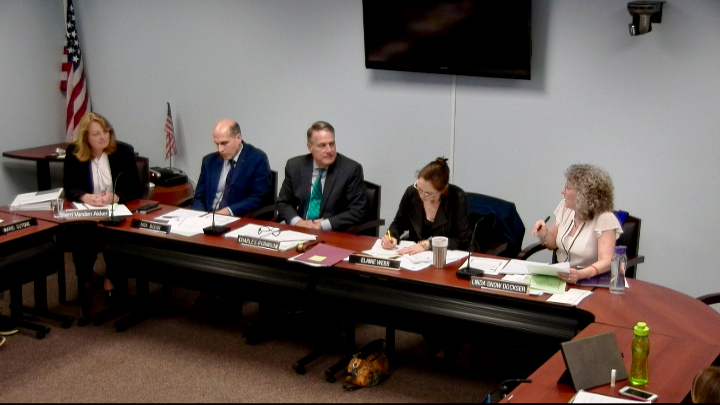 The committee voted 5-0 to opt out of the School Choice program citing space and class size as reasons. “It is not an aversion to the concept,” Robinson explained. “We just don’t have the space.” The committee must vote on district participation in school choice each year by June 1. The committee also voted 5-0 to dispose of obsolete school technology, much of which is clogging storage areas in the schools.

The School Committee adjourned to Executive Session at 9:45 pm.