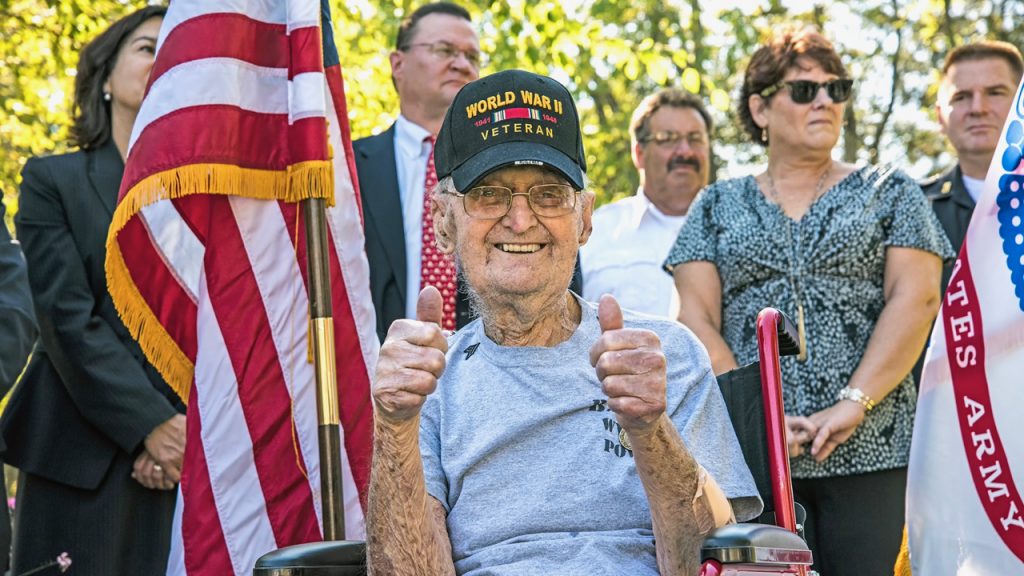 He was born May 18, 1918, in Wedgeport, Nova Scotia, the son of late Alcide and Loretta Pothier. He had 4 siblings. On November 9, 1949, he married Marjorie E. Lang Pothier, who survives.

He emigrated from Nova Scotia as a child. He married Marjorie Elizabeth Lang on November 9, 1949, in Charlestown, Massachusetts.

Sergeant Pothier served his country with honor in the Army from August 1940 to May 1946. He was stationed at Clark Field in the Philippines with the Headquarters Squadron 24th Pursuit Group. The Japanese bombed Clark Field hours after they bombed Pearl Harbor, December 7, 1941. After a 4 month battle, over 75,000 American and Philippine soldiers were ordered to surrender. Bernard survived the infamous Bataan Death March in April 1942 were he was forced to march over 65 miles in the stifling heat. He remained a Prisoner of War for the next 3 1/2 years until the war’s end. He is a recipient of the Silver Star, Bronze Star, Purple Heart and Prisoner of War medals along with numerous other military decorations. He is the last Massachusetts resident who survived the Bataan Death March

He worked for Eastern Steamship Lines on the Boston to New York run, then the Cruise ship Evangeline in the late 30’s doing Florida to Cuba run. He spent most of his work career post-military in the sales and marketing field.

He was a remarkable man that lived his life to the fullest.

Funeral services are private and there are no visiting hours. Burial with military honors will be held at the VA National Cemetery in Bourne, Massachusetts.