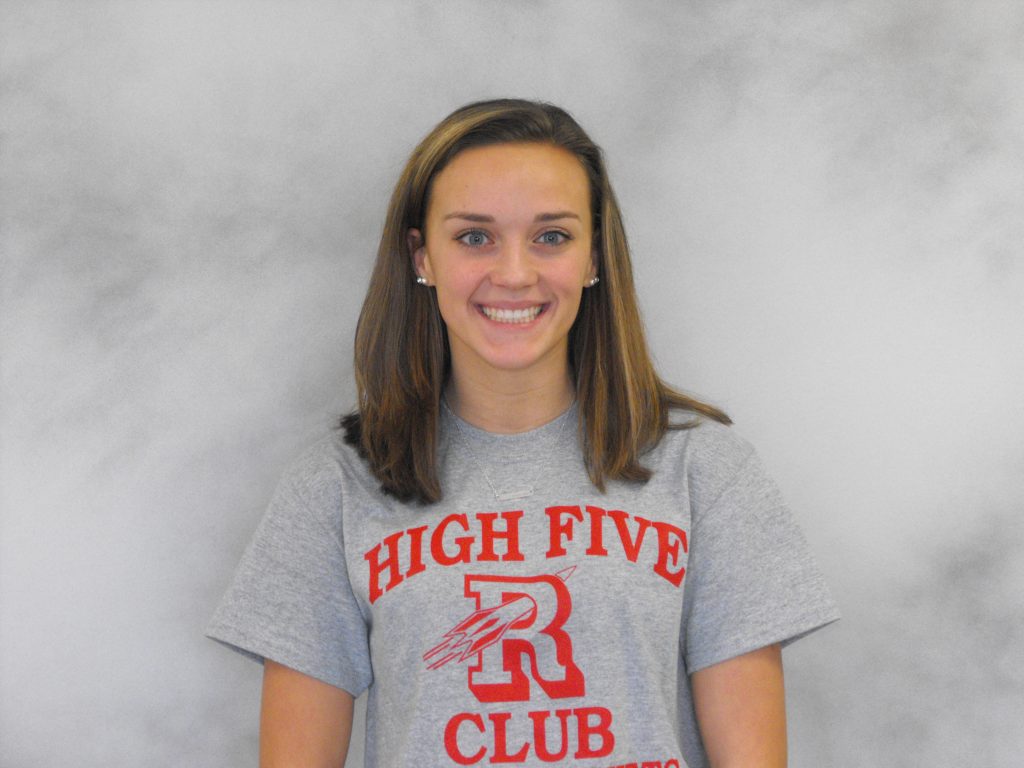 Jillian is being recognized for her excellence in academics, athletics, leadership, and service. Academically, Jillian is in the top 10% of the Class of 2018 and is a member of National Honor Society and Spanish National Honor Society. She has been a member of the Century Club for the past 3 years—earning High Honors throughout her time at RMHS. Jillian is taking a rigorous course load this year, including—BC Calculus, AP Spanish, and AP Computer Science. Last year, she received the University of Virginia Thomas Jefferson Award, given to a student who most exemplifies good citizenship in a school community. In terms of athletics, Jillian is a 3-year varsity soccer player and was one of the captains this past season. She is most proud of the Lady Rockets qualifying last year for the tournament for the first time in 8 years. This season, her favorite memory was the Lady Rockets beating a strong Arlington team. Jillian is also a captain of the gymnastics team, and is a 4-year varsity gymnast. Last year, she helped lead the Lady Rockets to an undefeated season and a Middlesex League Title. Jillian is also a member of the Samantha’s Harvest Club, the Birthday Wishes Club, and the ALS Knights Club. In terms of service, she does various community service events with Samantha’s Harvest and the ALS Knights to raise money and awareness for children with down syndrome and for people fighting against ALS. Also, in her work with the Birthday Wishes Club, Jillian helps put together packages containing birthday supplies and gifts to ensure that impoverished children are able to celebrate their birthday. Next year, Jillian will be attending a four-year college studying Engineering. 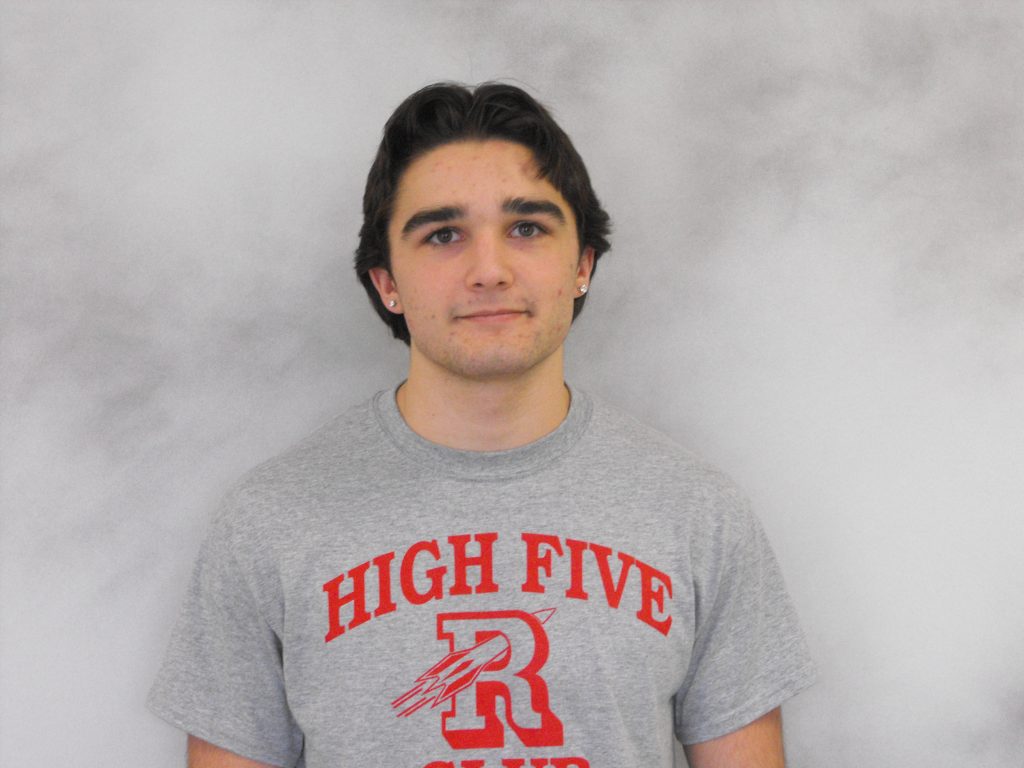 Trevor is being recognized for his excellent achievement in academics, athletics, leadership, and service. Academically, Trevor has been a conscientious student during his four years at RMHS, earning him Honor Roll recognition throughout. Trevor particularly enjoys studying creative writing and History—specifically his World War II and his Honors World Issues classes. He also received The Core Value Award for Respect last year. Athletically, Trevor has excelled as a 4-year varsity wrestler, serving as a captain over the past two years. He was named Middlesex League Rookie of the Year in 9th grade and has been a 3-time Middlesex League All-Star, finishing 2nd, 3rd, and 4th in the State Meet. Last year, Trevor notched his 100thcareer win, and he currently has the second most career victories of all Rocket grapplers. In the off-season, he participates with Pedro’s Wrestling Club in Wakefield and Doughboy Wrestling Club in Lowell. In terms of activities and service, Trevor was a member of the Right Club during 9th, 10th, and 11th grade. He also finds time to help coach Reading Youth Wrestling for children in grades 4-8. He is a member of St. Athanasius Church and volunteers community service hours doing a variety of things including helping the elderly during snow storms and doing yard work in the spring. Next year, Trevor will most likely be attending Salem State University, pursuing a major in Nursing. Congratulations, Trevor!