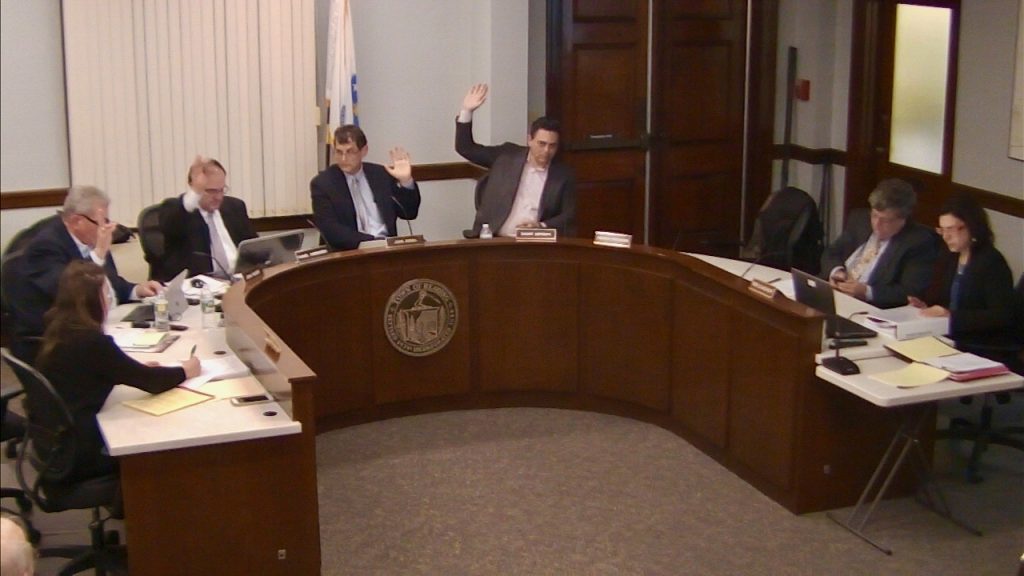 Reading, MA — During its February 13 meeting, several members of the Board of Selectmen asked Town Manager Robert LeLacheur to have Town Counsel Rey Miyares investigate what the process would be to sell the Reading Municipal Light Department (RMLD). This move comes after Chair John Arena expressed frustration at the “insincere and insufficient” communication from the RMLD Board of Commissioners regarding updating the measure by which RMLD’s annual payment to the town is calculated.

An instructional motion approved by Town Meeting in May directed the Selectmen to pursue a negotiation with RMLD regarding increasing the payment. Selectmen Dan Ensminger was asked by the board to initiate the process. A 1998 agreement provides for a committee of five people to see to such matters, four from the RMLD. Ensminger stated that he was unable to arrange a meeting with the group until September in which he was simply given a set of financial statements. Despite his frequent attempts, no meeting was able to be held until February 13. RMLD Board of Commissioners Chair Philip Pacino offered a plan to calculate the annual increase by the higher of 2% or whatever the Consumer Price Index (CPI) for the region amounted to, though Pacino admitted that this plan had not been discussed by the RMLD board. Ensminger countered with a growth rate of the greater of 5% or the CPI, to which Pacino responded that he would have to discuss it with the board. The RMLD currently makes a payment of approximately $2.4 million to the town. Arena expressed frustration at what he perceived as the lack of good faith negotiation from the RMLD. “The RMLD chair stood up at Town Meeting and promised to work this out,” Arena complained, “I’m tired of hearing about underfunded schools and police when we’ve got an asset over on Ash Street.” Arena also stated that investigating how a sale might be accomplished was not a decision to liquidate the asset. “We need to know what we are talking about,” Arena concluded. The Board of Selectmen plans to attend the February 22 RMLD Board of Commissioners meeting.

The Selectmen also approved the language for the ballot question regarding the Proposition 2 ½ override for the April 3 election. The question will read:

“Shall the Town of Reading be allowed to assess an additional $4.15 million in real estate and personal property taxes for the purposes of the general operation of the Public Schools ($2,654,969); for 5 Police Officers and 4 Firefighter/paramedics ($1,050,311); for General Government including Public Works, Finance, Technology, Human/Elder Services and inspections ($317,391); and for increased hours and staffing for the Public Library ($127,329) for the fiscal year beginning July 1, 2018?”

Selectman Barry Berman stated that he liked the specificity of the question and that it gave voters the best information to make an informed choice. The board voted 4-0 to accept the question.

The selectmen approved a statement of intent to the Massachusetts School Building Authority that was presented to the School Committee on February 5 seeking reimbursement for up to half the $585,000 cost to replace boiler number two at Reading Memorial High School. The selectmen voted 4-0 to approve an updated Housing Production Plan to be filed with the state. The board accepted the change of manager at Anthony’s Coal Fired Pizza and Liquor Junction and heard a report from Police Lieutenant Christine Amendola regarding the placement of Right Turn Only signs at the Main Street and Green Street intersection and at Killam Elementary School. The Killam sign would only be between the hours of 7:30am and 8:30am. 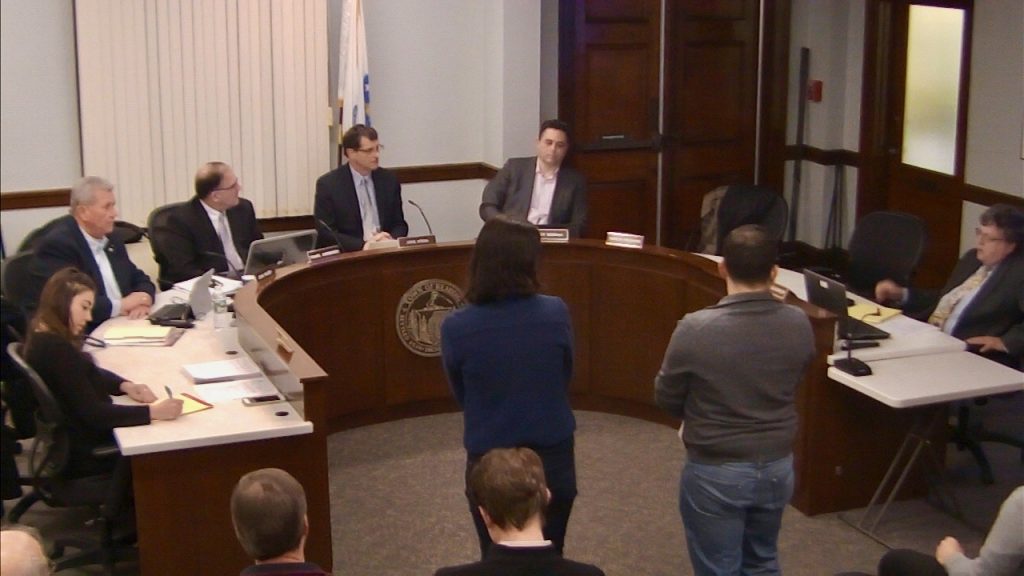 The selectmen also had a review of the April Town Meeting Warrant. There are currently seventeen articles for Town Meeting’s consideration, including the Fiscal Year 2019 budget which according to LeLacheur “could be a long one” if an override does not pass. Also on the warrant is a provision to change the name of the Board of Selectmen to a gender-neutral name. Miyares will make some suggestions at the Selectmen’s next meeting. LeLacheur stated that many towns use the term “Select Board” though he indicated that he thought the term sounds elitist and reference to the members awkward. LeLacheur stated that perhaps a name such as “Executive Board” might be more appropriate. He also indicated that changing the name in the bylaws and charter would be a costly and time-consuming process and that state law still uses the term “selectmen.” Berman suggested that changing the town documents could wait until the next regularly scheduled bylaw review. 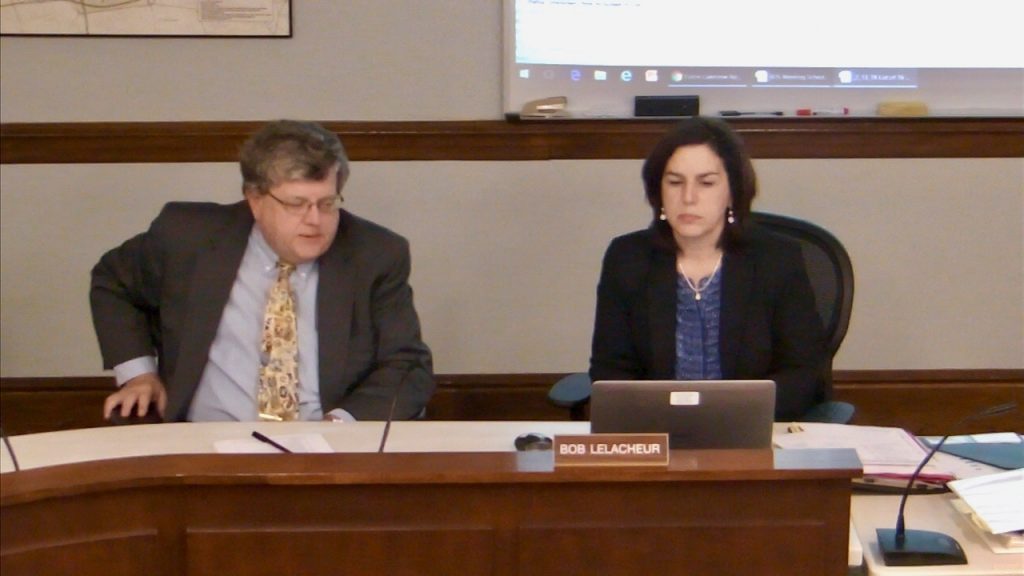 The board reviewed the Town Manager’s override priorities list, with minor amendments changing which seasonal Department of Public Works position would be funded and adding in additional Fire Department overtime. LeLacheur reported that the best estimate is that the override would cost the average household in Reading $488 in addition to the typical two and a half percent increase.

The Board of Selectmen adjourned at 9:30pm.