Donald R. Sarazen, of Reading, formerly of Cambridge and Waltham, passed away peacefully on Wednesday, Jan. 18, 2023, at the Kaplan Family Hospice House with his family by his side. He was 86 years of age.

He was a great father, teaching his sons how to get ahead through hard work and study.   Don was an outgoing, kind, and very likeable man who loved to travel and was fortunate to visit 6 of the 7 of continents during his retirement. Don worked in banking for his entire career, starting as a clerk in the mail room of Harvard Trust Company in Harvard Square and ending as Senior Vice President for Operations. He served as president of the Institue of internal auditors, Greater Boston Chapter. In 1983 he received a master’s degree in Banking from Rutgers University. He was a proud army veteran and patriot.  He was always interested in discussing politics and did so with an open mind to opposing viewpoints.  He loved football, the Wall Street Journal, and a good joke. He donated a great deal of blood, enough for the Red Cross to honor him with a gold pin.   Through bank mergers, he worked for Harvard Trust, BayBank, BankBoston, and finally Fleet Bank (which later became part of the Bank of America), but when asked, he always said he had worked for BayBank. Don was a kind and gentle soul, and his family and friends will miss him greatly.

Family and friends are kindly invited to gather and share memories with the family on Thursday, January 26, 2023, from 3 pm to 7 pm in the funeral home. Parking attendants and elevator available. 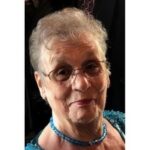 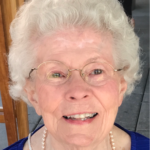 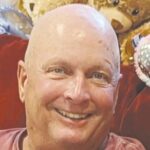