Many people in communities served by the NortheastMetro Tech (the Voke) may not realize that blasting could soon begin on an irreplaceable hillside site where over 2,000 trees will be cut down to service an unnecessary plan in a time of radicalclimate change that we should all be concerned about addressing.

The issue is a fairly recent plan to change the building site away from the hilltop playing field (C-2) recommended by the 2016 pre feasibility study. The new plan calls for destroying a forested hillside (C-3) that provides people with a beautiful respite in Nature, protects endangered species and biodiversity, and is a possible indigenous heritage site. It’s even more important since a recent fire destroyed many acres in nearby Breakheart Reservation.

The current plan to blast the forested hillside (C-3) and destroy over 2000 trees would have a huge negative impact: It would be vastly destructive to the environment both in the immediate area and the adjacent community. Students and staff would have to deal with severe accessibility issues. There would be a much longer construction schedule. And it would be far more costly to taxpayers in the construction phases and in continual annual maintenance costs for years to come. The budget for this proposal is already $34 million short.

The 2016 pre-feasibility study recommended utilizing the hilltop playing area (C-2) because this plan meets educational goals and will not destroy 13 irreplaceable acres. Far less blasting is necessary and the project will be completed sooner. This option saves substantial taxpayer money. It is also far safer for students, staff and visitors than a project perched on a blasted hillside where one end of the building will have 5 levels that students will have to navigate.

Many people in the communities served by the Voke are unaware of the current plan. There wasn’t a lot of public input at the time of the community meeting to approve funding. It was held at the height of Covid. Those who voted may have been misinformed as the media at the time of the vote was releasing information that suggested the new school would be located on the hilltop playing fields. No visuals were presented at the meeting, and it’s easy to confuse the two hilltop sites.

In this time of radical climate change, many of us believe that government funding should not be going toward destroying trees, endangered species habitats and biodiversity.

And the current plan would not only be destructive to the environment during the building phases: It could also cause significant displacement of the watershed which could lead to erosion and flooding of surrounding areas.

People in favor of blasting the forested hillside say they will plant new trees. This could cost as much as $1500 per sapling, and could never compensate for the destruction of an established forest.

Special education students, who comprise 25% of the vocational school population, will not be adequately served by the current plan. This proposal offers less than half the space recommended in special education guidelines.  For access, these students – many of whom have mobility issues – would have to traverse a long and twisting elevated walkway which would not be heated or covered and could be subject to freezing.

A huge project like this should not proceed without the proper reviews: an environmental review, an architectural review (to determine whether it involves the destruction of an indigenous heritage site), and a review that examines the effects upon endangered species.

If the forested hillside (C-3) option is used and the school is built on a blasted and deforested site, the adverse effects will resonate throughout the immediate community and among all the areas the school serves for years to come.

The hilltop playing fields (C-2) are the best location for the new school. Another location (C-1) was also cited in the pre feasibility study as a viable alternative for additional space.

We would like the people involved to reconsider their choice. 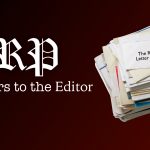