A resident of Chelsea for most of her life she also lived in Stoneham, Reading, and recently resided in Peabody.

Alice was one of three daughters of the late Sigmund J. “Ziggy” and Florence A. (Burke) Nicewicz. Born and raised in Chelsea, she proclaimed she was perpetually 28 years of age.

She attended local schools and graduated from Chelsea High School with the class of 1965. She continued her education at Newbury College in Brookline where she received her Associates Degree.

She began her career in private banking starting as a bank teller at the Commonwealth Bank / Patriot Bank in Chelsea. She continued with the bank as the institution changed names throughout the years and at various branches in Chelsea, Everett, and Malden. She ultimately retired in 2002 from Bank of America as a fraud specialist.

In her lifetime she was an avid New England Patriots’ fan and was passionate about baking. Her specialty was her famous chocolate layer cake. She also enjoyed decorating for the holidays, and crocheting. And of course, enjoying a cup of coffee at Dunkin’s! Above all else, Alice loved spending time with her family and friends for special occasions as well as everyday life, including being part of her “Sunday Morning Breakfast Club.”  Years earlier she also socialized with friends and family at the at the Chelsea Yacht Club, and the P.P.C in Chelsea.

She was the devoted mother of Michael Pantano and his wife Christine, cherished grandmother of Mia and Emma Pantano, all of Reading. Dear sister and sister-in-law of Margaret “Peg” McKeever of the Villages in Florida and her late husband John, Patricia M. Salemi and her husband Richard of Wakefield. Adored aunt of Richard “Rick” Salemi, Jr. and his wife Alicia of Wakefield, AnnMarie Salemi with Sergio Guaraccino of Peabody, and Michelle Salemi of Wakefield. She was also the former and past wife of Arthur Pantano of Revere.

ARRANGEMENTS: Relatives and friends are most kindly invited to attend a memorial gathering and visitation at the Welsh Funeral Home, 718 Broadway, Chelsea on Monday, November 21st from 8:30 AM to 10:00 AM, immediately followed by a funeral service in the Funeral Home at 10:00 AM. Services will conclude with inurnment at Woodlawn Cemetery, Everett.

DONATIONS: In lieu of flowers, should friends desire, contributions in Alice’s name may be made a charity of their choice. 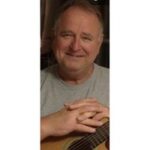