[The Following press release was submitted from the Lewis Campagin]

BOSTON, MA – State Senator Jason Lewis is proud to be endorsed for re-election by Planned Parenthood Advocacy Fund of Massachusetts and Reproductive Equity Now (REN), the two leading organizations advocating for reproductive rights and access to abortion care in Massachusetts.

“Senator Jason Lewis has been an invaluable partner in the Massachusetts Senate to expand reproductive health care for all,” said Rebecca Hart Holder, Executive Director of Reproductive Equity Now. “As the lead Senate sponsor of successful legislation to provide medication abortion on Massachusetts college campuses, Senator Lewis deeply understands the importance of breaking down barriers to the full spectrum of reproductive health care. He fights so that every person across the state has the ability to define their own future, and we know he’ll continue to be a staunch advocate for reproductive freedom in our Commonwealth.”

“I have long championed reproductive rights and freedom, although I never thought we would see the day that access to abortion would be banned or under such threat in many parts of our country,” said Senator Jason Lewis. “Working alongside Planned Parenthood and REN, I will continue to do everything possible to ensure that Massachusetts protects and expands these rights for our residents and healthcare providers, as well as patients who are forced to travel here from other states to seek abortion care.”

Senator Lewis has represented the Fifth Middlesex District in the state Senate since 2014. He will be facing Republican Ed Dombroski in the November election.

To learn more about Senator Lewis’ positions on issues and his accomplishments for the district and the Commonwealth of Massachusetts, please visit electjasonlewis.com. 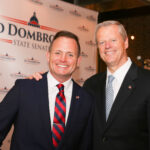 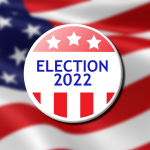 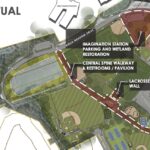