Reading, MA — Chief David Clark is pleased to announce that the Reading Police Department is promoting Patrick Silva to the rank of Lieutenant.

Lt. Silva has served as the department’s Civil Rights Officer since last fall, and will continue to fill that role for the time being in addition to his new responsibilities. In that capacity, he’s served as the liaison between the department and the community on civil rights matters, including the awareness, detection, prosecution and proper reporting of hate crimes and other constitutional rights violations. Additionally, he’s led civil rights training for other officers.

Lt. Silva joined the Reading Police Department as an officer in 2009. He was promoted to sergeant in 2014. He works as an adjunct professor of criminology and criminal justice at Merrimack College.

“Lt. Silva has been an invaluable member of our department for over a decade, making meaningful contributions throughout that time — including most recently in his work to safeguard civil rights in our community,” Chief Clark said. “I look forward to his continued positive impact in a position of increased leadership and responsibility.”

Residents may contact Lt. Silva at psilva@ci.reading.ma.us or 781-942-6790 with questions and concerns regarding civil and constitutional rights. 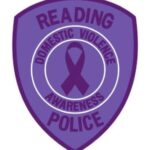