Reading, MA — Dale Gienapp of Gienapp Architects, Project consultant for the proposed Killam Elementary School project, updated the Killam School Building Committee on the process, which got Reading to this point. Gienapp began by sharing that the process started with an enrollment study conducted by NESDEC, which projected an increased enrollment of 155 students in the elementary program over the next twenty years. Gienapp also noted that seventeen classrooms had been set aside in the last fifteen years for special education purposes, nine for kindergarten, and three for pre-kindergarten. These factors create an expected 35% space shortage in elementary schools in the coming years. This information led Gienapp to the development of a master plan in which seven options for increased space capacity were submitted to the School Committee for discussion.

After consideration and discussion, the School Committee opted for a choice that will build a new Killam Elementary School to meet all its elementary space needs. A letter of interest was submitted to the Massachusetts School Building Authority (MSBA), asking to be included in its funding program. Gienapp shared that the MSBA received 188 letters of interest and that Reading is one of only seventeen selected to continue in the process. June 1, 2022, began a 270-day eligibility period in which the town needs to complete several tasks, including establishing a School Building Committee, reports to MSBA on programming and maintenance, and funding a feasibility study and schematic plan.

In order to complete this next step, Town Meeting will be asked in November to appropriate $2.2 million from free cash for the feasibility study and schematics. The $2.2 million will pay for design fees, testing of the site for viability, and other factors such as traffic and contingencies.

“Don’t short change what you do on testing and engineering,” Gienapp advised, noting that anything added to the project after a funding agreement is reached would not be included in the reimbursement calculations by MSBA.

After February 26, 2023, assuming all filings have been made and are accepted by MSBA, a 150-day period to get the design and testing team together begins, followed by a 375-day period for the feasibility study and design to be completed. At this point, MSBA and the town will have 90 days to reach a reimbursement agreement.

Town Manager Fidel Maltez shared that a draft warrant article authorizing the $2.2 million has been completed and will be voted on by the Select Board on September 20 to be added to the November Town Meeting warrant. Committee member Carla Nazzaro shared that the School Committee is planning an informal community listening session at its meeting on August 29, followed by a more formal public hearing on September 8.

In preparation for Town Meeting, the committee suggested a thorough presentation as to why a new building is needed as opposed to simply a renovation of the current Killam building. “School space need is what is fueling this discussion,” Committee chair Patrick Tompkins advised. Committee member Karen Herrick counseled that the presenters at Town Meeting be prepared for questions regarding enrollment projections that used the 2010 census and questions regarding how the $2.2 million figure was determined.

The Killam School Building Committee agreed to its meeting schedule through the end of the year and will meet on September 19, October 17, and December 12. 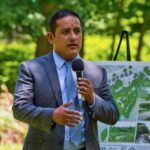 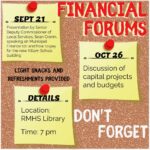 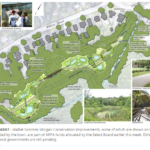