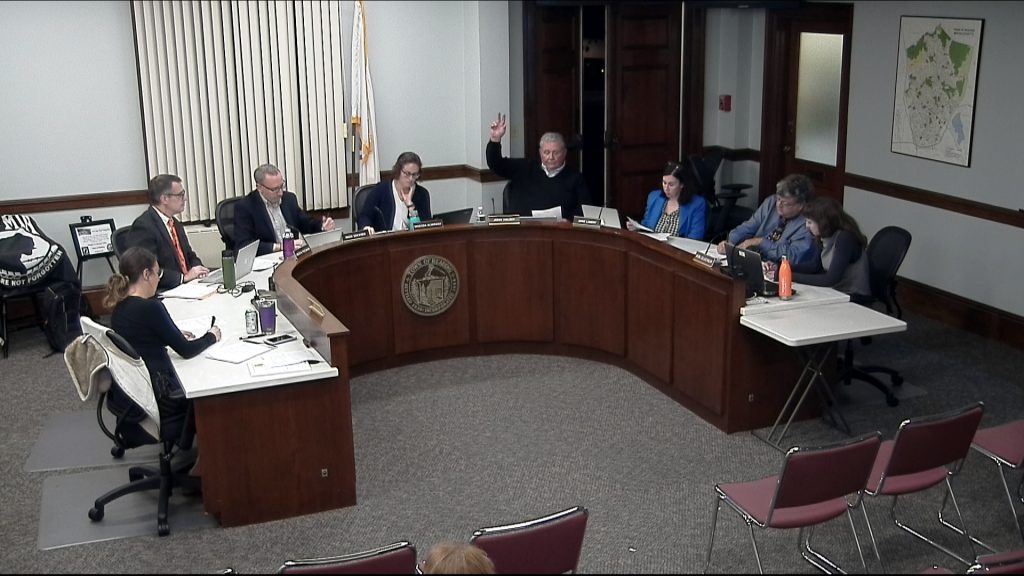 The Select Board voted 4-1 to keep the 1.02 split tax rate for Fiscal Year 2020 on October 29. Lisa Egan, executive director of the Reading/North Reading Chamber of Commerce, urged the board to consider the effect a greater split could have on local businesses. “Let new businesses fill the new spaces before considering raising the split rate.” Egan urged. Select Board member Anne Landry agreed, citing the coming 40R developments in town as a reason to wait on any increase in the split rate. Select Board chair Vanessa Alvarado also agreed stating, “Last year I said 1.02 for a couple of years, so I believe we should stay where we are.

The 1.02 split tax creates a residential tax rate of $13.96 per $1,000 of assessed value. With an average single-family home assessed at $627,100, this means that the average Reading single-family home will have a tax bill of $8,750. The decision sets the commercial tax rate at $14.21 per $1,000 of assessed value. Therefore, the average commercial property in Reading will have a tax bill of $24,256. Taxpayers will also pay fifty-three cents per $1,000 of assessed value for debt exclusion, about half of which is for Reading Memorial High School and about half of which is for the library according to Town Manager Robert LeLacheur. Select Board member John Halsey voted against the 1.02 rate, stating a preference for a 1.01 rate. 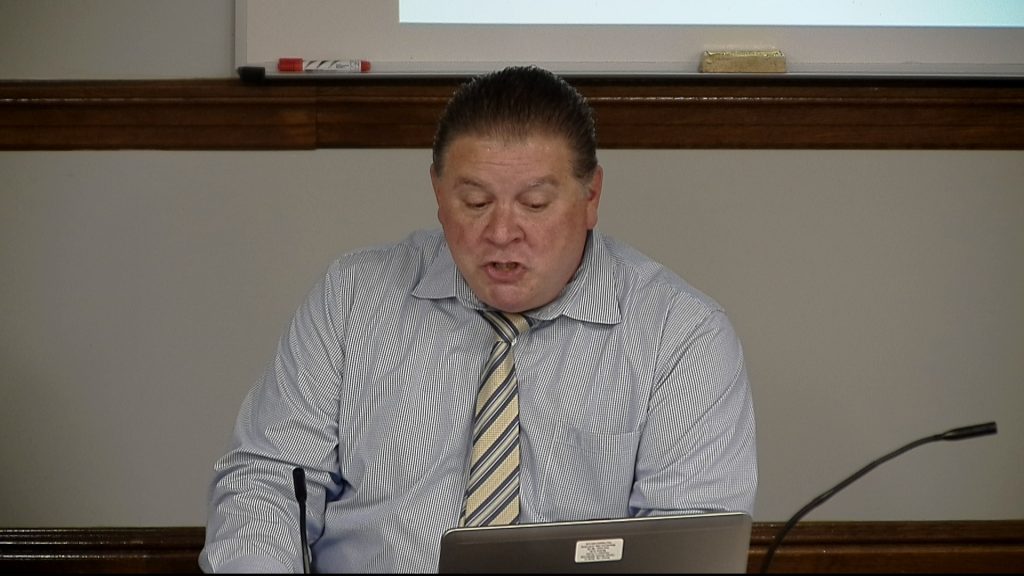 The Select Board voted 5-0 to set the Senior Tax Relief rate at a factor of a 1.5 multiplier over the state circuit breaker. One hundred and eighty-two of the 186 applicants for Senior Tax Relief were approved and will receive a total of $259,409 in tax relief. The board also voted 5-0 not to grant an open space discount, not to adopt a residential exemption, and not to adopt a commercial exemption. Halsey hesitated on the commercial exemption, but later commented, “Those who would benefit would be better off with a one-on-one conversation with Victor [Santaniello, Tax Assessor].” 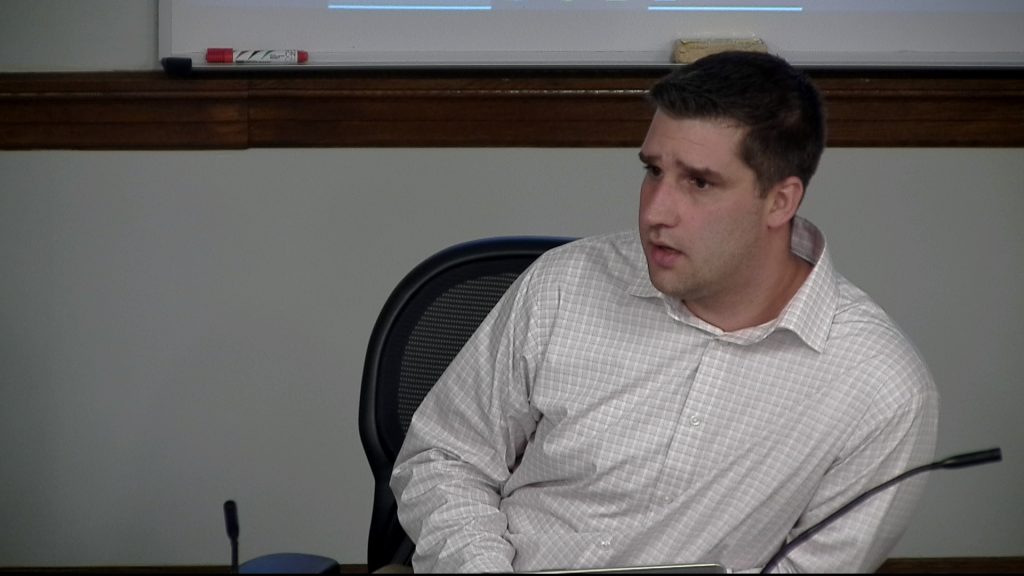 Town Engineer Ryan Percival reported to the board on the results of the Haverhill Street Speed Study. Percival described the methodology for the study then shared that the consultant, Greenman-Pedersen, Inc (GPI), had recommended a 35 miles per hour limit on the road. This limit matches the one in North Reading and would create one speed limit for the entire stretch of Haverhill Street, except in the school zone. GPI observed an average speed of between 38 and 42  miles per hour, with one section averaging 48 miles per hour. GPI also stated in its report that the intersection of Franklin Street and Haverhill Street warranted a traffic light, and recommended moving forward with the plans. The Select Board voted 5-0 to send a letter to the Massachusetts Department of Transportation asking for a 35 miles per hour speed limit on the road. 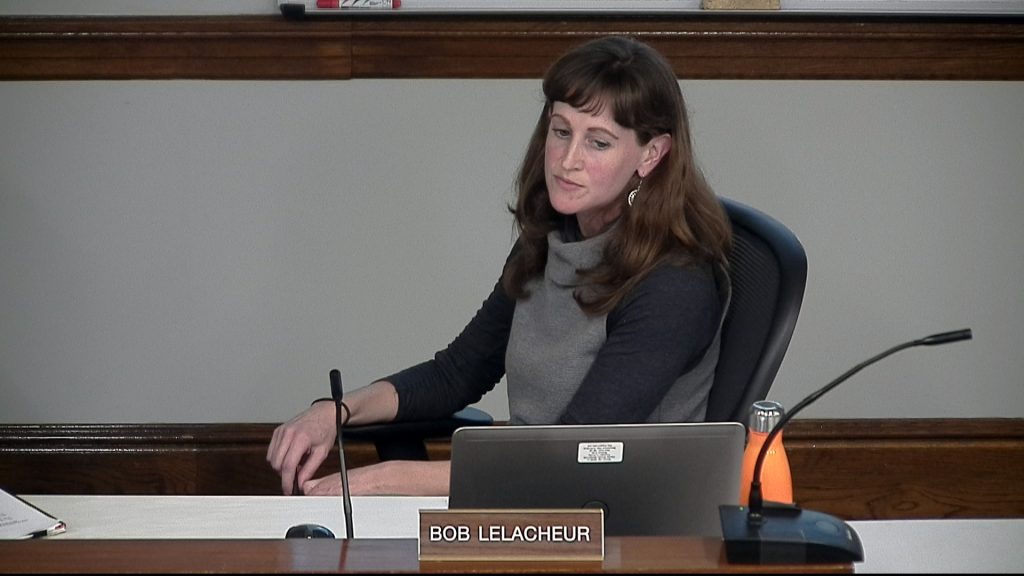 Community Development Director Julie Mercier gave a presentation regarding work by the Parking/Traffic/Transportation Task Force (PTTTF) on downtown parking. Mercier reminded the board that, “Parking is a system and the challenges are systemic.” Of the 3,400 parking spaces downtown, 1,600 are private spaces. The 1,300 public spaces and the 500 permit spaces are the focus of the PTTTF’s work. The task force intends on suggesting significant changes to the Select Board that hopefully will simplify the system. “We want to level the permit playing field, and empower versus penalizing.” Mercier shared. Halsey argued for taking some form of action sooner, rather than waiting until next year. While agreeing with Halsey in concept, LeLacheur shared that making small changes was challenging as each business seems to have its own thoughts as to what would be best. “One business will want ‘those three spaces’ for its employees, while another wants the same three spaces for customers.” LeLacheur shared. Mercier then asked the board to vote to change the period of time for permits and leases from one year to six months. This would allow any approved changes to be enacted earlier next year. The board voted 4-1 to limit the time period for permits and leases to six months with Halsey as the dissenting vote. The PTTTF will report back to the Select Board in January. 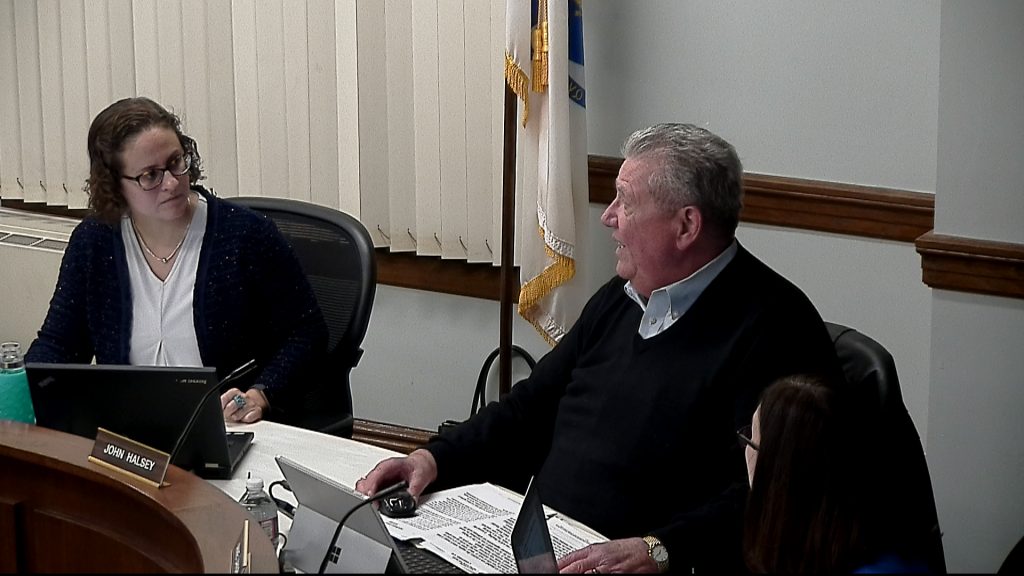 The Select Board voted 5-0 to keep the combination Depot/Compost parking sticker fee at $150. A second sticker may now be purchased by family members in the same household for $25. Both Halsey and Select Board member Andrew Friedmann voted against the second pass as they had argued for a lower rate of $10 for the second sticker. The board voted 5-0 to retain the $25 compost-only sticker for residents, and the $15 compost-only sticker for resident senior citizens. Select Board member Mark Dockser requested that a senior-discount depot sticker be considered. LeLacheur suggested that the PTTTF take up the conversation.

The Select Board adjourned at 10:57 pm and will meet next on November 19.