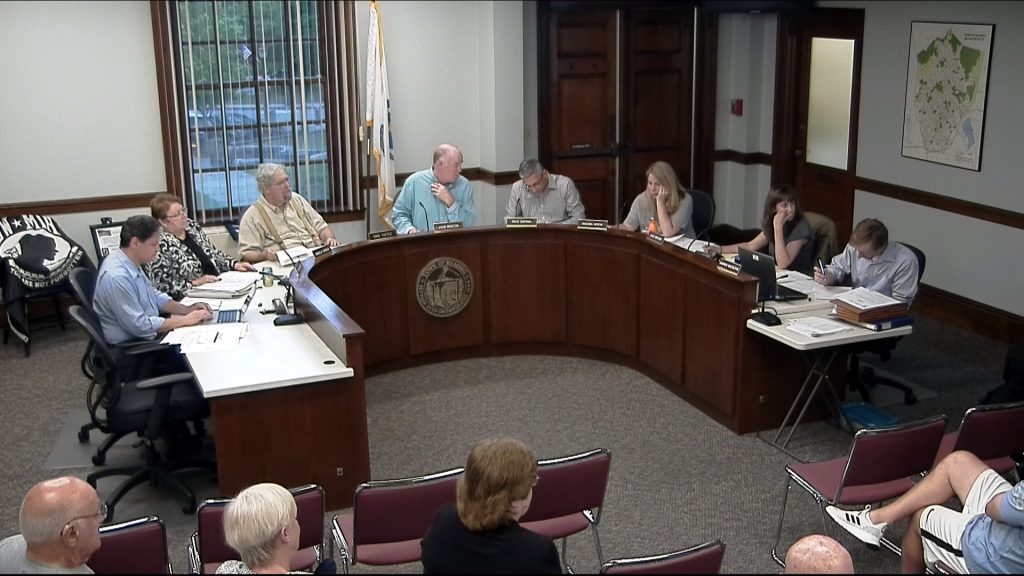 Landscape architect Christian Huntress, representing Austin Preparatory School, presented plans for updating the school’s existing baseball fields to the Community Planning and Development Commission (CPDC) on Monday, June 10. Huntress explained that the school plans to replace the current grass field on the “lower” field with a full, varsity-sized synthetic turf baseball diamond and outfield that would double as a soccer field in the fall. A new grandstand with lights and press box is also planned. A nearby practice infield is to be created as well. In addition, six tennis courts with lights would also be added to the site. All fields and structures are within setback guidelines. Attorney Chris Latham, also speaking for Austin, shared that the new fields would have better drainage, thus potentially alleviating issues with the wetlands that abut the 40-acre campus on Willow Street. Latham confirmed that the plans for the project had not yet been seen by the Conservation Commission. 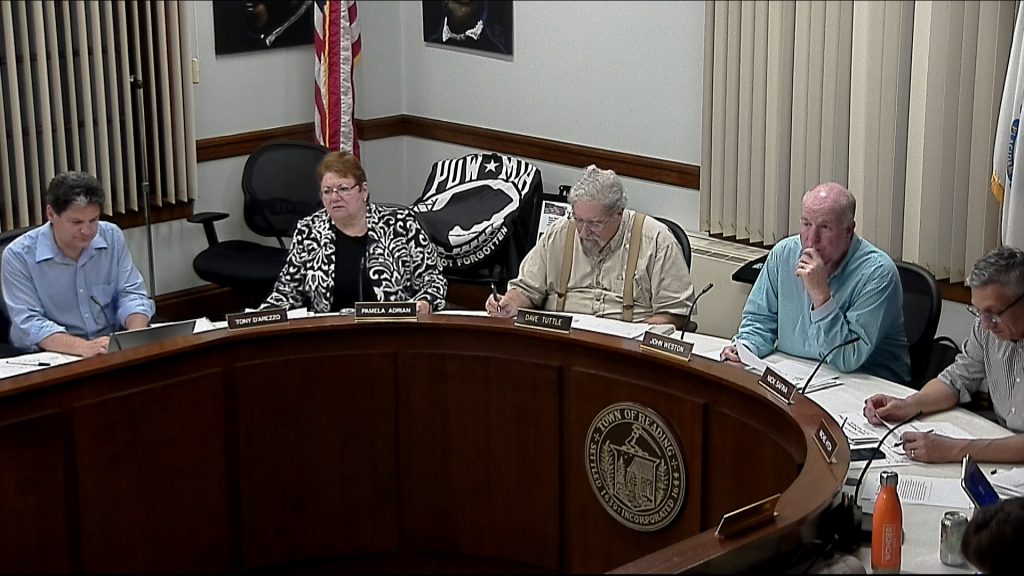 Several abutters expressed concern over the plan, especially the spillage from the lights, and how late they may be left on. Concerns about the amount of increased activity that the fields would draw, citing Latham’s claim that Austin would be open to allowing town events at the site, were also shared by abutters. CPDC Chair John Weston expressed concern over the effect increased noise levels could have on abutters, as the proposed grandstand is higher in elevation than the train tracks which currently shield abutting homes from noise at the site. Weston recommended that the school review the plans and the CPDC feedback and return at a later date. The public hearing was continued to July 8 at 8:00 pm.

Reid Hayes, representing the new development at the corner of Lincoln and Prescott Streets, presented plans for signage at the new development. One wall sign with gooseneck lights on the Lincoln Street side is proposed as well as two signs on canopies over the entrances to the building. Both Weston and CPDC member David Tuttle expressed concern over the size of the wall sign, stating that a sign with five-foot-tall letters would be too large. CPDC also stipulated that the planned placement of the sign was not allowed by zoning bylaws and thus, the petitioner would have to appear before the Zoning Board of Appeals. CPDC did vote 5-0 to approve the canopy signs as presented.

CPDC voted 5-0 to recommend to Town Meeting a change in the bylaw definition of marijuana and hemp to match the definitions now found in Massachusetts General Law. CPDC also reviewed a proposed zoning bylaw amendment to fix a footnote regarding the conversion of one-family homes into multi-family homes. Town Counsel has warned CPDC that the footnote could cause confusion for developers and staff alike as to what is and what is not allowed and what is grandfathered. Resident Nancy Twomey also addressed the CPDC on this proposal, stating that the ten percent allowed expansion of a structure under conversion is “arbitrary.” CPDC also reviewed a proposed bylaw amendment aimed at encouraging development on South Main Street. Public hearings on both proposals were continued to July 8.