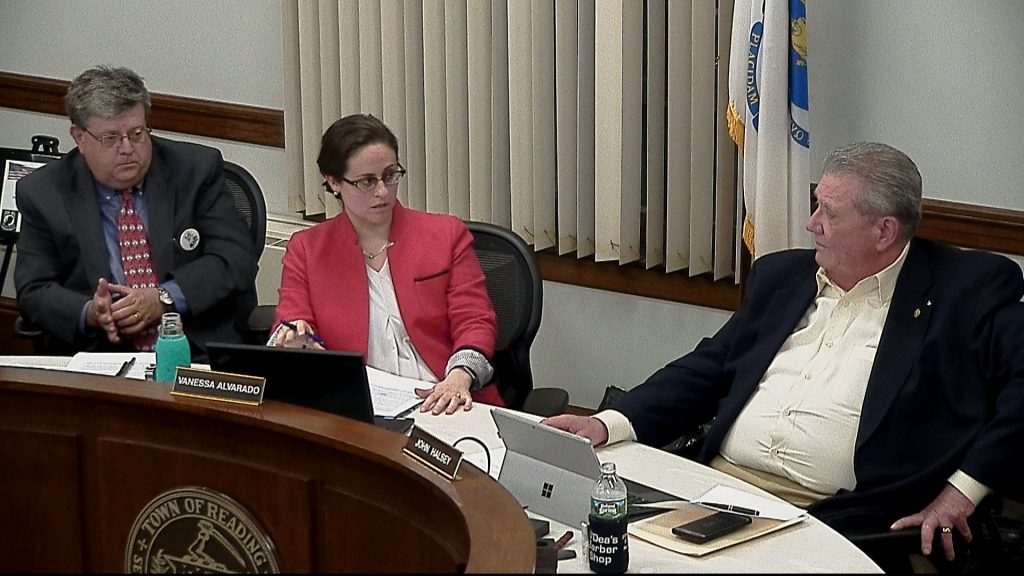 The Select Board had a serious exchange at its May 21 meeting regarding the idea of asking the Bylaw Committee to investigate the possibility of a Bylaw and Charter change that would allow non-residents to serve on certain committees within the town. The proposal would not include any elected boards or those with legal responsibilities such as the Community Planning and Development Commission or the Zoning Board of Appeals. Member John Halsey expressed concern over the issue, though he said he would welcome any non-resident who wished to advise a committee or serve in a non-voting accessory fashion, citing the example of a non-resident local business owner who might want to serve on an economic development committee. Select Board Chair Vanessa Alvarado indicated that the issue has arisen due to the concern that, “There are times when Reading may lack the expertise or perspective needed” on a committee. When Halsey disagreed, she cited the possibility of wanting a rabbi on a human rights commission, though there is no synagogue in town. While Halsey understood, he stated that there is no reason why that person would have to be a voting member. He continued to clarify that he does not like the idea of non-resident voting on issues that could affect residents. Alvarado countered that asking members to serve without a vote might subject them to feeling like they were “second-class” in status. Town Manager Robert LeLacheur shared that this issue came up during the last charter review and that the members of the review committee at that time were unanimously opposed to the idea. Select Board members Andrew Friedmann and Anne Landry suggested discussing the issue at the next Ad Hoc Human Rights committee meeting and sharing that perspective with the board. The issue will be discussed further at the June 4 Select Board meeting. 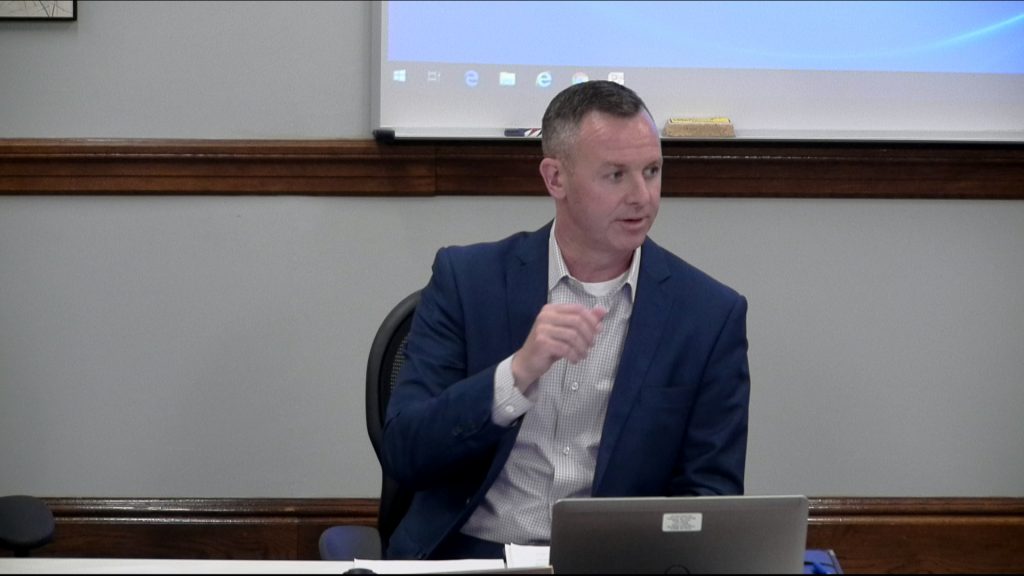 Board of Health Chair Kevin Sexton

The Board of Health presented language for a new regulation prohibiting the use of certain pesticides on town-owned land, specifically on sidewalks and tree lawns. Tree lawns are the swath of grass that lies between the sidewalk and the street in many neighborhoods. Kevin Sexton, chair of the Board of Health, shared that the regulations were based on similar ones used in Marblehead since the 1980s. He also shared that the pesticides in question are considered carcinogens and have been shown to have potentially dangerous side effects for residents and pets using the sidewalks. Sexton emphasized that the proposed regulations contain no prohibitions for any pesticide use on private property.

Halsey asked if there had been issues in town that precipitated the need for new regulations. Health Board member Emmy Dove responded that while there were no known issues, often times public health concerns were better dealt with pro-actively as opposed to reactively. Sexton followed, explaining that the creation of such regulations could help with education for people about products they use on their private property. LeLacheur suggested that the Board of Health reach out to companies that use the chemicals informing them of the change if adopted. After continued discussion, the Select Board asked the Board of Health to return at a later date with an updated proposal. 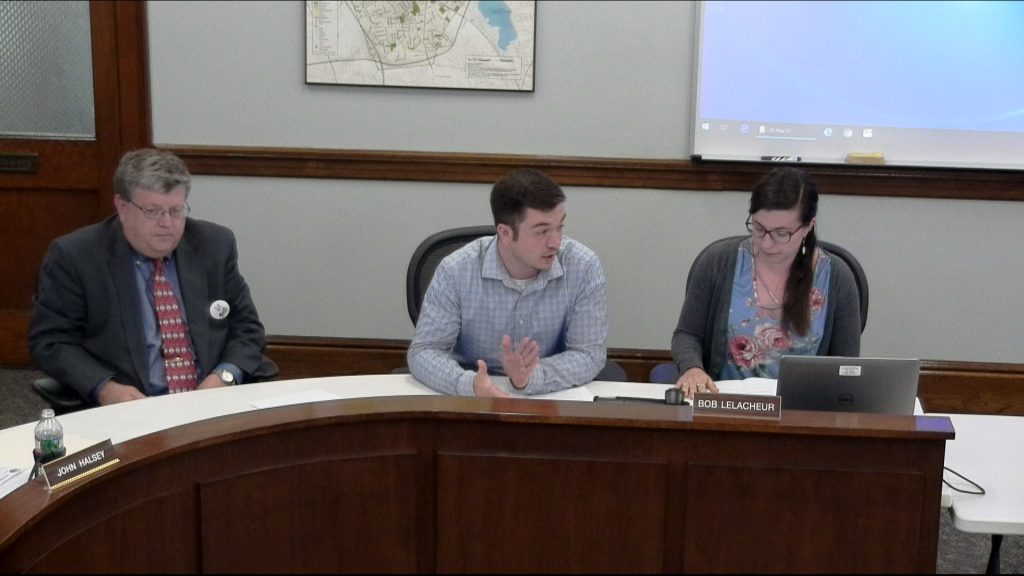 The Select Board was given an update by John and Lauren Oliver of BeatHeart about the third annual Jams for Jake event at Birch Meadow on June 22. It also received an update on the two-week long Reading 375th Celebration, slated to begin on May 31 on the town common. The board approved the Classification and Compensation Plan for Fiscal Year 2020. The budget accepted by Town Meeting in April included these updates. The board voted 4-0 to make a proclamation recognizing retired Brigadier General Jack Hammond for his service to the country and his continued service with the Home Base Foundation. The certificate will be presented at Reading’s Memorial Day service. 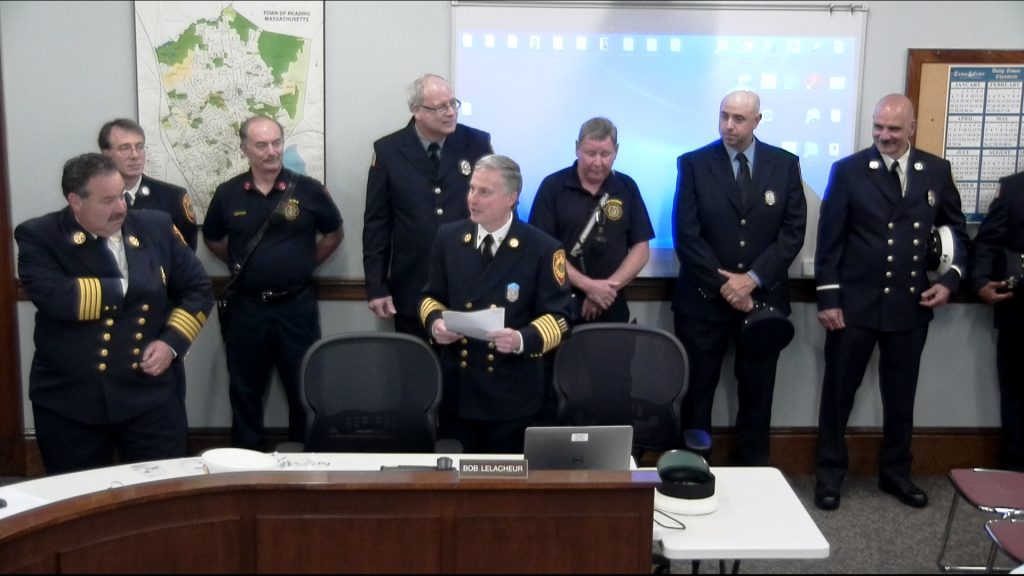 The Board participated in the recognition of seven members of the fire department who have served the community for between 25 and 36 years. Five newly hired firefighters had their official badge pinnings at the meeting as well. Halsey welcomed the new members, noting the significance of having new and experienced firefighters recognized together. “You are working with a great team,” he exclaimed to the new firefighters. 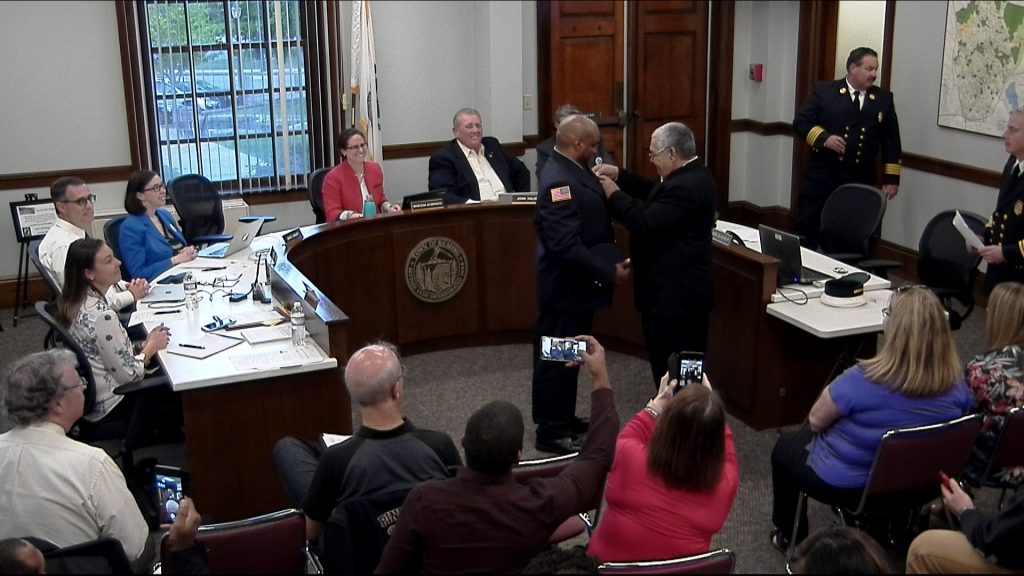