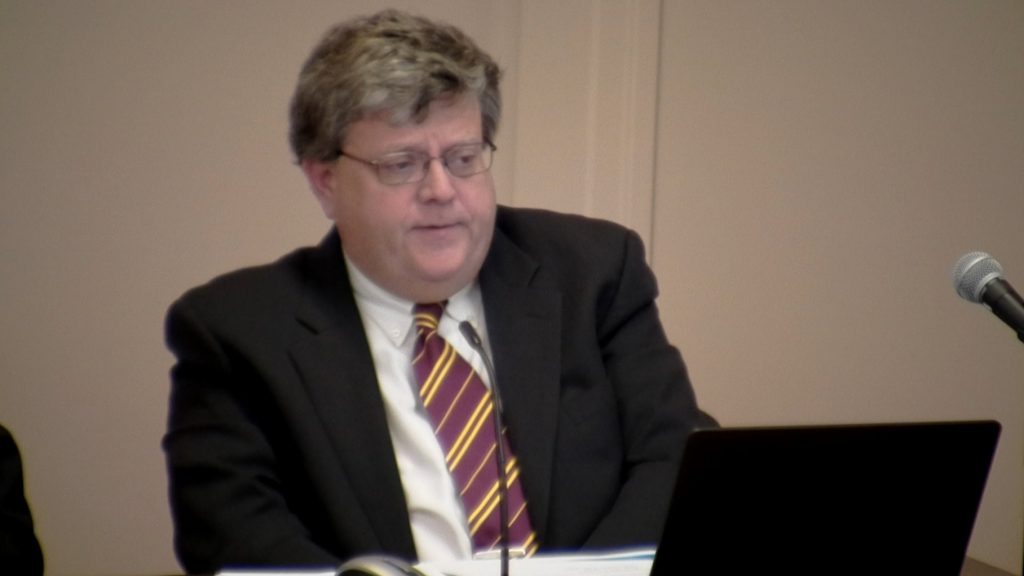 “As you can see, our department heads are shy about asking for money.” Town Manager Robert LeLacheur commented as the Board of Selectmen heard from the facilities department and about accommodated costs at the third of four departmental budget meetings that are being held in December. Director of Facilities Joe Huggins reviewed the mission of maintaining and cleaning the 1.1 million square feet of building space that the town owns and operates with the board. Huggins suggested that a seven and a half percent increase would be needed primarily because of an increase in the contract for custodial services in town buildings. Huggins also reported that 73 percent of maintenance work orders for town buildings were able to be handled in-house without having to bring in outside contractors, saving the town thousands a year. When asked about the results of performance contracting in town and school buildings, Huggins and LeLacheur reported that energy costs in town buildings are $750,000 less than they were prior to the upgrades. There is a $400,000 debt service that is used to pay for the upgrades which nets $350,000 in savings annually for the town. The debt should be paid off in seven years.

LeLacheur and Superintendent of Schools John Doherty also reported to the board that they expect a minimum of a seven and a half percent increase in health insurance costs for Fiscal Year 2019. While Reading’s health insurance rates have had an average increase of around four and a half percent over the last two years, nationally rates are going up by double digits. Health insurance benefits make up about ten percent of the total budget. LeLacheur shared that the cost of the town’s debt will decrease by $350,000 in FY 2019, and suggested that monies used for capital expenditures be increased by $650,000. 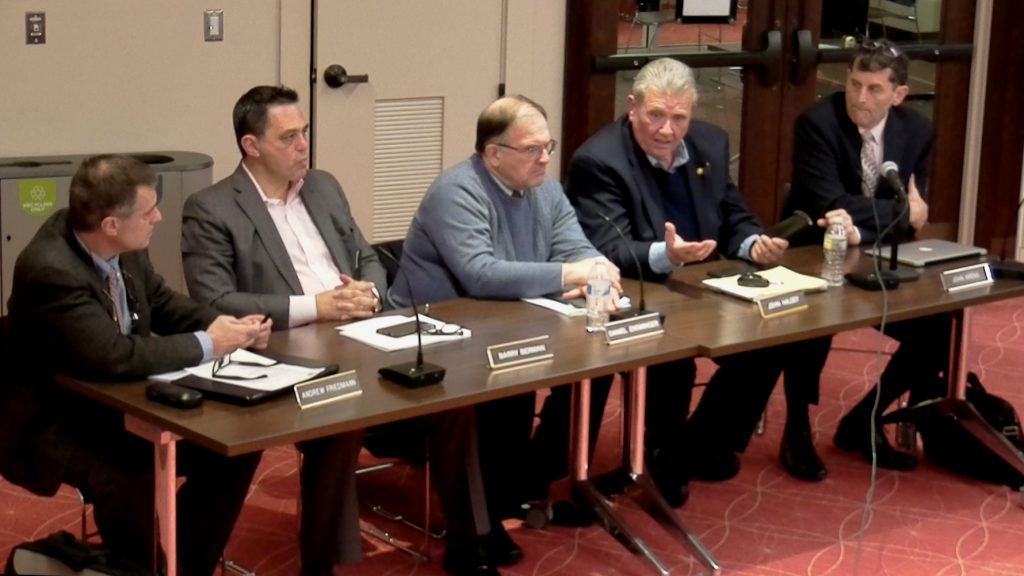 Both LeLacheur and Doherty addressed the long-range capital plan which was approved by Town Meeting in November. LeLacheur suggested that planned building security updates start with a complete overhaul of the dispatch center, which will be the hub for all the town’s building security in the future. Five hundred thousand dollars is allocated in the capital plan for this expense. Doherty spent time discussing needs at Killam Elementary School. According to the recently released Massachusetts School Building Authority report, while Killam rates in the highest category in terms of general environment, it only scores a three in building condition – the lowest rated school in the district. While well maintained and structurally sound, Killam is the only school in Reading that has not had a major upgrade or renovation since it was built in 1969. The report cites the lack of handicapped accessibility, lead in the water, aging windows and doors, and the lack of a fire suppression system as the reasons for the low grade. Doherty was quick to point out that the systems for the preservation of life in the event of a fire have been upgraded and are up to date, but there is no fire suppression system to protect the property itself. Doherty suggested that a feasibility study as to what all the best are for Killam is the next step. Doherty also suggested that a study should be comprehensive to include all the elementary schools. LeLacheur pointed out that the Building Needs Committee has $150,000 in its budget in FY 2018 and in FY 2019. This is money that might be used to produce the study. Selectman John Halsey suggested that the School Committee needs to have a joint meeting with the Building Needs Committee to determine the next steps to be taken.

The meeting adjourned at 8:55pm.