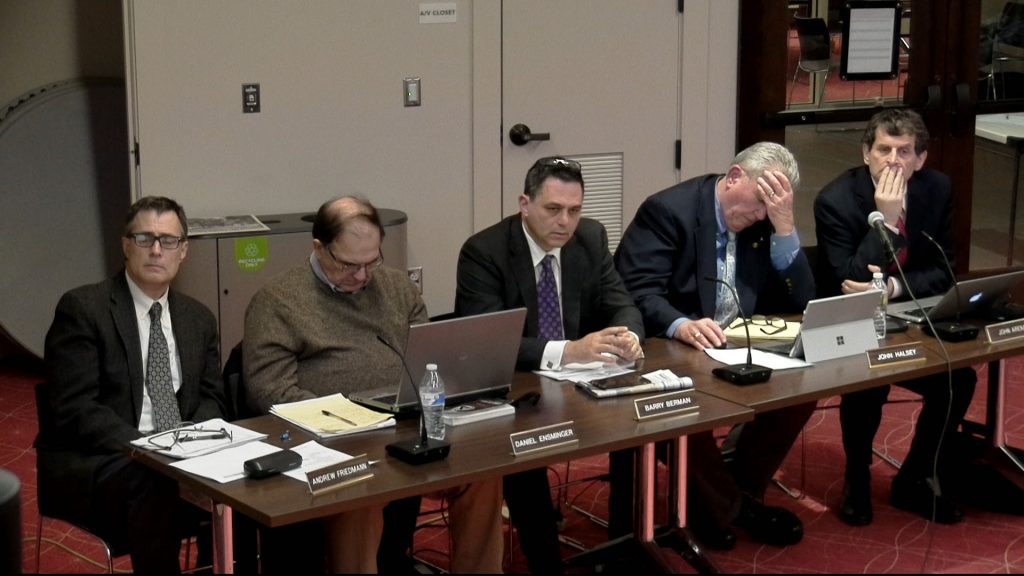 In the second of four meetings to be held regarding the Fiscal Year 2019 budget, the Board of Selectmen heard budget requests from the Reading Public Library and Public Safety departments on Wednesday, December 13. Library Director Amy Lannon presented a request to increase the staff of the library by .75 FTE for the new fiscal year. This increase would restore Sunday hours from September through May which were previously cut due to budget constraints. Library usage is up considerably in all areas. There is a twenty-four percent increase in visitors to the facility which now averages eighty-five visitors per hour.

The library is attracting 109 new members a month. Four hundred community meetings were held in the space in 2017 and over 17,000 people attended library programs spread out over 600 classes, speakers, and events. There is a three percent increase in circulation of all materials, which makes the Reading Public Library the twenty-eighth busiest library in the state. Library staff get an average of twenty-four reference requests an hour. “People trust the library,” Lannon stated. She continued to explain that the library offered a $6 million value to the town on a $1.4 million budget in FY 2017. 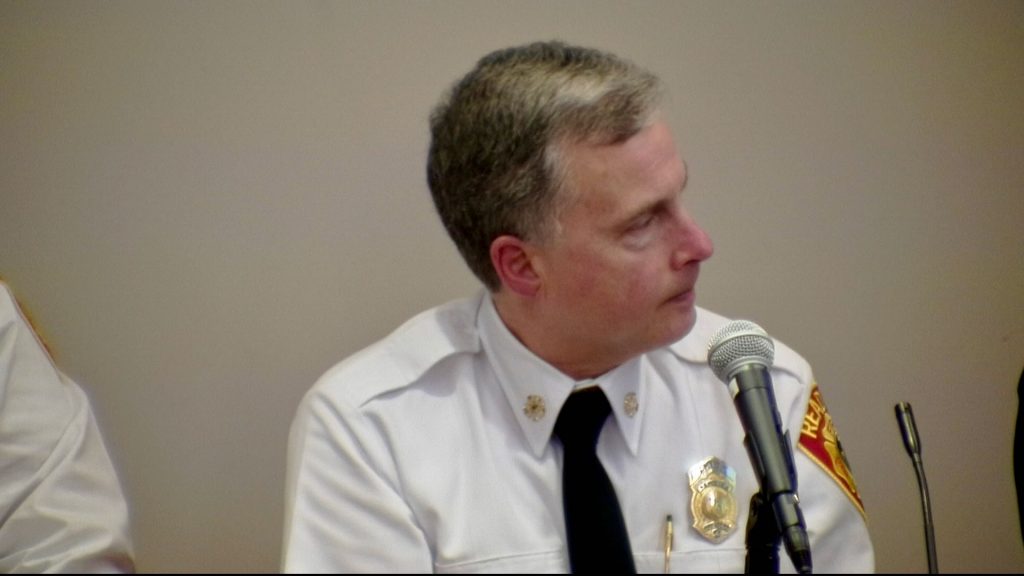 Fire Chief Greg Burns asked for an increase of four firefighters in the FY 2019 budget. This would add one new fire fighter to each of the four duty teams. This addition would better allow for coverage for vacations and injuries on the teams, while helping provide more efficient and quality service to residents in need. Burns estimated that it would also reduce overtime expenditures buy $100,000. The fire department has experienced an 11% increase in medical calls in 2017 over last year. Since a study in 1987, there are over one thousand additional fire department responses annually than there were when that study was conducted. The additional personnel would help bring Reading up to the average number of firefighters per thousand residents that are employed in comparable communities.

The next presentation was made by Police Chief Mark Segalla. He is requesting an additional five police officers, which is inclusive of an additional school resource officer for the FY 2019 budget. This would help replace officers that retired and were not replaced as well as help increase presence for the department. Through November 30, 2017 the police department handled over 19,000 calls for service. Selectmen John Halsey commented, “The bad news is business is up and manpower is down.” Chair John Arena commented that Reading has eight thousand more residents than in 1967 with the same number of police officers. When asked how the additional officers would be experienced by residents, “More coverage on the street,” Segalla responded, “It will help us get where we need to be.” Without an increase in the number of officers Segalla predicted a decrease in certain noticeable police activities such as traffic enforcement.

Erica McNamara concluded the evening with a presentation of the many activities of the Reading Coalition Against Substance Abuse in the past year. The grant funding the coalition will expire in September of 2019. Arena commented that the town needs to think ahead about how to continue the funding for the coalition in the FY 2020 budget and beyond.