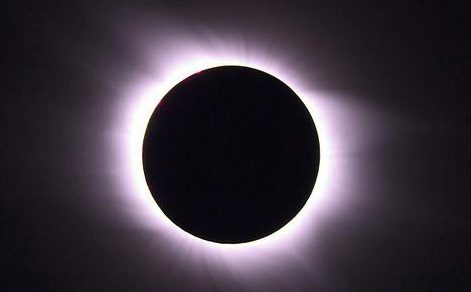 You’ve probably heard that a total solar eclipse is cutting a roughly 44-mile swath across the nation, beginning in Oregon and exiting the continent at South Carolina. Here in Reading we can observe (with the proper optical protection, of course) about a 62% coverage of the Sun by the Moon.

The totality band – the area in which the entire sun is completely covered by the moon – is best at the center line, and the amount of time that the Sun is completely eclipsed decreases as you move away from the center line toward the edges of the path. This event takes place on Monday, August 21, but the closest spot to our town where you can see the Sun fully eclipsed is about 1,200 miles away.

There was a time – well within the lifetimes of many current residents – that Reading fell within the path of a total solar eclipse. In fact, the center line came right through town. Back on the early morning of Oct. 2, 1959, that line crossed our borders from Wilmington, just a few feet south of Lowell Street, near Causeway St. Using today’s maps it crossed to the north side of Lowell St. at the junction with Benton St., and headed to Grove Street, passing between Mark Ave. and Criterion. The center line continued through town, across John Carver Rd, Bancroft Ave., and the Birch Meadow area. It traversed Main St. just north of today’s Korean Church of the Nazarene. It then passed over Pearl and Charles streets, across Timberneck Swamp, Haverhill St., through Camp Curtis Guild, then on to Lynnfield. 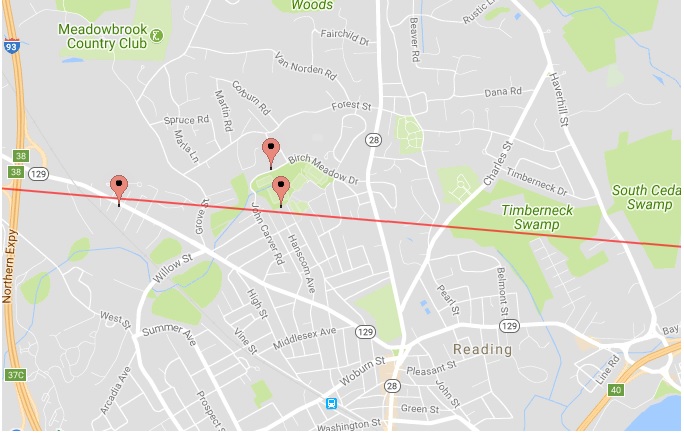 There were two problems, however, and because of them it is highly unlikely that anyone in Reading was able to observe totality here that day. First, the eclipse happened right at dawn. In fact the Sun rose with totality already in progress. Although the total eclipse began that day in Gardner, MA and cut across much of eastern Massachusetts, from the city of Gardner to the ocean, the only practical place in the state, or the continent, for that matter, to observe it was right on the coast, with its clear eastern horizon. Many people from the area headed for Nahant which juts out into the Atlantic.

The second problem was that on that special morning the Sun was not visible at dawn. The day was nearly cloudless, except for a low haze right on the water, blocking from view one of nature’s most spectacular displays. The eclipse path then crossed the ocean and arrived in Africa later that day.

Our next nearby opportunity to see a total solar eclipse is a mere seven years from now, on April 8, 2024, but you need to travel up to Vermont, Maine, or parts of upstate New York for totality. Although a partial eclipse is impressive, it is totality that is truly spectacular. As Astronomy magazine says “The difference between even a 99% partial eclipse and a 100% totality is the difference between day and night.

If you want to stay right in town, the wait is much longer. It won’t happen anywhere in Massachusetts until May 1, 2079, and once again, unfortunately, it comes at dawn.