Town Meeting voted to go with the choice of the voters and amended the zoning bylaw to prohibit commercial recreational marijuana establishments in Reading. Seventy percent of the voters approved the prohibition in the April 4 election. The article generated no discussion by the members prior to the vote. Town Meeting also voted in a separate article to submit the prohibition to the state legislature for approval. This second article generated significantly more discussion than the previous article. Much of this discussion was perceived by a few members to be more suited to the article about the zoning change. Because of this perceived discrepancy, a motion was made prior to the end of the session to reconsider both articles. There was also a motion to reconsider the indefinite postponement of a third article which was only included on the warrant in case the the first marijuana article failed. It would place a one-year moratorium on commercial recreational marijuana establishments in Reading while waiting for direction from the state legislature. Reconsideration requires a two-thirds vote and will be dealt with at the beginning of the next session on Monday.

Town Meeting also voted in favor of two articles that make changes to Reading’s Downtown Smart Growth District. The first changes the requirement for projects with rental apartments to increase the percentage of affordable units from twenty percent to twenty-five percent. Making this change allows all units in a new development to be counted toward the town’s total affordable housing count, as the community seeks to achieve the required 10 percent affordable housing hurdle. The article also will allow projects with 12 or fewer residential units to be exempt from providing affordable units. This second provision is believed to make some of these smaller projects more feasible in the district. 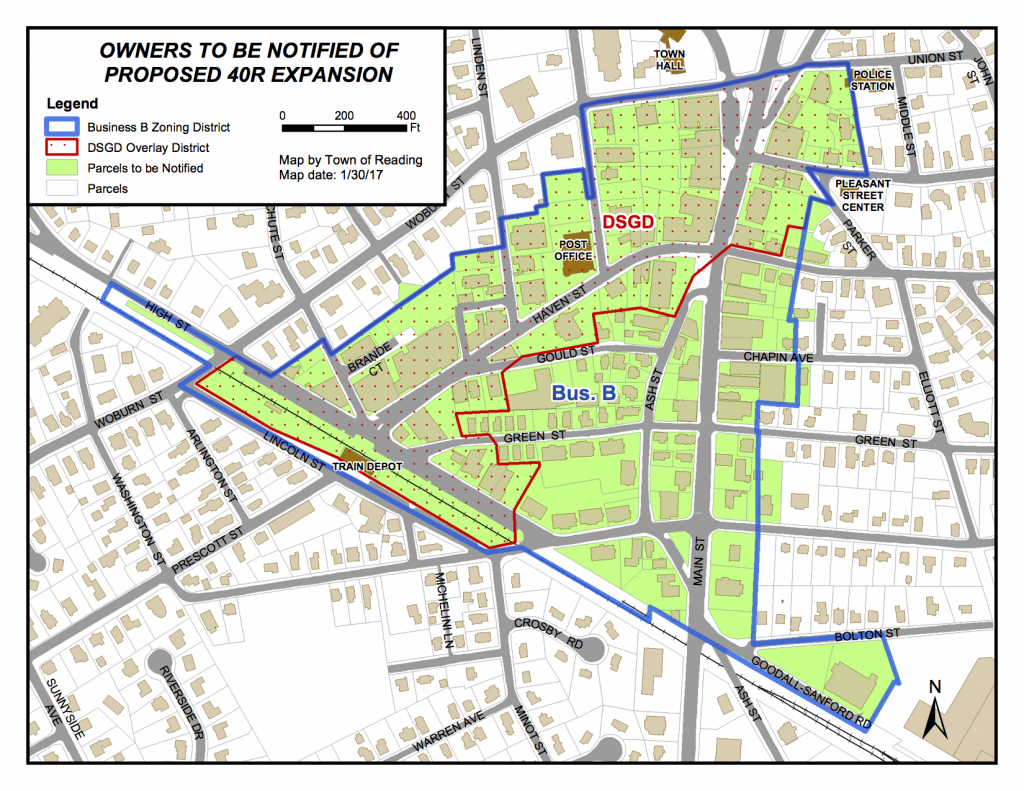