Motion to reconsider article 16 has been filed 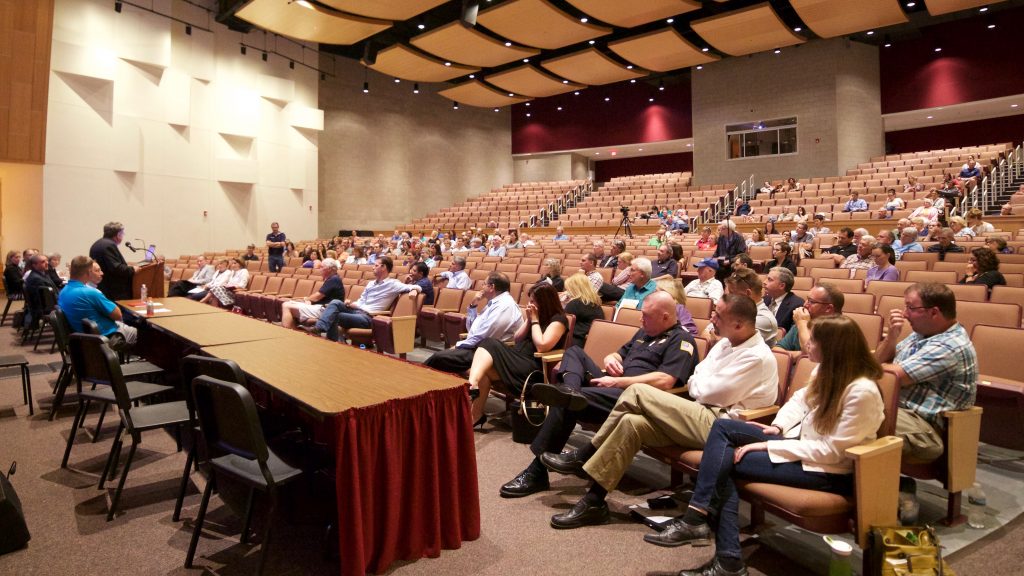 The subsequent town meeting convened on Monday (Nov. 14) and began working on a 31-article warrant. The “subsequent meeting” is the standard November meeting that takes place every year.  Also convening on Monday was a separate special meeting called by the board of selectmen in order to resolve litigation issues.  That meeting was open and then immediately adjourned until next Monday due to final data not being ready.  The subsequent meeting then came back into session and worked on several articles. Approved by voice vote were several issues dealing with the amendment of the capital improvement program, disposal of surplus materials, and rescinding of the library debt authorization.

Articles 8 and 9, dealing with water and sewer enterprise funds carried by voice vote.

Article 16, which would have authorized the board of selectmen to sell real estate on Oakland Road, across from the high school, failed to attain the required ⅔ vote, with 85 in the affirmative and 55 in the negative.  A motion to reconsider has been filed by town meeting member Glen Hartzler.  Reconsideration requires that it be moved by someone on the winning side.  It is not yet clear what new issues will be discussed during reconsideration.

Following the vote on the motion under article 16 town meeting cruised through articles 17, 18, 20, 21, and 22 before adjourning for the evening.

The next session is slated for this Thursday.  The first order of business will be the reconsideration of the motion under article 16.  Under the rules, the vote to reconsider the motion requires a ⅔ vote. If successful the motion from Monday will come back to town meeting in the same format as originally voted upon.  Following article 16, town meeting will proceed to work on articles passed over on Monday night – namely articles 13, 14, and 19, then continue where it left off.

On Monday, Nov. 21, town meeting will take up the business of the two special meetings.