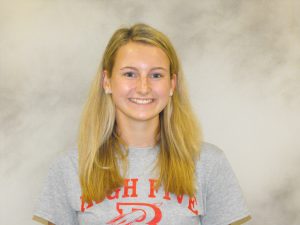 Erin Hamlin is being recognized for her excellence in academics, co-curriculars, leadership, and service. Academically, Erin is an outstanding student who ranks in the Top 5% of the Class of 2017. She is a member of the National Honor Society, serving in the role of Secretary this year. Athletically, Erin is a four-year member of the varsity Cross Country Team and a four-year member of the varsity Spring Track Team. Erin has been an important contributor to the yearbook publication since her sophomore year and is the Co- Editor of this year’s coming edition. In spite of her busy schedule, Erin still finds time to give back to the community, volunteering over 200 hours to Cradles to Crayons, a charity that assists low income children in Massachusetts. Erin also volunteers her time at Lahey Clinic and will be pursuing a degree in Nursing next year. Congratulations, Erin! 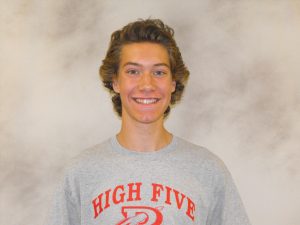 Niles Singer is being recognized for his excellence and leadership in academics, music, athletics, and service. Academically, Niles is an outstanding student and a member of the National Honor Society with a particular passion for French and Chemistry. He is a four-year varsity member of the Cross Country Team, serving as Captain this year. Niles is also a fourth-year member of the Jazz Band and has received several soloist awards during his career at RMHS. His favorite musical highlight was performing at the Hatch Shell in Boston. Additionally, Niles has been a two-year Class Officer for the Class of 2017, is involved with the Rocket Independent Video Club, Amnesty International Club, and serves as President of the Red Cross Club. Niles even finds time in his busy schedule to volunteer at the Reading Mission of Deeds, helping low income families to furnish their homes. He, like many other seniors at RMHS, is busy applying to colleges at this time, and is undecided about his future undergraduate major. Congratulations, Niles!