This July, Christmas is coming to Reading. For its annual summer production, The Five Star Theatre Company will be presenting Elf: The Musical Jr., a children’s musical based on the major motion picture. In this rendition of the popular story, there will be singing, dancing, and plenty of holiday cheer.

The Five Star Theatre Company allows for students to develop and learn performance and technical skills by working with artists, counselors, and educators that are experienced in all aspects of theatre arts. The Five Star Theatre Company holds four-week sessions in July at the Reading Memorial High School. Participants learn under director William Endslow, musical director Kristin Killian, and choreographer Nancy Katz Stone. Auditions are held every summer. In an interview with Endslow and technical director Stephen MacDonald, we discussed their anticipation and excitement over this upcoming event. 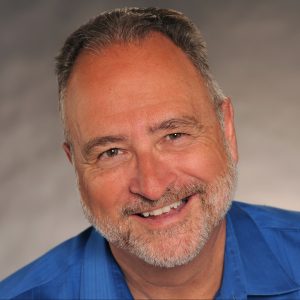 When did you first start working with The Five Star Theatre Company?

Mr. Endslow – “I’ve worked here for twenty-three years. I started Five Star with my wife to give kids a place to do theatre in the summer.”

Mr. MacDonald – “I’ve worked for Five Star for eleven years. I first started when Mr. Endslow asked me if I was interested in being a camp counselor. I was always interested in Five Star, so of course I said yes.”

What can the audience look forward to when seeing Elf: The Musical Jr.?

Mr. Endslow – “The audience can look forward to hearing and seeing some fantastic music with big musical numbers, along with a very uplifting story.”

Mr. MacDonald – “One thing I know I would be excited for is Christmas in July! There’s a lot of magic in this show, the younger audience members will definitely like it and they may become regular theatregoers. The kids will get to see Santa Claus, after all.”

From a technical standpoint, was it a lot of work to produce this show?

Mr. MacDonald – “There is a lot of work and stuff to put together in only four weeks, but I’ve been doing show sceneries for ten years, so I’ve got this process down to a science. We have lots of volunteers from the high school coming to help, which is a big plus.”

What do you think kids get from The Five Star Theatre Company experience?

Mr. Endslow – “Five Star is so much fun. It’s definitely worth it for kids to try it. Often I see kids who meet other kids over the summer and become best friends for life. From an educational standpoint, Five Star gets kids more confident in their skills, not just in theatrical ability, but also in communication.”

Mr. MacDonald – “Five Star is not just all theatre. The summer camp also includes activities like arts and crafts, games, sports, and workshops. Kids absolutely love it. I’ve seen kids who participated with Five Star grow up to become the high school volunteers that come back and help out.”

Do you have any closing remarks on the upcoming show?

Mr. Endslow – “July is my favorite month of the year.”

Elf: The Musical Jr. will be shown at The William Endslow Performing Arts Center at Reading Memorial High School on July 28th and 29th at 7:30 PM. Tickets will be sold for $15 and are available by contacting fivestar01867@yahoo.com. For those interested in auditions and more information, please contact fivestartheatrecompany@gmail.com.