Reading, MA — All four candidates for election to the School Committee came together to discuss the issues at RCTV on Tuesday, February 11. Present were the three candidates for the two three-year terms on the committee, Megan Fidler-Carey, Erin Gaffen, and Carla Nazzaro, as well as the only candidate for the one-year term on the committee, Shawn Brandt. The one-year term was created as a result of the resignation of Elaine Webb last fall. The forum was moderated by Catie Robertson, with questions posed by Joanne Sender of the Observer/Advocate and Stephanie Johnson from the Reading Post. 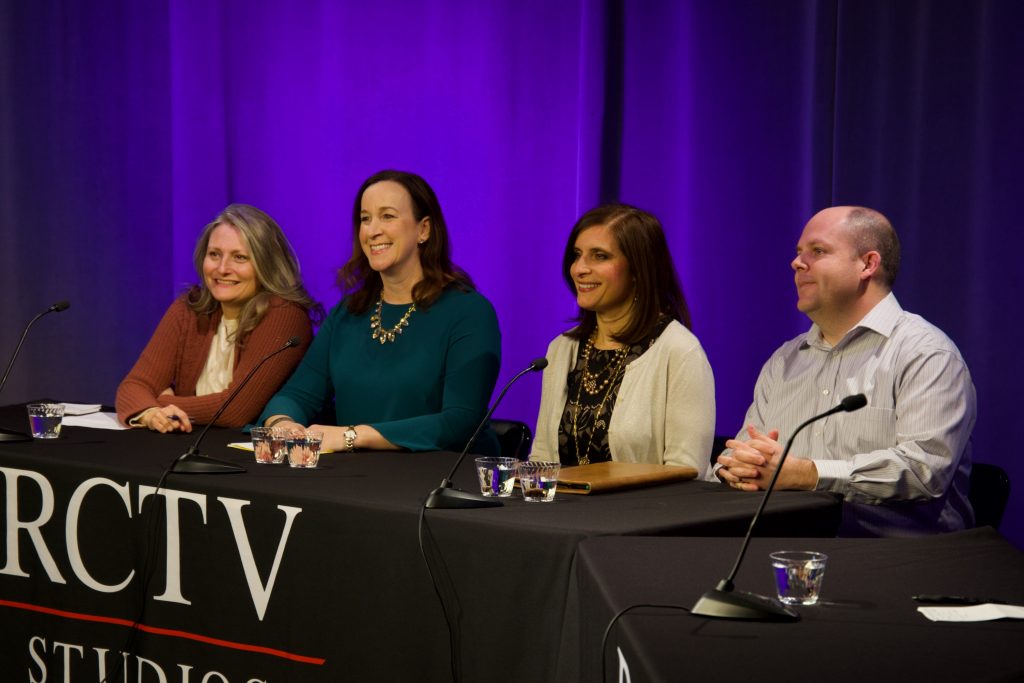 Twenty-year educational veteran Megan Fidler-Carey believes she can contribute to the committee with her experience connecting the community to schools. She was surprised by the contract extension offered to the superintendent and stated that she would like to know the reasoning as to why the current committee voted this way. If needed, she would look for a superintendent who distributes leadership and allows staff to do their work. She would like a person who hires staff with complementary experiences. Fidler-Carey feels that a new building at the Killam site is the best scheme for meeting elementary space needs, though care needs to be taken about letting families think that it is coming soon. She does not think that the high school is the best location for the RISE program and that any plans need to be mindful of the expansion to full-day kindergarten. 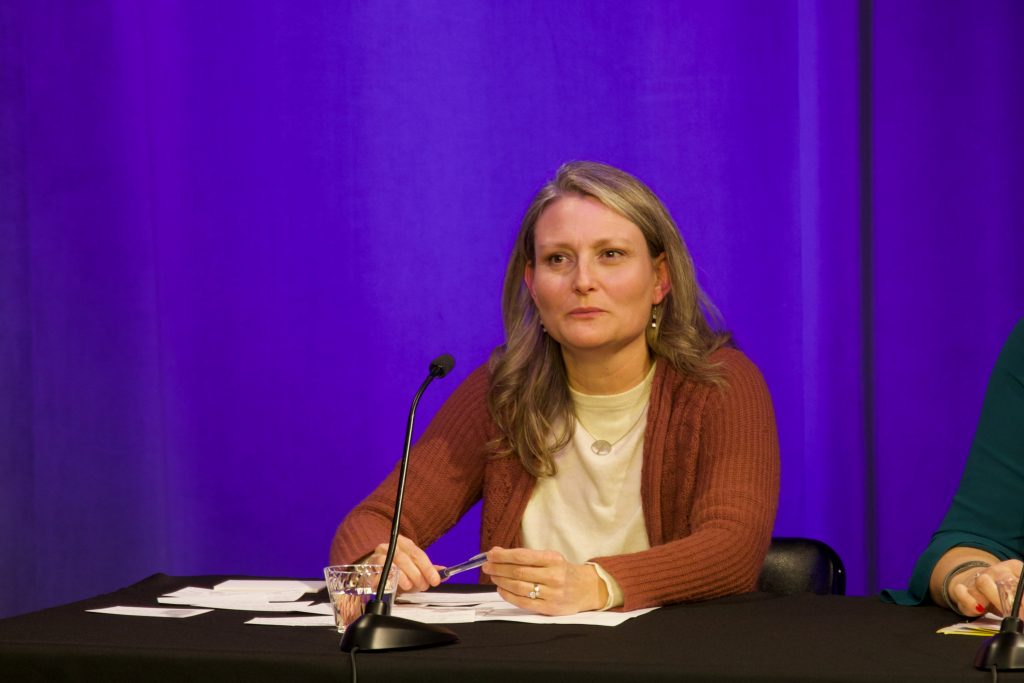 Fidler-Carey believes that many people use Facebook and other social media platforms to find out information and that this tool should be utilized, though with clear rules and guidelines for use. She believes that Reading needs to plan for full-day kindergarten as it will soon be mandated. “We must consider full-day K,” she declared. “or it will be chosen for us.” She suggested looking to similar communities for ideas regarding how to best implement full-day kindergarten. She also stated that “from her perspective” Reading students feel well-prepared for the rigors of college.

Fidler-Carey suggests that the town can be united around the schools and those community events to highlight what the schools are doing can be used to do so. To help stem the rising costs of special education, Fidler-Carey wants to build on the expertise of existing teachers in the district and limit the use of costly outside experts. She also advocates for increasing student support services as a means to combat student substance abuse. She believes that she is perfectly suited to the role of School Committee member at this point in her life. She concluded quoting RHMS alum, Mark Erelli, “If I can’t change the world, I’ll change the world within my reach.” 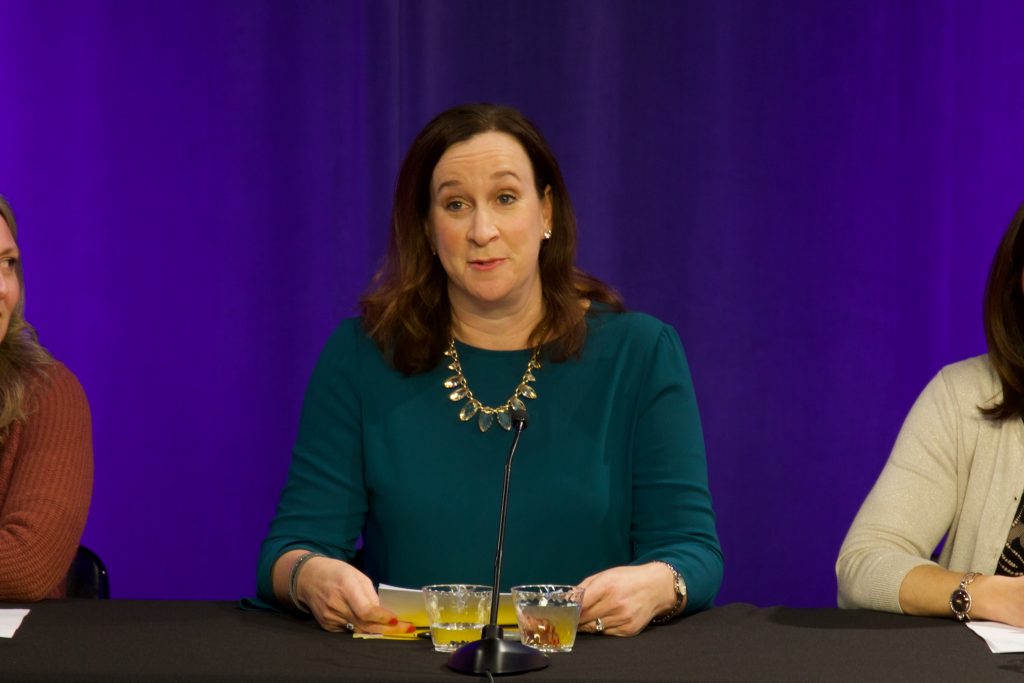 Erin Gaffen is a former special education teacher and administrator, noted for her work on the recent “Yes for Reading” campaign. She was not in favor of extending the superintendent’s contract and would look for a leader and communicator who is caring and engaging, and creates a culture of respect if called upon to seek a new superintendent. She believes that the eight or nine modular classrooms that the district will have next year are “not a long-term solution” and that she prefers “Scheme B” to meet the long-term needs for elementary space expansion.

Gaffen stated that she believes that people want information quickly and easily and in small quantities and that not taking advantage of social media to get the school department message out to people is a lost opportunity. She believes that full-day kindergarten needs to become a community priority and should phased-in over several years. When questioned regarding the preparation of Reading students for college, she is curious to see what the “Portrait of the Graduate” brings but believes that the high school should offer a more diverse selection of Advanced Placement courses. She is pleased that the college fair is now a college and career fair.

Gaffen lists communications from the district as “one of my number one priorities.” She cited events such as Reading 375 as a means to unite the community. Gaffen believes that special education costs can be contained by continuing to build capacity for services within the district. She wants to help combat substance abuse by making sure that every student has one trusted adult in the schools combined with more health education and more school counselors. “I am a proven leader and collaborator,” Gaffen stated. “I have something unique to offer the School Committee.” 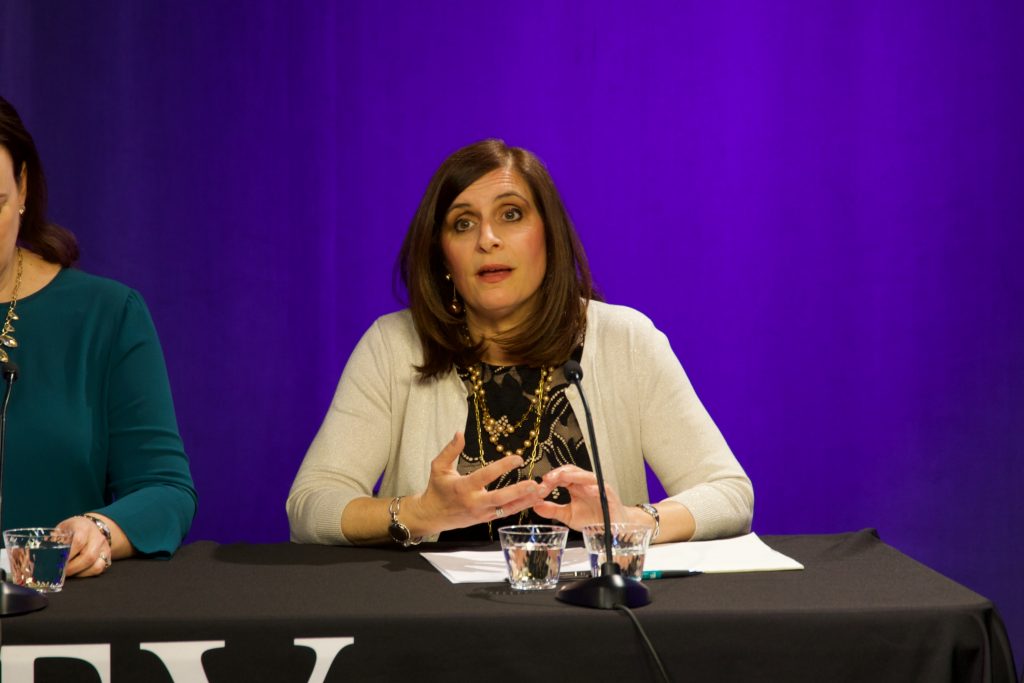 Project manager Carla Nazzaro was not in favor of the extension of the superintendent’s contract voted on by the current committee. If necessary, she would seek a new superintendent who is a leader with a strategic vision who engenders trust and fosters an open and transparent environment. If she had to choose now, she would favor the $85 million “Scheme B” option for elementary school space needs, noting that she has experience with the bidding process for multi-million dollar projects. Nazzaro believes that social media engagement would help with transparency and communication issues.

She also believes that because academic expectations have increased, full-day kindergarten is coming. She would like to begin the planning process now so that the district is not stuck having to do it all in one year. She also would like to see what the real costs of kindergarten are currently so that proper planning can occur. Nazzaro would like the high school to support all its students, offering more electives, especially for students not going to college. She also believes that events at the schools can be used to help develop town pride and that an email list for those who are interested in the schools but do not have students in the schools needs to be developed.

“As a parent, you are only as happy as your least happy child,” Nazzaro stated in response to special education costs. She believes keeping as many services in-district as possible is key, stating that in-district costs are one-third of out-of-district expenses. She also believes that early detection of needs reduces costs as well. Nazzaro concluded pledging to “always listen” stating that “Is this good for children?” will be her litmus test for every decision she makes on the School Committee. 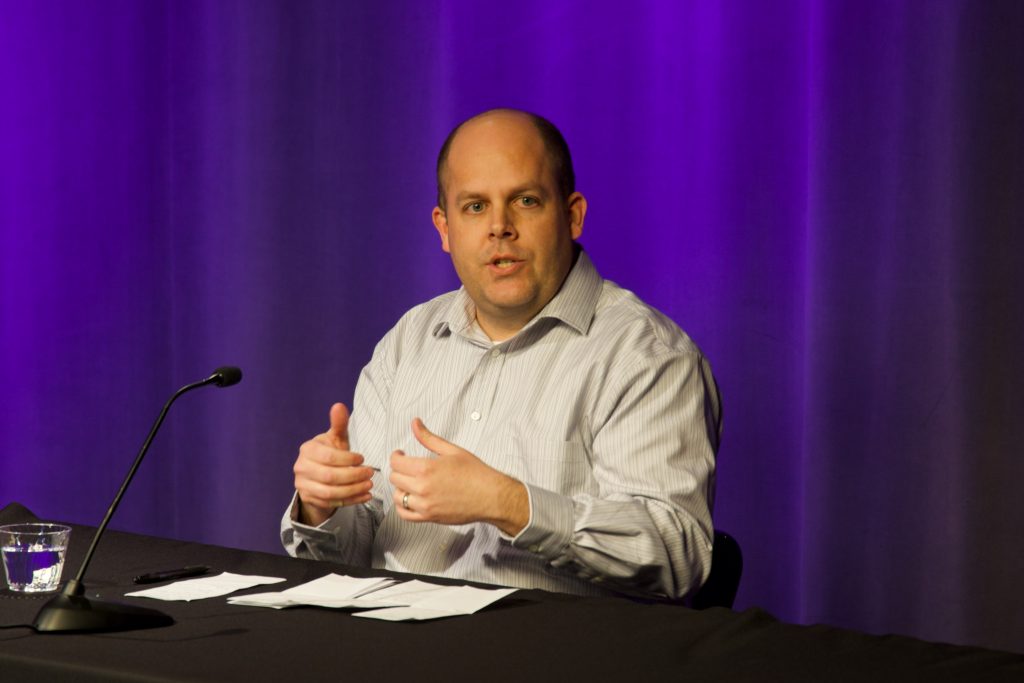 Current Finance Committee member and strategy consultant Shawn Brandt is the only candidate for the one-year term on the School Committee. He believes that he has the ability to take complex questions and develop a structured approach to them. He was not in favor of the superintendent’s contract extension and, if needed, would look for a superintendent candidate who had previously elevated a system like Reading in the past. He wants to ensure that elementary space needs are not met with the minimum viable solution, but would like to see “breathing room” in all the schools. He favors “Scheme B” as a possible solution.

Brandt answered a question regarding social media engagement with a “Resounding – Yes! If we don’t engage on Facebook, it happens to us.” He sees social media as a tool to get out in front of issues and to meet people where they are. Brandt describes himself as a strong advocate for full-day kindergarten and sees the lack of it as a serious equity issue. He would like to move toward full-day kindergarten, dialing down tuition over several years. He is encouraged by the “Portrait of the Graduate” work now being done and hopes it will create new ideas to see if more can be done to encourage students.

Brandt would like to encourage unity by bringing other populations into the schools, using unique tools to bring people together. He believes that “Special education is ethically and morally the right thing to do” and that costs can be contained by bringing even more services in-district. Brandt also thinks that more social and emotional supports in the early years of schooling can help curb substance abuse. He concluded by stating that he is excited to join the School Committee, “The fresh start [with three new members] will bring new energy.” 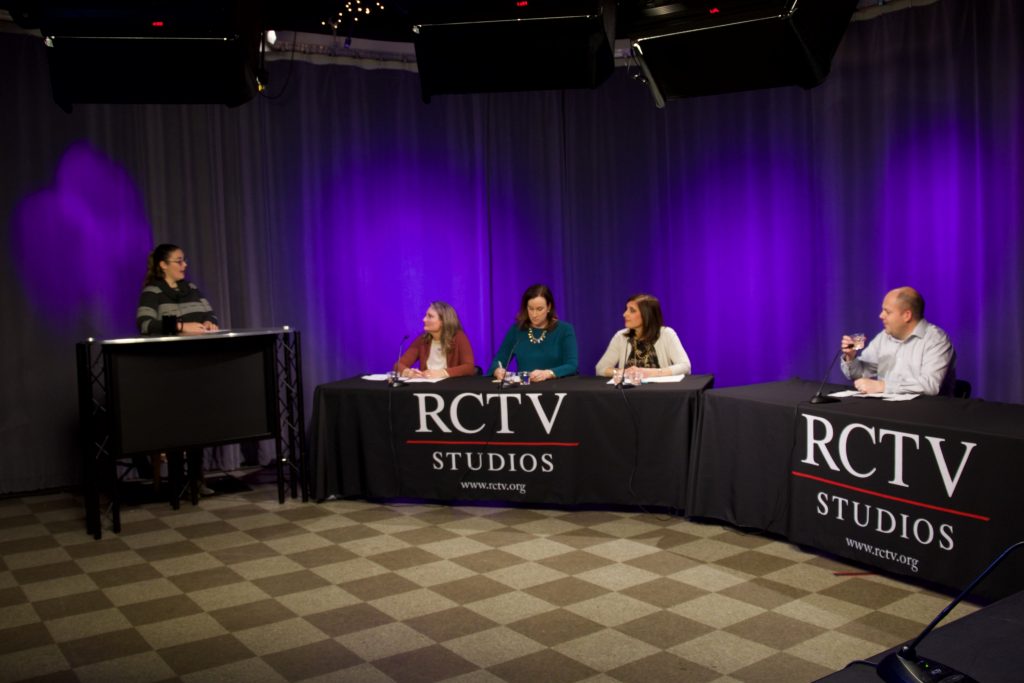 The local election will be combined with the Massachusetts Presidential Primary on March 3 at the Hawkes Field House at Reading Memorial High School. Early voting will be from February 24-28 at Town Hall. Robertson concluded the forum, encouraging all residents to participate in the process and vote. The forum in its entirety is available on RCTV’s YouTube page and will be replayed on the RCTV Public access channel (Verizon 31, Xfinity 9) though election day.