Reading, MA — The three candidates for the two seats on the Select Board faced off on RCTV on Thursday, February 13. The forum, moderated by Alan Foulds, featured questions posed to the candidates by Joanne Senders from the Observer/Advocate and Catie Robertson of the Reading Post. 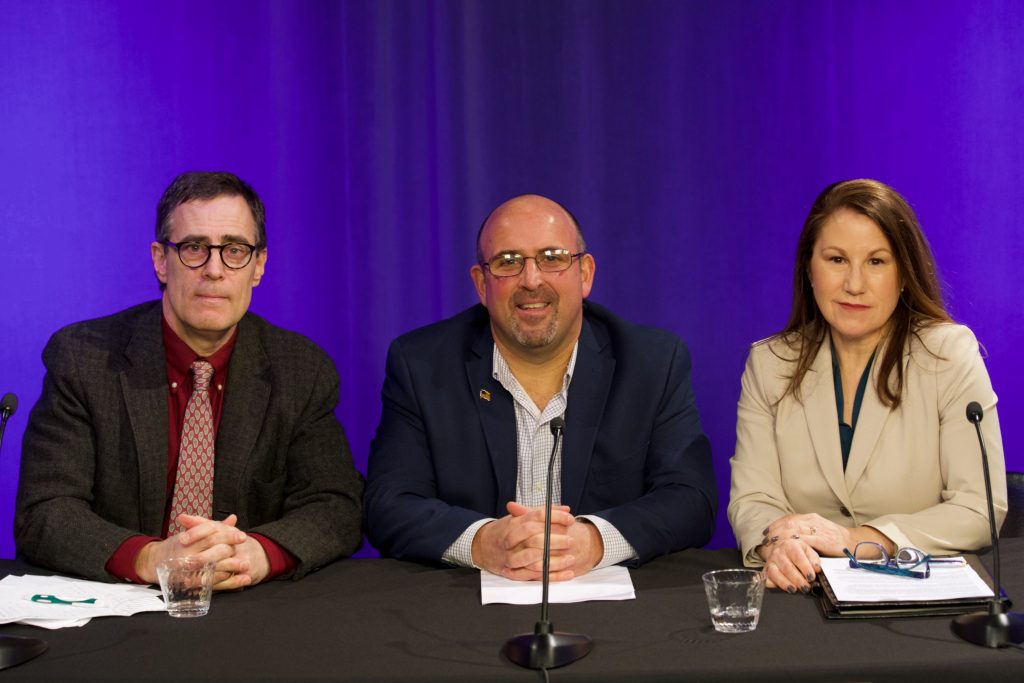 Incumbent Andrew Friedmann spoke of his apologies to the police department regarding his comments at the most recent Select Board meeting where he stated that he was “intimidated by all the police officers in this room. I have to live in this town and you all carry guns.” He suggested that he has always been a big proponent of the police and fire departments, citing his support of the 2018 override because “the police needed five more officers and schools were going to have to cut programs.” He continued that he “supports the Reading Town Charter” and that the Town Manager went through a “hard and detailed process” to choose a candidate for police chief. He says he heard the police last Tuesday night regarding their concerns and frustrations, although he supports Select Board Chair Vanessa Alvarado’s decision to have a discussion and not a vote on the issue. He then stated that the board recognized that the situation is untenable and agreed to have a vote next week. 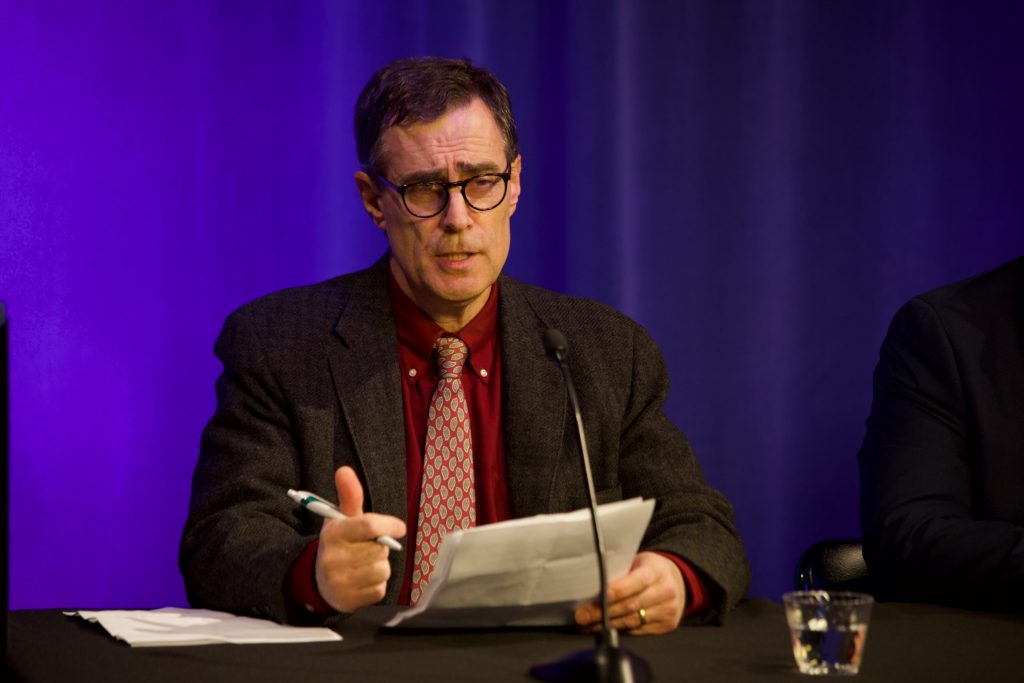 Friedmann believes that one’s party affiliation should not affect one’s decision-making process and that doing so would not serve Reading well. He recognizes that most decisions have little to do with “red/blue state politics.” Friedmann’s vision for Reading in 2030 is one dedicated to sustainability and renewable energy with a thriving downtown. He stated that he was opposed to a recent board vote not to require developers to provide “as-built” plans to the town prior to occupancy permits being issued. He is proud of having worked on the board’s onboarding manual for new members and having worked on the town meeting warrant article providing testing for natural gas leaks in town.

Friedmann believes it is important to recognize the expertise volunteers bring to town committees and to understand the amount of work they engage in, also that any communication plan developed by the board needs to encompass various media types. He wants to focus his second term on more development of the capital investment plan and moving Reading into the 21st Century in the use of renewable energy. 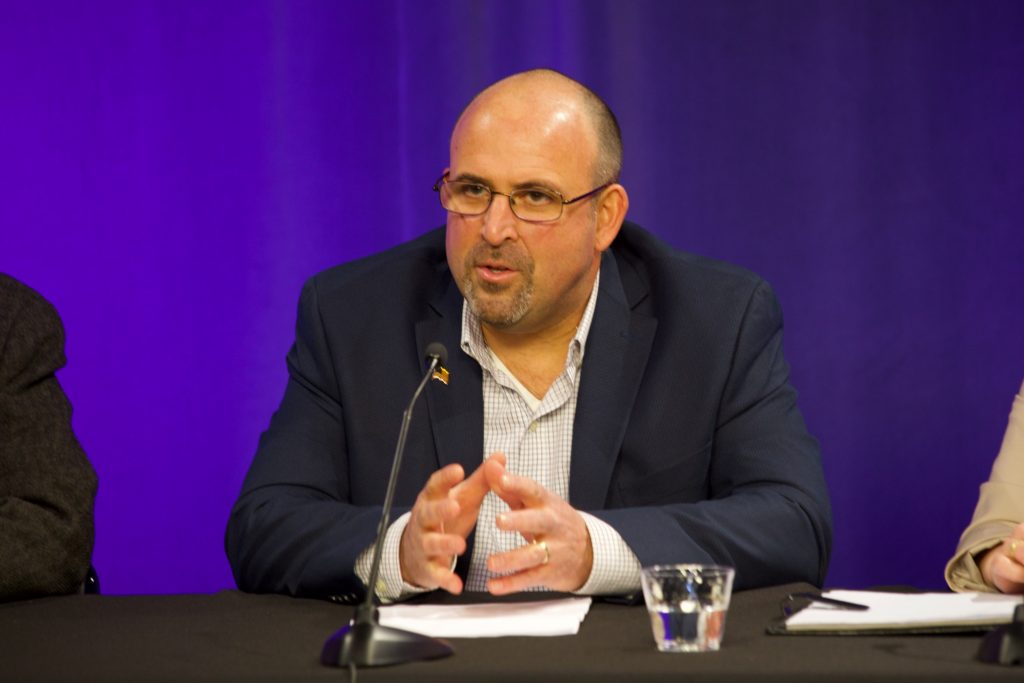 Carlo Bacci is the former owner of local business and the current owner of a small business located in Swampscott. He stated that serving on the Select Board is “all about leadership” and “working within its parameters.” He believes that the Town Manager did his job in the “detailed and professional” police chief hiring process and he fully supports the selected candidate for the job. He believes that the plan was to not have a vote on the new chief before the election and that this was a “flagrant misuse of power by the [Select Board] chair.” He also believes that it is time to “move on as a community.”

Bacci believes that national politics should not have a role in local matters and that is important to understand that the community is made up of diverse voices. “I want to be there to listen and advocate,” he stated. Bacci supported the 2018 override because the need was “communicated every well.” While the override was only designed to last 3-5 years, Bacci wants to work to “make it last as long as it can” and wants to avoid overrides as much as possible. Bacci’s vision of Reading in 2030 is one with a vibrant community living downtown with increased parking. He would like to see growth continue with rezoning designed to bring new businesses to town.

Bacci believes that the Select Board’s discipline of a local liquor store with repeated sales to minors was “basically a slap on the wrist” and that the board needs to “send a strong message” regarding underage drinking. He stated that because he has been a small business owner for 30 years, the board can benefit from his eyes toward cost/benefit analysis. He believes appointing good people with a good process is key to relationships with other boards and that good communication with residents often comes down to resources available to the task. Bacci wants to help show the town that the board can work together and that he would like to “help the town grow and manage that growth.” 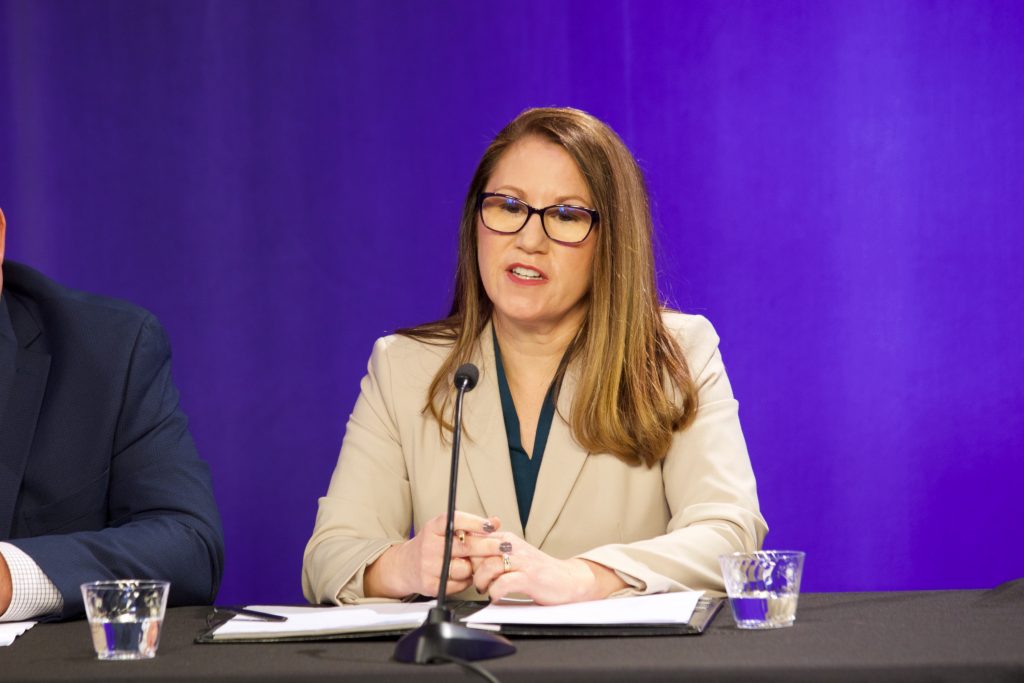 Karen Gately Herrick is a five-year member of the Finance Committee and the committee’s liaison to the Reading Municipal Light Department. She is a local real estate broker who would like to implement more green and clean energy projects in town while maintaining fiscal responsibility. She believes that the police chief is one of the most important positions in town and the current deputy chief is “nothing but professional.” She stated that the Select Board “needs to carry out its responsibilities with professionalism” and the completion of the appointment of a new chief is of the highest priority. She stated that local politics are “non-partisan” and that local officials need to work for the good of the community, taking opportunities to listen.

Herrick shared that she “absolutely supported” the 2018 override because it was important to support the schools and the operational budgets. She looks forward to helping determine community priorities moving forward. Herrick hopes that Reading in 2030 will be a leader in green and clean energy. She also looks forward to updates to or a replacement for the Pleasant Street Center. When asked about a decision of the board that she was against, she responded that she was in general support of the board during the past year.

Herrick cited her instructional motion, which was approved by Town Meeting, urging Reading to join the “Green Communities” initiative which could provide funding “for things we are already doing” as an accomplishment that contributed to the community. As a local real estate broker, she took exception to Bacci’s assertion that he is the only small business owner running for the board in recent memory.

Herrick believes that the Select Board should have specific outreach initiatives to other boards, inviting them to visit the board, all while encouraging Select Board liaisons to attend the meetings of the other committees. She thinks that “so much comes down to communication” in town and that email and social media should be used more to help with transparency. Herrick pledges that “listening and maintaining open lines of communication with the people” will be her priority. 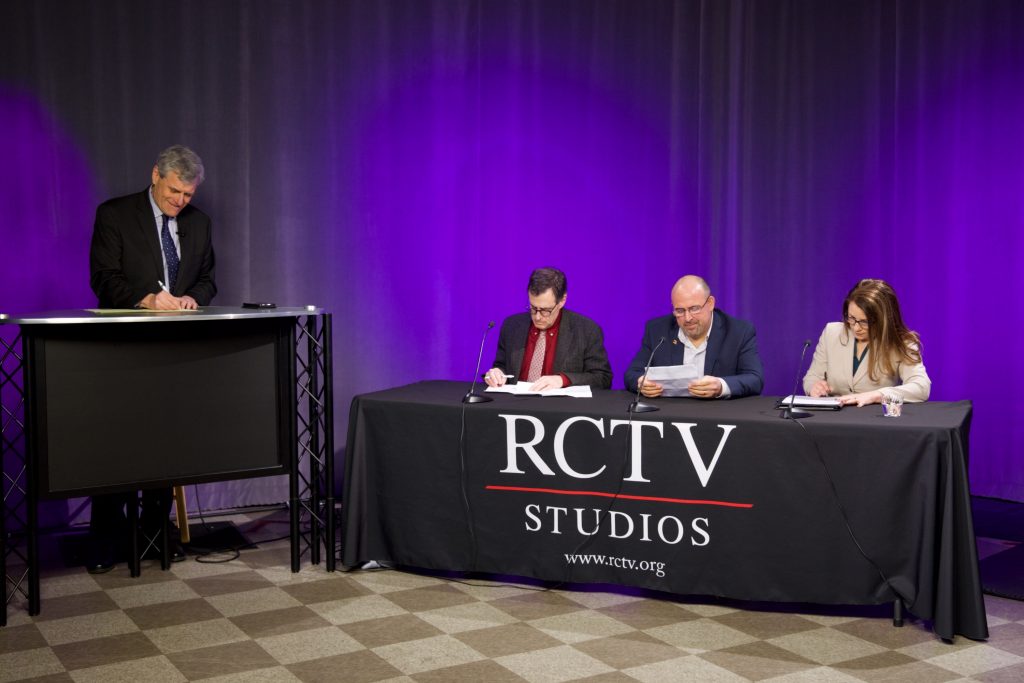 The local election will be combined with the Massachusetts Presidential Primary on March 3 in the Hawkes Field House at Reading Memorial High School. Early voting will be from February 24-28 at Town Hall. Foulds concluded the forum, encouraging all residents to participate in the process and vote. The forum in its entirety is available on RCTV’s YouTube page and will be replayed on the RCTV Public access channel (Verizon 31, Xfinity 9) though election day.